Martin Gardiner Bernal, Professor Emeritus of Government and Near Eastern Studies at Cornell University, died on June 9, 2013 in Cambridge, England.

The basic outline of Martin Bernal's life is relatively straightforward. The son of writer Margaret Gardiner and the radical scientist, J. D. Bernal, Martin Bernal was born in London on March 10, 1937. He attended a progressive, coeducational boarding school, Dartington Hall School in Devon, where he made many lifelong friends. Before attending Kings College, Cambridge University to study Mandarin Chinese, he served two years in the Royal Air Force. At Kings he met and married Judy Pace with whom he had three children, Sophie, William, and Paul. The oldest, Sophie, was born in Berkeley, California, one of the two American universities where Martin studied as part of his Harkness Fellowship which he received as a graduate student at Cambridge University (the other university was Harvard). After completing his Ph.D., Martin remained at Kings as a fellow. Cornell University contacted him in 1972, however, and he was lured away from one university to another. Cornell's offer came at an opportune time as his first marriage had ended. He received a flexible appointment at Cornell which enabled him to live in his Cambridge, England house half the year in order to be with his three young children. In 1977 he married Leslie Miller, a faculty member at Wells College who had a young son, Adam. They continued a trans-Atlantic lifestyle, living in Aurora or Ithaca during the academic year and Cambridge, England, during the summers. Together they had a child, Patrick, who made the fifth in this combined family.

Interspersed with these basic life events, Martin Bernal lived and studied in China; traveled to and wrote about Vietnam during the war; and worked on a family trust in Malawi, southern Africa. In fact, his life and travels were so extensive that he organized his memoirs (Geography of a Life) by place. Everywhere he went he learned the language, so that he knew with greater or less fluency Mandarin Chinese, French, Chichewa (a Bantu language), Vietnamese, Japanese, Hebrew, Greek, various ancient Egyptian languages, Spanish, and German, among others. Martin loved learning languages. He compared his feelings of being in a language lab to a child in a candy store.

While Martin's publications were originally on Chinese socialism and Vietnamese history and politics, in the mid-1970s he changed his focus dramatically to the ancient Mediterranean world. The first volume of his seminal and controversial work, Black Athena: The Afroasiatic Roots of Classical Civilization, was published in 1987. Two more volumes followed, as well as a book written in response to his critics. Black Athena has been translated into many languages and the subject of scholarly conferences, a film, and television and radio programs. Martin felt very grateful to Cornell's Department of Government which tolerated his fundamental shift in scholarly focus and allowed him to teach new courses, such as the politics of scholarship.

Many friends, family members, and colleagues will remember Martin for his wonderful sense of humor and wide-ranging knowledge, not only of history and political events but a surprising amount of popular culture, too. He enjoyed watching sitcoms on television and could cite many episodes of "Seinfeld" and "Friends." Folk music was important to Martin. Although not trained formally in music, he loved singing, sometimes to the embarrassment of his children, and knew an incredible number of verses of Irish, Scottish, English, and American folk songs. Martin was passionate about politics and had strong liberal views about U.S. domestic and foreign policy and signed many petitions and joined anti-war marches. Friends of many years described Martin as "brilliant, charming, lively, unpredictable, slightly wicked, but loving and fundamentally humane . . . one of the finest people we've ever known."

A funeral is being held on June 19th in Cambridge, England, to be followed in the autumn by memorial services on each side of the Atlantic.

Published by Ithaca Journal on Jun. 13, 2013.
MEMORIAL EVENTS
To offer your sympathy during this difficult time, you can now have memorial trees planted in a National Forest in memory of your loved one.
MAKE A DONATION
MEMORIES & CONDOLENCES
14 Entries
Dear Professor Leslie and family,

We were so very sorry to hear of Dr. Bernal's passing. We will always remember him as a kind and gentle person, who had such a huge gift of knowledge to share with the world.

Please accept our deepest sympathy during this difficult time. 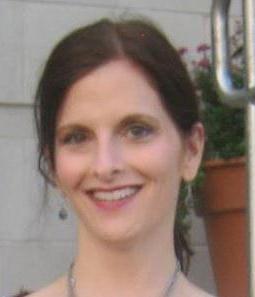 Dear Leslie and Family: I am so sorry for your loss. I have always been impressed with Martin's intellect, but I had no idea until I read this obituary just how accomplished he was at so many varied things. His facility with languages is especially impressive, as is the modesty with which he always conducted himself. I'm so glad I had the chance to know Martin, even if only a little. Again, I am so sorry for your loss and hope that knowing your friends and family have you in their thoughts and prayers will help you carry on in Martin's absence. With deepest sympathy, Karla Leybold
Karla Leybold
July 16, 2013
Professor Bernal contributed more than he probably knew to the scholarly study of Haitian culture, especially the African-rooted religion of Haiti. My contacts with him were few but always clarifying and illuminating.He passed his wisdom and knowledge along with uncommon grace.
LeGrace Benson
June 23, 2013
Recently we sang at services (Unitarian Fellowship) of mourning and grief and hope and love entwined and existing together and I thought of Martin and all of his wonderful complexities. Not only was he brilliant but he was loving and caring and funny and thoughtful - he loved to eat and sing and be with children. He will be missed but will live on in our memories.
Jennifer Holmes
June 19, 2013
Celebrating a life well lived. We will cherish the memories forever.
Banghong FU
June 17, 2013
Dr. Bernal,

Thank you for setting the record straight and the paradigm shift your works have produced.

"Yet to tell this they saying to Zeus who hurleth the thunderbolt will I myself go to snowy Olympus, in hope that he may hearken. But do thou tarry by thy swift, sea faring ships, and continue thy swift sea-faring ships, and continue thy wrath against the achaens, and refrain thee utterly from battle; for Zeus went yesterday to Oceanus, to the blameless Ethiopians for a feast, and all the Gods followed with him; howbeit on the 12th day he will come back again to Olympus, and then will I go to the house of Zeus with threshold of bronze, and will clasp his knees in prayer, and methinks I shall win him"( Homer's Illiad; 415-430 ).

You will be missed good sir
Gustavo Robles
June 16, 2013
To the family of Martin Bernal: I am very sorry to hear of Martin Bernal's passing. He was my M.A. advisor at Cornell, and I will always remember his personal compassion and support during a difficult time for me. His courage, his insights, and his perspectives will always remain an inspiration for me.
Greg Doudna
June 16, 2013
We will miss terribly Martin's humble genius, kindness, generosity, and subtle humor. My profound condolences to his family and friends.
John Douard
June 16, 2013
Martin was one of the great minds and one of the gentlest, nicest people, of our times. His contributions to our understanding of the ancient world and of our own preconceptions in discussing it were always incisive and challenging. His extraordinary range of knowledge and competence guided by his brilliant insights made his work controversial: often resented more than admired by colleagues in academia, who usually attacked in teams or focused on one dimension of his research in order to challenge him.
I first met him decades ago when he came by my office with a question about the Roman epicist Silius Italicus. I was readying an introductory summary when he interrupted, politely, to say he was chiefly interested in the necromancy in book 13. He was, I think, my only colleague at the time who had read Silius. That was why I was surprised when he said he was in the government department, even more surprised when we went to a Chinese restaurant and he ordered in Mandarin, staggered when he mentioned, years later, plans for Black Athena and his work on Semitic alphabets.
He is utterly inimitable and irreplaceable
Frederick Ahl
June 15, 2013
Thank you!
RIP
Marina MÉNDEZ
June 14, 2013
Dear Leslie, Adam, Patrick and family,

Our sincere condolences to you on Martin's passing. He was such a kind, friendly and learned man. My the memories of his wonderful life stay with you.

Marvin and Susan Adlmean (now living in Arlington Heights, IL)
June 13, 2013
As a long time colleague and dear friend of Martin's we shared many pleasant hours discussing his research and publications. The obituary nicely recounted his remarkable life and family. His scholarship, humanity and his loyalty to his friends and family are a wonderful legacy. Susan and I extend our sincerest condolences to you and your family.
David Owen
June 13, 2013
Dear Leslie and family, I'm so saddened to hear this news. I enjoyed many chats in the cafe of Olin Library with Martin, where he shared news of his dear family and we talked about issues in child-rearing and world politics. I appreciated each of his interruptions of my work day and the chance to know him a bit. My tender condolences to all of you,
Brenda Marston
June 13, 2013
Sounds like such a modest person!
June 13, 2013
Showing 1 - 14 of 14 results