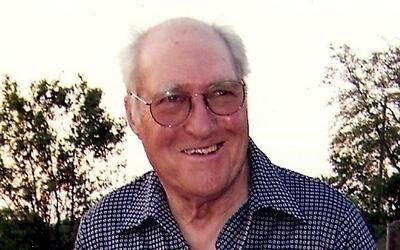 Orson Ledger Sr, 85 of White Church Road, Brooktondale died Thursday October 2, 2014 at Robert Packer Hospital as the result of a Motor Vehicle accident on September 26, 2014. Born in Detroit, MI son of the late Joseph and Margaret VanMarter Ledger. Orson owned Orson Ledger Apartments, in his earlier years had drove Tractor Trailor over the road, was a Dairy Farmer and laborer with the Local Union. Survivors include Daughters: Edith (Bob) Spaulding, BettyJean (Bob) Soule and Cathy (Steve) Rumsey, Sons: Raymond (Eileen) Ledger and Orson Ledger Jr. also several Grandchildren, Great Grandchildren, Nieces and Nephews, Sister-In-Law: Bernice Hall and a special friend Dona Phoenix. He was predeceased by a son Larry Ledger, wife Ellen Ledger, brothers Fred Hall and Carlton Hall. Funeral services will be held Tuesday October 7, 2014 at 1:00 P.M. at Bangs Funeral Home with Rev. Richard Lloyd of the Brooktondale Baptist Church officiating. Friends and family may call 11:00 A.M. to 1:00 P.M. prior to the service. Burial will take place at Cooper Cemetery in Brooktondale. In lieu of flowers donations in his memory may be made to the Brooktondale Community Center, Slaterville Ambulance or the S.P.C.A. of Tompkins County


Published by Ithaca Journal from Oct. 4 to Oct. 6, 2014.
To plant trees in memory, please visit our Sympathy Store.
MEMORIAL EVENTS
To offer your sympathy during this difficult time, you can now have memorial trees planted in a National Forest in memory of your loved one.
Funeral services provided by:
Bangs Funeral Home, Inc. - Ithaca
MAKE A DONATION
MEMORIES & CONDOLENCES
36 Entries
It was only today I heard of Orsons passing. I went to an auction and wondered if he would be there only to hear the news. I am sorry for your loss.
John
January 31, 2015
To all Orson's family,
Our Prayers are with you all.
He will be greatly missed.
Allen and Joyce Wilson
Allen Wilson
October 11, 2014
My sincere condolences to all of Orson's family - he will be remembered by many - may memories ease your grief.
Rose Liske
October 8, 2014
So sorry to hear of Orsons passing. He was a friend and a great person. Always there when you needed him. Now he'll be with Becky forever. My prayers are with you.
Geri Mason
October 8, 2014
Sorry to hear of Orsons passing. He was a good friend to me. Now he and Becky will be together. Loved his stories. My best to the family.
Geri Mason
October 8, 2014
We are so very sorry to hear of Orson's passing. It was only a couple weeks ago that Orson had called to have his truck repaired. He was a good friend, great neighbor and will be missed on the White Church Road. Thoughts and prayers are with Orson's family.
Wayne and Lorraine Pruitt
October 7, 2014
Sorry for loss your Dad was a great man, like a brother to my father Bob Hammond we had many laughs at Fraley's Auctions
Brenda Rosh
October 7, 2014
Betty and siblings, So sorry to learn of Orson's passing. We always ran into each other at Aldi's and ended up shopping together. He'd tell me stories about when he was a kid. I'll miss him. He was real, humble, and a great man. Huggs to you during this tough time.
Kitty Hall-Thurnheer
October 6, 2014
Sorry for your loss. Our thoughts and prayers are with your family.
Robert Caveney
October 6, 2014 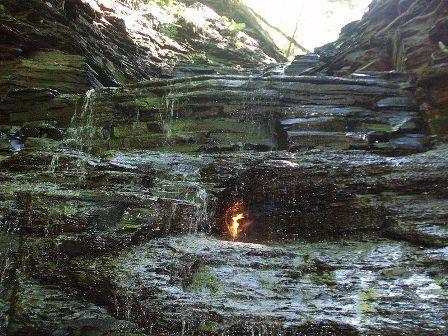 SORRY FOR YOUR LOSS..ORSON WAS A LONG TIME FRIEND OF MY LATE AUNT BECKY DODGE ...HE ALWAYS MADE ME LAUGH...GOD BLESS HIM AND YOUR FAMILY
PATRICIA MASON
October 6, 2014
Please accept my deepest sympathies.
mike whitted
October 6, 2014
Young Orson and Eddie,
It has been many years of knowing you folk and your Dad. Remember the barn chores on the White Church road and working for your Dad, Housekeeping at the boys dorm. He always keep improving himself. Always going. He will be missed by many and remembered by all that knew him. Ozzie if I can do anything to help please let me know. R.I.P. god is with you!
Linda Rohrer,Barnhart,Donahue, Emery
October 6, 2014
Grandpa u were surely the best man..yea u were strict with us grandkids..but we grew up n understood why..no regrets..but wont ever 4get all the huge garbage bags of toys n goodies u'd bring us at xmas time..)))..n All the big breakfasts n dinners as well with the family..but I want to say ty n luv u n miss u bunches..will cherish all the fond memories as a family.n so glad u were part of it..but want to send my condulences out to my ( spec aunt kathy rumsey)..n raymond n orson jr n eddie...im sry again for y loss..hez up in heaven now growing hiz wings..???
Tammy crance, rose
October 6, 2014
Kathy,
So sorry for the loss of your father. Prayers to you and your family.....
Sue Williams
October 6, 2014
I am so sorry for your loss my thoughts are with you and the family he was a great person
marie wing
October 6, 2014
My prayers are with you and your family.
JANICE SPAULDING
October 5, 2014
My prayers are with your family. May God comfort you at this time of need. God Bless!
sheryl n.
October 5, 2014
Dear Eddie and Bob,
Our condolences to you and your family. Prayers going your way.
June & Walt Smithers, Enfield.
June Smithers
October 5, 2014
So sorry to hear of Orsons passing. He and my dad grew up together and I have heard many stories of their younger years. Our deepest sympathies. Mark and Cindy
Mark and Cindy Gregrow
October 5, 2014
RIP, Orson...I remember our many conversations at Wickes and running into you several times since. Keep up the sense of humor..
Janet Grasso
October 4, 2014
Kathy - thinking of you in this difficult time. Love Jeannie, Leslie and Virginia
Jeanne Laux
October 4, 2014
april carpenter
October 4, 2014
We are sorry to hear ,,will be missed by many he.was a great landlord for the past 8 yrs he was a good man an we will miss him our thoughts an prayers are with all of you ,april an kyle carpenter
april carpenter
October 4, 2014
My prayers are with the family.
Linda Warner
October 4, 2014
Kathy ,so sorry to hear about your dads passing .I'm thinking of you at this time of sorrow ...
Theresa Bellavigna
October 4, 2014
My thoughts and prayers are with you and your family. He willl be missed.

Betty Besemer David
October 4, 2014
Kathy So sorry to learn of your Dad's passing. May your family, friends and fond memories help to get you though this sad time.
Marge & Jim Laughlin
October 4, 2014
May you RIP Orson.
Enjoyed working for you, and you were a great landlord.
Going to miss not being able to talk to you anymore.
May God be with you and Ozzie, Edie,Bob,Ray and the other children in your life.
Paul & Wendy Hinkle
October 4, 2014
Dear Edie & Bob, so sorry to hear about your Dad, thoughts & prayers are with you. Herb & Joan Ley. Naples, Florida
October 4, 2014
Or son was a great man whom I enjoyed as a neighbor , landlord and friend. I loved his sense of humor most of all.
Thank you for the memories
Scott Brown
October 4, 2014
we will all miss you at lowe's, your smile , your jokes, and your saying if i only had a brain. dale gullo
October 4, 2014
we will miss your smile @ lowes god bless
October 4, 2014
He was a wonderful man with a kind heart. He will always be an icon in this community. May he rest in peace.
norfe pirro
October 4, 2014
I met Orson Ledger during my mail delivery on the streets of Ithaca. he would always have a smile, a few words to say. Orson will be greatly missed.
Lyman Baker
October 4, 2014
Gonna miss shooting the bull with ya. Rest in peace orson
Clair Irvin
October 3, 2014
We are so sorry to hear of Orsons passing,,,,,,,,, You are in our prayers..
Billy and Shirley Taylor
October 3, 2014
Showing 1 - 36 of 36 results