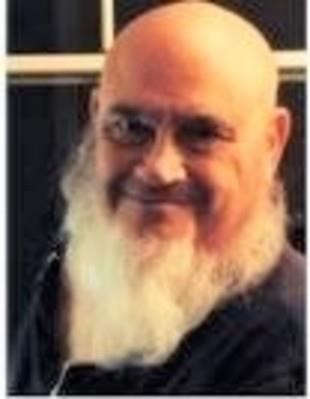 BORN
1939
DIED
2019
FUNERAL HOME
Ithaca Cremation Service
110 S Geneva St
Ithaca, NY
Peter Redfield Hoover died on October 11, 2019, a beautiful Hector fall day, looking out over the last of the apples and pears hanging in his beloved orchard, with his family by his bedside. The cause of death was a heart attack.

Peter was born April 29, 1939 in Ann Arbor, MI to Edgar Malone Hoover and Mary Frances Wolfe Hoover. He attended public schools in Ann Arbor and Washington, D.C. and the Sidwell Friends School, also in D.C., and busted out of Harvard in 1958, preferring to study Appalachian string band music rather than chemistry. To support himself, he worked as a time-study man at a meatpacking plant in South Boston, and recalled riding home after work on the T, with huge baloneys tucked under his arm, benefit of his job. Because he knew how they were made, he would never again eat a hotdog.

A lifelong ardent string band music player and appreciator, and a participant in Boston's active late 50s/early 60s folk scene, he began collecting Appalachian string band music in 1959, and over the years collected folk music, stories, and photos in Appalachia, England, Scotland, and Venezuela. In the U.S. he would go to a small town's general store, ask who bought fiddle or banjo strings, and track them down, lugging a heavy reel-to-reel tape recorder with him. Among his proudest accomplishments was the return of recorded legacies to the descendants of the musicians he recorded, encouraging them to continue their families' heritage. His sound recordings reside in the collections the Library of Congress and the Archive of Traditional Music at Indiana University. Many have been released under the Field Recorders' Collective label. He also studied folkways, including the production of white lightning, which became a lifelong interest, and has long since been passed around and evaporated.

He attended the University of Pittsburgh (B.S. 1964), Indiana University (M.A.1966), and Case Western Reserve University (Ph.D. 1976 in paleontology). He did his thesis research on the paleoecology and taphonomy of the permocarboniferous palmarito formation of the southwestern Venezuelan Andes, hiking in through Andean jungles to collect specimens on foot and by mule. He was so tall, a mule could easily walk out from under him, and a few did.

In 1978, Peter and his family moved to Trumansburg where he became director of the Paleontological Research Institution. He served there until 1992, then worked as an editor at Cornell University through 2009, and, in retirement, as a freelance editor.

Peter was a fine five-string banjo player, working with the Wilson Gap Boys of D.C., Sweet Pea and the F2s with Gregor Mendel and his Magic Violin, square dance bands in Indiana and Maryland, and that perennial Grassroots Festival favorite, the Possum Hollow Stompers, which has appeared at every Grassroots since the festival's inception. He loved British traditional morris dancing, and played English concertina for a variety of morris dance teams. He also played mandolin, guitar, and some scratchy fiddle.

He had an impish sense of humor, and was an enthusiastic gardener and orchardist, pulling hundreds of garlic heads, brandywine tomatoes, a multitude of potato varieties, and scads of tendergreen beans from his garden plot, and putting up dozens of jars of dilly beans, which he enjoyed sharing. With friends, he planted and tended a small orchard of English, German, and French cider apple varieties, and made internationally appreciated hard cider and adjuncts from their fruit. He delighted in mentoring young orchardists and cider makers, passing along the knowledge of his 45 years of cider making, and was always happy to share a bottle of his product or theirs.

Peter married Caroline Brooks Edwards in 1969, and they divorced in 1995. He joined with Peggy Haine in 2003 in a "commitzvah" ceremony. His pride and joy was his daughter Rebecca Brooks Hoover, MD, and her children, Turner Huckleberry Walters and Arya Neve Walters, all of Missoula Montana.

At 6'9", Peter was a great man in any crowd. After he retired, a green man tattoo on the back of his head further proclaimed his delightful oddball distinctiveness, as did a small tattoo on the top of his head that read "This End Up." Yes, Peter Hoover knew which end was up.

As he wished, there will be a memorial mammal roast in July, when we'll gather to celebrate Peter, his love of good food and drink, his wacky sense of humor, his love and his friendship. Those wishing to make contributions in his memory may contribute to "Cornell University" with "Peter Hoover Cider Fund, Horticulture" in the memo line, sent to Chair, Horticulture Section, Cornell University, 134 Plant Science Building, Ithaca, NY 14853.


Published by Ithaca Journal from Oct. 13 to Oct. 14, 2019.
To plant trees in memory, please visit the Sympathy Store.
MEMORIAL EVENTS
To offer your sympathy during this difficult time, you can now have memorial trees planted in a National Forest in memory of your loved one.
Funeral services provided by:
Ithaca Cremation Service
MAKE A DONATION
MEMORIES & CONDOLENCES
Sponsored by The Ithaca Journal.
9 Entries
So sorry to miss the Memorial. Much Love to Peggy for coping with the difficulties with such Good Spirits and Aplomb.
Bill Hoover
Family
August 5, 2021
I miss you, Peter.
Zeke Smukler
Friend
July 11, 2021
Perry City Friends (Quakers) are sorry to hear about Peter's passing. He was always in the Light as far as we're concerned. In recent years, whenever I called him to check or ask for advice, it was a fun filled and fulfilling conversation. I will keep his spirit in my prayers.
Tom Joyce
Perry City Friends
Tom Joyce
January 23, 2020
Peter's death is a sad thing for the world of science and music and for those who knew and loved hime. What a remarkable man! Beth Prentice & Thys VanCort
October 31, 2019
I am so sorry for your loss, Peggy. Sending you healing thoughts. And what a wonderful tribute.
Deborah Dietrich
October 16, 2019
What an lovely tribute for such a Renaissance man!
Sarah Adams
October 16, 2019
Another great soul has left us. Peter left his mark on so many different people. I feel privileged to have known him....even for such a short time and not terribly deeply. I will hoist a flagon of cider in his memory!
Tom Myers
October 15, 2019
Condolences to Peggy, Rebecca, Turner, Arya, and all his family and friends, but what an extraordinary life to celebrate! Presente Peter Hoover!
Maura Stephens
October 15, 2019
I will miss Peter's music and hospitality at the Dog Days Ale, and I wish I could have heard more of his stories.
Joyce Cockerham
October 15, 2019
Showing 1 - 9 of 9 results