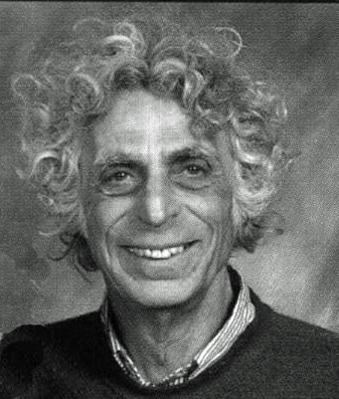 Ithaca: Robert Ascher was born April 28, 1931, the son of Albert and Claire (Eliscu) Ascher, 2014, and grew up in Far Rockaway, New York passed away January 8, 2014. After completing his undergraduate study at Queens College, where he met his wife Marcia, and serving a stint in the U. S. Army, Bob and Marcia enrolled in graduate programs at the University of California, Los Angeles in 1956. Upon receiving his Ph. D. in Anthropology Bob accepted a position as Assistant Professor in the Department of Anthropology at Cornell in 1960. He was promoted to the rank of Associate Professor in 1963 and Professor in 1966. In 2002 he was appointed Professor Emeritus. Bob distinguished himself early in his career by making important contributions that advanced the application of scientific methods to archaeology. His work on the use of ethnographic analogy and the design of archaeological experiments raised the standard for testing hypotheses about past human behavior and expanded the range of problems to which experimental methods could be applied. To this day these contributions and others continue to serve as cornerstones of modern archaeology. Ever critical of his own work and always a remarkable source of new ideas, Bob moved from a traditional scientific (in his view "jargon laden") method of presenting the results of his research to a more humanistic one. This work culminated with his poignant report on the excavation of a slave cabin in Georgia (published in 1971) in which his innovative use of rigorously scientific analyses of finds, slave narratives and other written sources to achieve humanistic objectives was on full display. Bob considered this work the pinnacle of his career in archaeology and decided it was time to do something quite different. From this point on he shifted his exceptional creativity and prodigious energy to visual anthropology, focusing on sculpture and film, where he once again distinguished himself. He developed a superior method of cameraless animation and employed it masterfully in producing award winning films such as Cycle, Bar Yohai, and Blue, A Tlingit Odyssey. These films are in the permanent collections of major institutions around the world. Most recently, Bob's work was featured in an international symposium ("New Visions: Experimental Film, Art and Anthropology") held at musée du quai Branly, Paris, France in March of 2012. Throughout his career Bob also collaborated with Marcia, a Professor of Mathematics at Ithaca College, on a wide range of projects in ethnomathematics. Best known, perhaps, was their study of Inca quipus (objects composed of colored, knotted cords used to record and transmit numerical information). This effort involved travel around the world to examine and document surviving examples and led to the publication of a database, jointly authored papers and a groundbreaking book, "Code of the Quipu" in 1981.

Bob will be greatly missed by many. He will be remembered by former students as well as colleagues for the passion and the innovation he brought to his teaching and his research. It was not uncommon for students to declare that his courses were the most interesting ones they had ever taken. Bob was also exceptionally generous with his time and his keen insights. He was as loyal a friend as anyone could hope to have. For the past few years as Marcia's health declined from the effects of treatment for cancer and other ailments, he cared for her until her death last year with a dedication that provided powerful testimony for the love he had for his wife of 57 years. The wonderful conversations we have had with him and that infectious, booming laugh have come to an end. But neither is likely to be forgotten by any of those whose lives he touched.

Funeral services will be held on Thursday, January 9 at 1:00 PM at Temple Beth El, with Rabbi Scott Glass officiating. Those attending must use Tioga Street entrance to the temple. Burial to follow at Lakeview Cemetery. Bangs Funeral Home will be assisting the family.


Published by Ithaca Journal on Jan. 9, 2014.
To plant trees in memory, please visit our Sympathy Store.
MEMORIAL EVENTS
To offer your sympathy during this difficult time, you can now have memorial trees planted in a National Forest in memory of your loved one.
Funeral services provided by:
Bangs Funeral Home, Inc. - Ithaca
MAKE A DONATION
MEMORIES & CONDOLENCES
12 Entries
He was intellectually fearless, a lot of fun to work with, and a good friend.
Barry Alpher
Student
January 3, 2020
Goodbye. Rest well. with much love....always
January 8, 2015
I loved the visual anthopology course I took with Bob. What he brought out of me stays with me til this day. He was a strong and insightful teacher.
J. Rudy Lewis
March 3, 2014
I had been in touch with my Uncle Bob
last month. We had tentative plans to meet
and have a meal and catch up. We got
a nice card with wishes for the holidays. Last
visit was before Aunt Marcia passed away.
He was happy I came by for a visit but I knew
his only concern was taking care of Aunt Marcia. When we were
growing up my Mom would force him to tell stories about his work
and travels,always fun and entertaining. We
all looked forward to his return trip and would hear
about them through letters he and Mom wrote. Uncle Bob and Aunt Marcia were loved. They both have touched
so many lives through their individual and collective
works. I was always so proud to tell people
about them. My family will miss you and
only wish we could have spent more time together.
I must believe they are together now in peace
which is how they lived.
XOXO
#icecream#yellowsubmarine#dancingatweddings
Bill (William Ascher) Lonstein
January 20, 2014
I will always remember my Uncle Bob's huge smile, wild hair, and booming laugh. My mother's favorite story about her brother was, when he was a child, a teacher told him that the only thing he would be good for is selling apples on Delancey St. He certainly proved that person wrong. My mother was very proud of all his achievements and the wonderful man he was. His brilliant mind, love for Aunt Marcia, all his accomplishments, and the lives he touched, will not be forgotten.
Claire Meakins
January 14, 2014
Many memories of long ago times. Saddened by your loss in many ways. Rest well.
As always
January 13, 2014
Rest well, Bob. You will be sorely missed. There are no longer such genuine and committed voices and souls as yours in academia.
Vilma Santiago-Irizarry
January 10, 2014
Bob Asher was an original thinker who possessed far-reaching creativity combined with deep reflective thought. I was privileged that he was on my Ph.D. committee at Cornell and to have done an independent study project with him. Bob understood the educational process that results in transformative thought and action and the way he interacted with students was to guide them along the process to develop insights and diverse ways of thinking. He also appreciated and honored the intelligence of traditional cultures as evident in their artistic and scientific expressions. Bob was an extremely ethical man who lived his values with great conviction and courage as I witnessed first hand over many years. To me, he is the epitome of the ideal professor and human being.
Antonia Demas
January 10, 2014
A brilliant man and a great human being
Jean-Jacques Decoster
January 9, 2014
Bob was not only a mentor for me during my grad school days, he was a friend as well. And later, a colleague in an unrelated field. Bob not only provided support and encouragement, he amused my family with tales of his exploits. There was the New Year's Eve at our farm when he and Marcia entertained us all with the saga of an evening long ago in Monte Carlo. Then there was the story about his dissertation, which he enjoyed sharing, and I enjoyed hearing, but was really meant to be a lesson for me. He was proud, and deserved to be so, about his academic accomplishments. But he was also, maybe more so, proud of his socio-political contributions, of which there were many. Rest well, my dear friend...
January 9, 2014
A true and deep and unconstrained thinker. It is my privilege to have been his student and friend
Barry Alpher
January 9, 2014
Bob was one of my most important mentors during my graduate work at Cornell in the 1960s, and unquestionably one of the most inspiring and innovative teachers I have ever known. He was incredibly generous with his time and energy and support, and made a profound difference not only in my career, but in my sense of style, direction and purpose. He was funny, eccentric and yet also very centered; and during the period of great upheaval on the Cornell campus during 1968-1969, was a model of calm and conscientious reflection for many of us. His work in the fields of archaeology and the arts, and his collaborative projects with Marcia, were models of creativity and science. Bob not only "marched" to a different drummer -- he also danced, laughed and sang to a rhythm all his own. Those of us who knew him, and had the privilege of being taught by him, will carry that example with us for the rest of our lives.
Joel Savishinsky
January 8, 2014
Showing 1 - 12 of 12 results