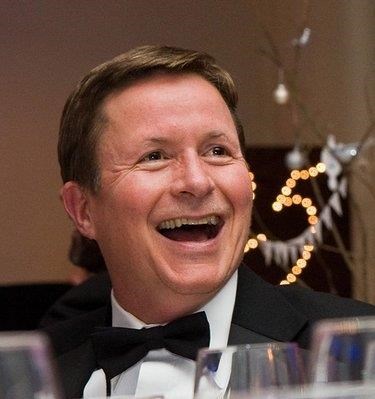 Samuel Allen McLafferty died December 4, 2017 at the age of 61 after a courageous battle with cancer. He was born to Fred W. and Elizabeth (Tibby) McLafferty on November 16, 1956 in Newton, MA. He is survived by his wife Vera Gilliland McLafferty and his children Joseph, Eva, Ben & Tess, his parents, and his siblings Sara (Urbana, IL), Joel (Santa Monica, CA), Martha (Hanover, NH), and Ann (Bangor, ME).

He graduated from Ithaca High School (1974), McGill University and Pennsylvania State University. For his master's thesis at the latter he wrote a computer program for Monte Carlo simulation to perform risk analysis on an Apple II personal computer. This program ultimately became "@RISK", the central product of Palisade Corporation, a global software company headquartered in Ithaca, which he founded in 1984. Sam was a "whiz" at math, science, and statistics and had the ability to focus these gifts on solving complex problems.

Sam was very active in the local youth hockey leagues and city projects such as the Cayuga Waterfront Trail and Tough Turtle charity mud race, and was a major supporter of the Elizabeth Anne Clune Montessori School of Ithaca. In addition, through Palisade, he made significant contributions to the local United Way and Salvation Army. There is even a scholarship in his name for graduating Ithaca High School seniors who demonstrate aptitude in computer science.

He had an indomitable spirit of optimism, energy and tenacity that he brought to all aspects of his life (as shown by his long-term and unwavering faith in the Buffalo Bills). He had a mischievous sense of humor, a ready smile and infectious chuckle. He was a loving father and husband and a kind, generous, and wonderful friend.

A celebration of Sam's life will be held Saturday, December 9, at 11:00 am at the Statler Hotel. If you would like to reach out to the family or share memories of Sam, please visit www.caringbridge.org/visit/sammclafferty.


Published by Ithaca Journal from Dec. 6 to Dec. 9, 2017.
To plant trees in memory, please visit the Sympathy Store.
MEMORIAL EVENTS
Dec
9
Celebration of Life
11:00a.m.
Statler Hotel
NY
Funeral services provided by:
Bangs Funeral Home, Inc. - Ithaca
MAKE A DONATION
MEMORIES & CONDOLENCES
Sponsored by The Ithaca Journal.
15 Entries
Dear Vera and family,
We are so very sorry about your loss of Sam. Our thoughts are with you all at this sad time.
Sincerely,
Garry and Gay Huddle
December 13, 2017
Rest in Peace Sam. My sincere condolences to the McLafferty family, especially Joe. I knew Sam through Diane.
Robin Taylor
December 8, 2017
Robin Taylor
December 8, 2017
To Joe McLafferty,

We send our heart-felt sympathy to you, Jenny, and your family on the passing of your Father.

Sincerely, Claire and Radames Perez
Claire Perez
December 8, 2017
Rest in Peace Sam. My sincere condolences to the McLafferty family. I knew Sam through Diane.
December 8, 2017
I would like to extend my condolences to the McLafferty family. I am and will be forever grateful for the opportunity that Sam provided me. Not only with the growth of my career, but also with the friendships that were created while working for him at Palisade. My thoughts and prayers go out to you during this difficult time.
Terri Pitzer
December 8, 2017
My prayers and thoughts are with Sam and his family. I knew Sam through his first wife, Dianne, my dear friend since my youth. I will pray for your peace.
Lisa Brunett
December 8, 2017
Our deepest sympathies to all of the McLafferty family. Thoughts and prayers with you all.
The Potters
December 8, 2017
May God comfort you all during this very difficult time of sadness.
Jeff and Beth Sprechini
December 7, 2017
Our deepest sympathies to you Vera, Joe, Eva, Ben, Tess, and whole family. Love, Peace, and Hugs to all.
The Kraus Family
December 7, 2017
I offer my deepest condolences to the family for the loss of Sam, their dear father and husband, and real charmer, for what little I knew him, in Palisade Risk conferences.
Sebastiano Rome Italy
Sebastiano Tosto
December 7, 2017
Vera and family,

I am very sorry for your loss. Sam was an amazing man with a wonderful sense of humor. I enjoyed being a part of the Palisade celebrations through the years. He will be truly missed by so many.
One New Year's Eve I ran into Sam and Vera out dancing. Just before midnight party hats were handed out. Sam had the cutest puppy dog hat with floppy ears and the biggest smile as he danced the night away. That is one of my fondest memories of Sam.
Karen McMahon
December 6, 2017
I worked at Palisade briefly, and I remember Sam's larger than life character and unique sense of humor. He was well loved and I send my condolences to his family and friends during this difficult time.
Jamie Ramirez
December 6, 2017
Dear Fred, Tibby, and family,
We wish to offer our deepest condolence for your loss. Our thoughts are with you!
Hening and Xuan
Hening Lin
December 6, 2017
My condolences to Dr Fred and Tibby of the loss of Sam .am sure he put up a courageous fight to the end before he was called home .Met him many years ago when I worked for his Dad at Chemistry Department .may he now rest in peace .
Bernie Cook
December 6, 2017
Showing 1 - 15 of 15 results