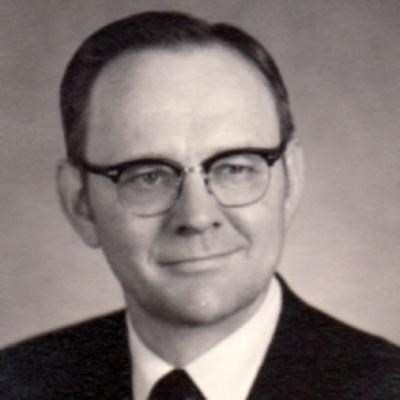 Dr. Willard J. Visek, MD, PhD of Champaign, IL, formerly of Ithaca, died March 31, 2014 at the age of 91. He is survived by his wife of 64 years, Priscilla, their three children, and six grandchildren. Willard James Visek was born to James and Anna Dworak Visek on a farm near Sargent, NE, on September 19, 1922. His grandparents were immigrants who came to Nebraska to join a large community of Czech farmers, and he spoke Czech before he spoke English. He started school at seven, riding a pony several miles to a one-room schoolhouse. He went to college at the University of Nebraska in Lincoln in 1940, cleaning the university cow barns and waiting tables to help pay for his schooling. He was active in the Future Farmers of America and was elected National Vice President of the FFA in 1943. While in college his ROTC unit was called up to active duty in World War II. He served three years, mostly as a Master Sergeant in the Direction of Fire section of a field artillery unit in France and Germany. After being released from military service, he finished his B.S. in Agriculture at the University of Nebraska in 1947, and went on to complete a PhD in animal nutrition at Cornell University. While in graduate school, he discovered that a girl he had dated at the University of Nebraska, Priscilla Flagg, was pursuing a dietetic internship in New York City, and went to visit her. They were married December 28, 1949 in Lincoln, NE. After receiving his PhD, Willard was a post-doctoral fellow at Oak Ridge National Laboratory before enrolling in the University of Chicago Medical School. After receiving his MD, he was appointed an assistant professor of pharmacology at the University of Chicago. In 1964 he was made a full professor of nutrition and comparative metabolism at Cornell University. In 1975 he became a professor of internal medicine at the University of Illinois with additional professorships in nutritional sciences and food science. Willard was editor of the Journal of Nutrition for six years, a fellow of a number of scientific societies, and was awarded the Osborne and Mendel Award by the American Institute of Nutrition for his pioneering research in ammonia and protein metabolism. He received an honorary Doctor of Science degree from the University of Nebraska in 1980 and was named a University Scholar by the University of Illinois in 1988. Upon retiring from the UI in 1993 he became an emeritus professor and continued writing papers and teaching for some years afterward. Most of his later work focused on the role of ammonia in the development of cancer and other diseases. He kept in touch with many former students and was proud of their accomplishments. Willard and Priscilla traveled extensively after their children left home, visiting Europe, China, Australia and Alaska. Willard was a practical and creative home handyman. He liked backyard bird feeding and building anti-squirrel devices. He always maintained a strong interest in farming, and enthusiastically followed Illinois basketball and Nebraska football. He enjoyed deer-hunting and fishing trips with his son and colleagues.

Willard will be remembered by many for his sense of humor. He loved to tell jokes with a mischievous grin and cackling laugh. Even as his memory failed in recent years, he was cheerful and quick to banter. He dealt with the challenges of old age with grace and humor. Willard's wife, Priscilla, lives at Windsor Court, 401 Burwash Ave. #273, Savoy, IL 61874. His daughter, Dianna Visek, and her husband Mark Ginsberg live in Urbana; daughter Madeleine Visek Cotts and her husband Eric Cotts live in Binghamton, NY; and son Clayton Visek and his wife Jenifer White Visek live in Grayslake, IL. He had six grandchildren: Nathaniel Cotts, Lauren Visek, Benjamin Cotts, Caitlin Visek, Bailey Visek and Peyton Visek. A memorial service will be held at a future date. Gifts in Willard's memory may be sent to the University of Illinois Foundation for the Dr. Willard J. and Priscilla F. Visek Lectureship Fund. Condolences may be offered at www.HeathandVaughn.com.


Published by Ithaca Journal on Apr. 5, 2014.
To plant trees in memory, please visit the Sympathy Store.
MEMORIAL EVENTS
To offer your sympathy during this difficult time, you can now have memorial trees planted in a National Forest in memory of your loved one.
Funeral services provided by:
Heath and Vaughn Funeral Home
MAKE A DONATION
MEMORIES & CONDOLENCES
0 Entries
Be the first to post a memory or condolences.