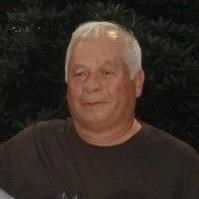 BORN
1945
DIED
2021
FUNERAL HOME
Broadway Colonial Funeral Home - Newton
120 E. Broadway
Newton, KS
Robert "Guero" Sandoval, Jr.
Newton - Robert "Guero" Sandoval, Jr., 75, died Tuesday (August 24, 2021) at his home in Newton, Ks.
He was born on December 7, 1945 in El Paso, Texas, the son of Robert and Juana Ortiz Sandoval, Sr. The family moved to Newton in the late 1950's where he attended local schools.
Robert married Ramona Estrada on September 7, 1968 at Our Lady of Guadalupe Catholic Church in Newton.
He had worked at the Hesston Corp. for 35 years, later working at Sharpline and Varsity Sports both in Wichita.
Robert was a major sports fan. He had played softball for the Holy Name team in Newton for several years. He umpired fast pitch and slow pitch games for the Newton Recreation Center. Robert enjoyed coaching football and baseball. He was along time member of the Newton Mexican-American Athletics Club.
An avid photographer, Robert could be seen throughout the community at many events taking pictures. He enjoyed volunteering for the sand volleyball tournaments and the car shows.
Survivors include his wife Mona of the home; sons Jimmy Sandoval and wife Nancy of San Antonio, Tx., Anthony Sandoval and wife Sandra of Colwich, Ks., Jesse Sandoval and wife Greta of North Newton; nine grandchildren; and seven great grandchildren.
Robert is also survived by his brother Ruben "Bennie" Sandoval and wife Sylvia of Newton; sisters Cruz Martinez and husband Nick of Hamlet, Calif., Rosa Gonzalez and husband Gilbert of Nickerson, Ks., Annie Castor and husband John of Wichita, Bertha Lowmaster and husband Gene of Phoenix, Az., Margie Titus and husband John of Newton, and Irma Unruh of Newton.
He is preceded in death by his parents; three brothers Betito, Jessie and Carlos; and three grandchildren.
The casket will be open at the funeral home on Sunday (Aug. 29) between 12:00 Noon and 6:00 P.M., where the family will receive friends between 4:00 P.M. and 6:00 P.M.
The Recitation of the Holy Rosary will be at 10:00 A.M., Monday (Aug. 30) at Our Lady of Guadalupe Catholic Church in Newton followed by the Mass of Christian Burial at 10:30 A.M.
Private family inurnment will be at the St. Mary's Catholic Cemetery in Newton.
The family would like to encourage those of you attending the visitation and services at the church to wear a mask.
A memorial has been established with Our Lady of Guadalupe Catholic Church, contributions may be sent to Broadway Colonial Funeral Home, 120 E. Broadway, Newton, Ks. 671114.
Condolences may be left at www.broadwaycolonialfh.com.
Arrangements are by Broadway Colonial Funeral Home, Newton, Ks.
Published by The Kansan from Aug. 25 to Aug. 28, 2021.
To plant trees in memory, please visit the Sympathy Store.
MEMORIAL EVENTS
Aug
29
Viewing
12:00p.m. - 6:00p.m.
Broadway Colonial Funeral Home - Newton
120 E. Broadway, Newton, KS
Aug
29
Vigil
4:00p.m. - 6:00p.m.
Broadway Colonial Funeral Home - Newton
120 E. Broadway, Newton, KS
Aug
30
Rosary
10:00a.m.
Our Lady of Guadalupe Catholic Church
Newton, KS
Aug
30
Mass of Christian Burial
10:30a.m.
Our Lady of Guadalupe Catholic Church
Newton , KS
Funeral services provided by:
Broadway Colonial Funeral Home - Newton
MAKE A DONATION
MEMORIES & CONDOLENCES
10 Entries
So saddened by your loss. Robert will be greatly missed. I was so fortunate & blessed to have known him. Sending Love & Prayers to Mona and family
Carmen Estrada
August 29, 2021
Bob was a great person. A very good friend and I will miss our talks.
Burke Lewis
Friend
August 29, 2021
Good Friend. Sorry for your loss. RIP Bob.
Bill & Karen Cowan
Friend
August 29, 2021
Praying for the family and sending love to you all. Remembering Robert as a fun and caring person. I was blessed to know him. Love to all the Sandoval family.
Eva Irene Florez
Friend
August 26, 2021
my prayers are with you and John plus Irma too.....God bless you all
Diana L Koerperich
Friend
August 25, 2021
Our deepest sympathy out to Robert's mediate family in this time of sadness. I want you to know that we share your loss also. Wedo was a good friend and good person. I am glad that i stopped by a couple weeks ago to talk to him . I will cherish that two hours that i had with him. Going to miss you !
edwin ybarra
August 25, 2021
Debbie and I are sending our prayers to family and friends.
Rich and Debbie Didier
Family
August 25, 2021
Out thoughts and payers are with your family.
Steve and Tonya Morford
Friend
August 25, 2021
A loving Father, Husband and an even better friend. I will definetly miss Bob.
Glen Darge
August 25, 2021
So very sad to see the news about Bob. He was such an inspiration to everyone. He will truly be missed.
Rose Decker & Peggy Myers
August 25, 2021
Showing 1 - 10 of 10 results