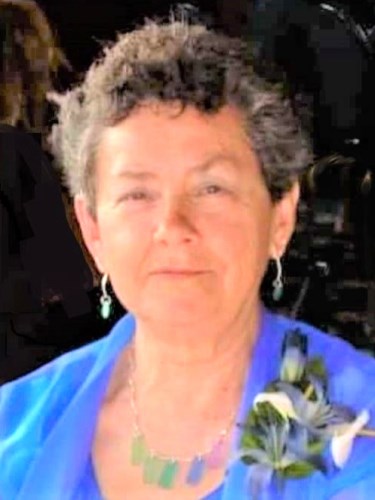 Alice Marie Dale was born June 9, 1934, in Owatonna, Minnesota, to Lee and Gertrude (Madsen) Thomas. She was raised in West Concord and graduated from West Concord High School in 1952. Following her education she worked for Josten's Yearbook. On July 25, 1953, Alice married Harland Dale at Moland Lutheran Church in Kenyon. After marriage they made their home in Kenyon for the next 37 years. After their youngest son headed to school, Alice started working at the local Coast to Coast store, doing a little bit of everything. Later she worked for Foldcraft and a local nursing home. Harland died in 1987.

In 1990, Alice remarried and moved to St. Charles. That marriage ended in divorce and she relocated to Northfield in 2005 to be close to her son Brian and family. Alice joined Bethel Lutheran Church and was involved in an array of areas including WELCA (serving as board secretary for many years), Via de Cristo, mission quilting, and was a member of the Folding Angels, and also volunteered her time at the Used-A-Bit Shop. She was a longtime member of First Lutheran Church in Kenyon. Alice enjoyed keeping active, reading, traveling, and visiting with family and friends. She was an avid quilter and knitter - making quilts for all of her family and knitting hats for babies and soldiers. Alice was kind, independent, and had a good sense of humor. She will be missed.

A memorial service in Northfield is being planned for April and will be announced. Memorials are preferred to Bethel Lutheran Church and the American Cancer Society.

www.northfieldfuneral.com
To plant trees in memory, please visit our Sympathy Store.
Published by The Kenyon Leader from Mar. 17 to Mar. 18, 2021.
MEMORIAL EVENTS
No memorial events are currently scheduled.
To offer your sympathy during this difficult time, you can now have memorial trees planted in a National Forest in memory of your loved one.
Funeral services provided by:
Benson & Langehough Funeral Home & Cremation
MAKE A DONATION
Please consider a donation as requested by the family.
MEMORIES & CONDOLENCES
0 Entries
Be the first to post a memory or condolences.