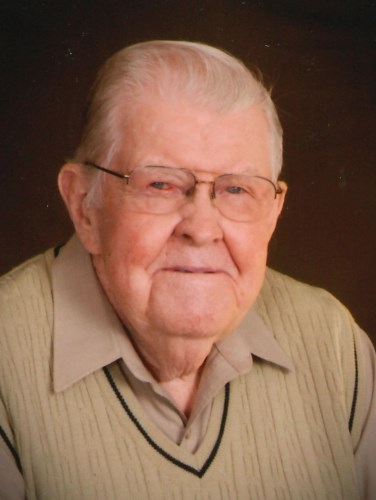 Arleigh was born in a maternity home in Kenyon, MN, son of Arthur and Clara Anderson. He grew up on a farm north of Kenyon with no electricity or running water. Besides working hard on the farm while growing up, he enjoyed fishing and playing sports. He attended a one room school in rural Nerstrand and played on high school basketball and football teams until graduating in 1943. After working the farm for a few years, he started operating heavy equipment for Iowa Road Building Company. He then joined the US Army, where he attended school for heavy equipment in Fort Hood, TX, and took a Leadership course in Fort Riley, KS.

On December 1, 1951, Arleigh married Elaine Andersen at Grace Lutheran Church in Nerstrand. They started their married life living in a 30 foot trailer and traveling while Arleigh continued road building. In 1954, they moved to Rochester. In June of 1955, he started MN State Patrol Training and on August 12, 1955, he started his 30 year career with the MN State Patrol in Rochester. He retired from the patrol in June of 1985 as a lieutenant. While on the patrol, he continued to operate heavy equipment for Leon Joyce Construction Company and Stussy Construction Company of Mantorville. After handing in his squad car keys, he drove motor coach all over the U.S. for another 20 years, until he retired at age 80.

Arleigh and Elaine raised their 3 children in Rochester. They enjoyed camping, traveling, and summer vacations at a lake cabin. Many hours were spent on the golf course, at home, and after retirement, in Tucson, AZ, where they wintered for 25 years.

He loved his grandchildren and enjoyed watching them grow up and have families of their own.

The Funeral Service will be held on July 8, 2021 with visitation starting at 12:30pm, and the service beginning at 2:00pm in the River Park Chapel at Macken Funeral Home with Pastor Vern Christopherson officiating. Burial will be at Little Cannon Cemetery in Kenyon, MN directly following the service.