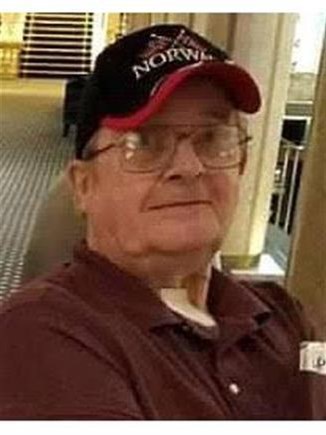 Joel was born to Ole and Marian Vold on December 30th, 1940 in Faribault, Minnesota. He is the oldest son of 9 children. He attended country schools as a kid in Wanamingo, Kenyon and graduated from Cannon Falls High School. After graduating high school, Joel immediately joined the Army where he served active duty from 1959 to 1965. Following his active time in the Army, he worked construction at the Koch Refinery, where he later retired. After retiring, he worked various jobs given that he was unable to sit still. Joel spent his final years greeting people at Wal-mart in Red Wing.

After being discharged from the Army in 1965, he married the love of his life, Janet Egge on May 24th, 1968. The two went on to have four daughters. The family spent most of their years in Cannon Falls area. The family of 6 grew by 15 grandchildren and 17 great-grandchildren. Grandpa Joel soon become 'Papa Dodo', to every child he met and he grow to love that name.

Joel had many hobbies including feeding his birds, spending time at the casino, traveling with family, and most of all he loved to spend time with his loved ones. His love for travel started long ago, yet his favorite trip was his most recent trip to Norway. While there, Joel got to meet family and grow relationships. Joel also enjoy watching any sporting event and talking cars with anyone that would listen.

Burial and Celebration to follow at a later date.
To plant trees in memory, please visit our Sympathy Store.
Published by The Kenyon Leader from Feb. 10 to Feb. 11, 2021.
MEMORIAL EVENTS
No memorial events are currently scheduled.
To offer your sympathy during this difficult time, you can now have memorial trees planted in a National Forest in memory of your loved one.
GUEST BOOK
0 Entries
Be the first to post a memory or condolences.