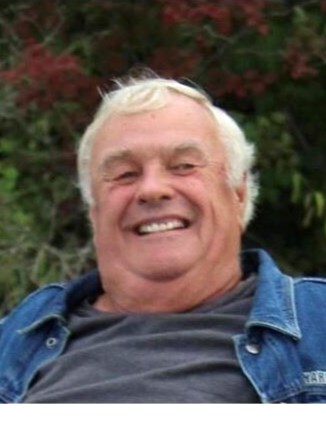 He was born April 29, 1946 in Faribault the son of Ennert and Donna (Christenson) Wrolstad. Larry graduated from Kenyon High School. In 1966 Larry married Linda Marlene Anderson, the sweet waitress at Harry's Café his mom introduced him to. He served 4 years in the US Air Force where he was stationed in Guam for 6 months during Vietnam. After his military service he lived in Cedar Rapids, IA for 17 years, the Twin Cities and finally moved back to Kenyon in 1984. He worked as a crane operator until retiring in 2008. In retirement, he drove truck for McDonough and van for Held Bus Co until he was diagnosed with cancer in 2018.

Larry loved riding and collecting Harley Davidson motorcycles. He shared this love with his family and often planned rides with them or rides that would take him to visit them. He also collected Allis Chalmers tractors, Lionel model trains and vintage toys. Larry enjoyed camping, boating and spending time on the water with his family. He was a fun guy who loved life and always kept his family first.

He was preceded in death by his brother, Richard Wrolstad; sister, Mary Ellen Wrolstad.