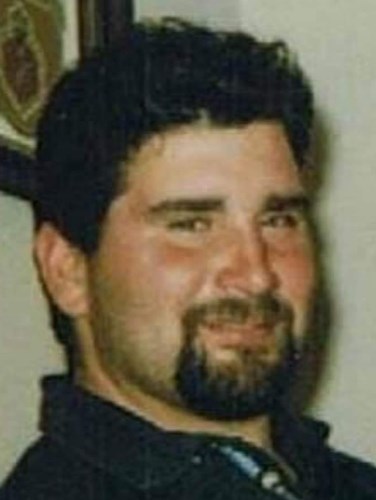 He was born June 26, 1973 in Faribault, Minnesota the son of Donald and Adele (Bremer) Peterson. He attended Kenyon Wanamingo Schools and Dakota Vo-Tech in Rosemount. He was married, had two children, Marcus and Ashley, and later divorced.

In his high school years, Matthew worked for his grandfather, Milo Peterson, at the Ford Dealership in Kenyon washing cars. He also was a foreman at Metcon in Faribault for a number of years and most recently worked at the Kenyon Elevator driving semi.

Matthew was a devoted Christian and spent much of his time studying the Bible in the past few years. He was confirmed and baptized at Holden Lutheran Church.

Hobbies and interests include Nascar, watching sports which he also played in his younger days.

He was preceded in death by grandparents, Milo and Jean Peterson and Warren and Margaret Bremer; uncle, Michael Schnoor and cousins, Shannon Bremer and Shayla Schnoor.

To plant trees in memory, please visit our Sympathy Store.
Published by The Kenyon Leader from Feb. 24 to Feb. 25, 2021.
MEMORIAL EVENTS
No memorial events are currently scheduled.
To offer your sympathy during this difficult time, you can now have memorial trees planted in a National Forest in memory of your loved one.
GUEST BOOK
0 Entries
Be the first to post a memory or condolences.