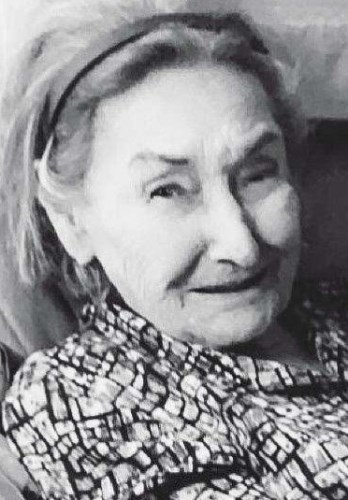 BORN
1924
DIED
2021
Denton, TX - Beatriz Sophia Ayala Wilson went to be with the Lord on September 9, 2021 at the age of 96. She joined her beloved husband, Smokey, who preceded her in death on May 4, 1967. Bea lived most of her life in McAllen, Texas and most recently with her daughter and son-in-law in Denton, Texas. Bea was born on September 30, 1924 in Edna Texas in Wharton County. She was the daughter of Margarito and Dolores Ayala. She was one of 10 children.

As a child, Bea spent alot of time in the kitchen where her mother taught her to cook. Bea was well known in the family for her famous chili. When not in the kitchen, she loved to care for her garden. She especially loved her fragrant white gardenia plant but the yellow sunflower made her smile. In later years she was a voracious reader and kept herself busy with her stationary exercise bike and working on jigsaw puzzles.

Before retiring, Bea began a career with Montgomery Ward where she spent 15 years. She also worked for 17 yrs as an office manager in the oil industry working for Movac Service Co. She also enjoyed her membership in the Desk and Derrick Club. While living in McAllen, she attended Our Lady Of Sorrows Catholic Church.

Services for Ms Bea are pending.
Published by The Monitor on Sep. 19, 2021.
To plant trees in memory, please visit the Sympathy Store.
MEMORIAL EVENTS
To offer your sympathy during this difficult time, you can now have memorial trees planted in a National Forest in memory of your loved one.
MAKE A DONATION
MEMORIES & CONDOLENCES
1 Entry
Kay, Jim: Your mom will always hold a special place in my heart... she was a great lady...you and your families have been in my thoughts and prayers...I know it was hard to let her go but you know she is at peace....love you guys.
Maurice Mullins
Friend
September 19, 2021
Showing 1 - 1 of 1 results