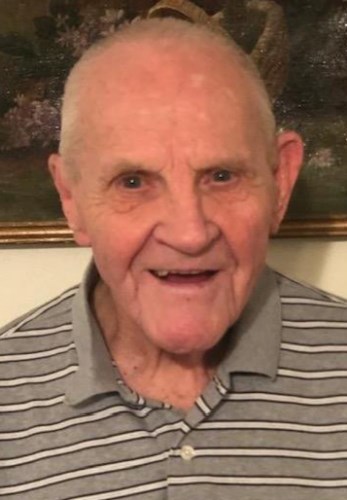 Dean graduated from PSJA High School in 1943. He joined the U.S. Navy in September 1944 serving until June 1946. He served aboard the destroyer, USS Hudson which protected aircraft carriers, rescued downed pilots and supported assaults in the Pacific during WWII. After the Navy, he continued his education at the University of Texas Austin and received his BBA degree in 1953.

In December of 1955, Dean and Marion met at a New Year's Eve gathering and were married in November of 1956. They found their way to the Rio Grande Valley, where Dean eventually took over the family citrus farm, "Bowen's Orchard", raising his family there.

Dean knew no strangers and was "a big kid at heart" most of his 95 years. He came from a musically talented family, sang at many weddings in his younger days and in the church choir through his adult years. He and Marion played bridge in the same couples group for over 32 years and he enjoyed golf into his early 80's.

Dean is preceded in death by his parents; siblings, June Crain, Don Bowen and Mary Coulter; and grandson, Lee Bowen.

Dean spent the last year of his life with Marion at River Point of Kerrville where he was loved by all and given excellent care by the entire staff. The family would also like to thank Peterson Hospice and especially Jessie for their care and concern during his time with them.

A memorial service will be held at 10 am September 27, 2021, at Grimes Funeral Chapels in Kerrville, followed by burial with full military honors at Fort Sam Houston in San Antonio at 2 pm.

Memorial gifts can be made to the Alzheimer's Association, Operation Homefront or a charity of your choice.