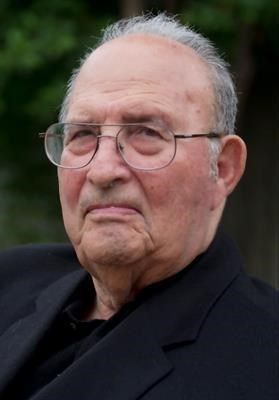 FUNERAL HOME
Kreidler Funeral Home
314 North 10th Street
McAllen, TX
McAllen - Rafael H. Flores, 90, of McAllen, Texas passed away peacefully Tuesday, March 20, surrounded by his loving eight children and his longtime caregiver. Descended from pioneer families in Starr and Duval counties, he was raised in Laredo, TX where the family had relocated in the early 1900s in pursuit of extended educational opportunities. He attended the University of Texas at Austin where his lifelong love for the mighty Longhorns began. He helped found and served as the first President of the student activist Alba Club, which was dedicated to advancing the rights and opportunities for the Mexican American community. The friendships built among this UT cohort of WWII veterans and idealists helped shape his public service and his law practice in profound ways. Rafael proudly attended UT Law School, and became the first Mexican American to be inducted into the Friars Society in 1951. During the Korean conflict, Rafael was commissioned as First Lieutenant Judge Advocate General Corp.

His commitment to public service is evidenced by his community involvement. He was elected to the McAllen City Council where he served from 1960 until 1976, with eight years as Mayor Pro Tem. In 1964, President Lyndon B. Johnson appointed him to the State Advisory Committee to the United States Commission on Civil Rights and the Board of Directors of the Southwest Educational Development Laboratory in Austin, a research and development center devoted to improving educational outcomes for children in Texas, New Mexico and Louisiana. As a Fourth Degree Knight of Columbus, Rafael led a ministry for young adults at Sacred Heart Catholic Church.

Rafael was an active member in the Hidalgo County Bar Association throughout his career. He believed in his profession and the justice system it served, serving both with distinction and honor.

Rafael Flores is survived by his eight children; Norma Vogel, Carmen Flores, Patricia Eder, Ana (John) Wallace, Rafael Jr., Roberto (Maria), and Rick (Sharon), and Cecilia (Andy) Ramos. He was the proud grandfather of seventeen and great grandfather of five. He is also survived by his spouse Blandina Cardenas Flores, his sister Consuelo Lopez and numerous nieces and nephews. The family wishes to extend its deepest thanks and gratitude to his dedicated and loving caregiver of almost twenty years, Robert Gomez.

Visitation will be held at Our Lady of Sorrows Catholic Church in McAllen on Friday, March 23 from 5:00 - 8:00pm, with a Catholic rosary to begin at 7:00pm. A funeral mass will be held on Saturday, March 24, at 9am at OLS with interment immediately following at Valley Memorial Gardens.

In lieu of flowers contributions may be made to the Texas Exes Hidalgo-Starr Chapter for their scholarship fund: 1601 W Jonquil Avenue, McAllen, Texas 78501

Published by The Monitor on Mar. 23, 2018.
To plant trees in memory, please visit the Sympathy Store.
MEMORIAL EVENTS
Mar
23
Visitation
5:00p.m. - 8:00p.m.
Our Lady of Sorrows Catholic Church
McAllen, TX
Mar
23
Rosary
7:00p.m.
Our Lady of Sorrows Catholic Church
McAllen, TX
Mar
24
Funeral Mass
9:00a.m.
Our Lady of Sorrows Catholic Church
McAllen, TX
Mar
24
Interment
Valley Memorial Gardens
TX
Funeral services provided by:
Kreidler Funeral Home
MAKE A DONATION
MEMORIES & CONDOLENCES
13 Entries
My condolence to the Flores family, so greatful of having had Mr. Flores as the greatest boss anyone can have. A great man he will be missed.
Rachel Gamboa
April 2, 2018
Our love and sympathy to all his family, and to his beloved wife. Bambi, our beloved former teacher and friend, you know we are with you in spirit, all the exes from San Felipe in Del Rio. Rafael helped so many...a good man who was our voice back when it was so difficult for us. Our prayers are with you. Que en paz descanse Rafael.
Velma Vela Ybarra
March 30, 2018
This gentleman leaves such a legacy---and blazed a trail and opened doors for so many. May he rest in eternal peace. Our thoughts and prayers for the family. Carmen & Jaime Ramon/Dallas
Jaime Ramon
Acquaintance
March 27, 2018
Blandina,

I was so saddened to learn of the passing of Rafael. He lived a life of great fulfillment surrounded by a wonderful family and publicly serving to improve his community.

You were a special part of his life. We have lost a "true champion." While there are no words to provide comfort to you, know Rafael's impact can be seen and always remembered.

May you find the peace and strength to get you through the days ahead. Please know you are in my thoughts and prayers.

Sincerely,
Dr. Shirley A. Reed
March 26, 2018
Memories rebound, having worked with Mr. Rafael Flores in the mid 1980's and forward, then getting to meet grandson Jim Vogel through my son Joaquin, and the rest of theVogal family, shows the legacy that Mr. Flores left his intire family.
My sincere condolences to his family.
Mario M. Davila
March 24, 2018
Our thoughts and prayers are with all of the family. In sympathy, 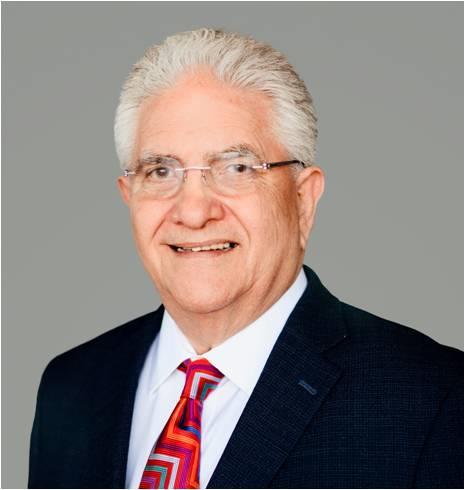 I had the privilege and honor of working with Rafael when I first came to McAllen. He was a giant of a man and his legacy will live on in all who were touched by his service to mankind. My sympathies and condolences to all of his family members.
MIKE BLUM
March 23, 2018
My deepest condolences to your family. Your father was such a kind man and a good friend to my parents (Cosme and Paz Muniz) and family for so many years. My thoughts and prayers are with you all. I pray God's divine comfort and grace bring you peace through this difficult time.
Grace Rodriguez
March 23, 2018
It was my pleasure to know this man and his family. He will truly be missed.
Stephen Jennings
March 23, 2018
Our prayers are with you and your family.
David & Rachael A Loman
March 23, 2018
Arturo (Tito) Torres
March 23, 2018
Showing 1 - 13 of 13 results