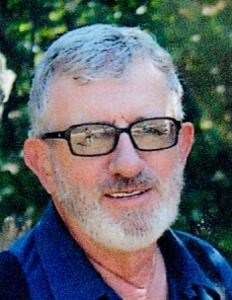 Donald R. Starr, age 83 passed away March 27, 2021 in Sierra Vista, AZ. Don was born October 15, 1937 in Morley, Michigan to John and Marie Starr. He was married to his wife, Nancy, passing just 2 months shy of their 40th wedding anniversary. Don and Nancy lived their later years between Weidman, MI and Hereford, AZ and moved to Hereford permanently 2 years ago. Don served in the Army for 6 years. He then worked for Chippewa Hills School of Remus where he retired after 27 years. He then retired again from Murphy Farms after another 20 years. Farming was his last rewarding job. Don loved fishing and camping in Canada. Don is preceded in death by his parents. He is survived by his wife, Nancy Starr, Hereford, AZ, 2 children, Maggie (Dierk) Dennis and Donald (Cindy) Starr Jr.; both of MI, 2 step-children, Tim (Maria) Saska, and Jodi Saska both of Hereford AZ; and 10 grandchildren. He is also survived by a sister, Janet (Frank) Wagester of Remus, MI; and brother, Richard (Lori) Starr of Phoenix, AZ. Don will be greatly missed. He has been cremated and the family will privately spread his ashes at a later date. The Family of Donald R. Starr would like to thank the many friends and family who have extended their condolences during this time of loss.
Published by Morning Sun from Apr. 8 to Apr. 9, 2021.
To plant trees in memory, please visit the Sympathy Store.
MEMORIAL EVENTS
To offer your sympathy during this difficult time, you can now have memorial trees planted in a National Forest in memory of your loved one.
MAKE A DONATION
MEMORIES & CONDOLENCES
Sponsored by themorningsun.com.
0 Entries
Be the first to post a memory or condolences.