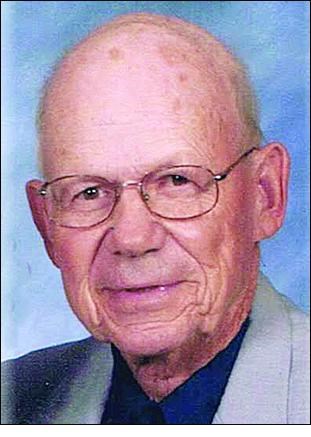 FUNERAL HOME
Rowley Funeral Home
330 South University
Mt. Pleasant, MI
Theunissen, William “Bill”; age 89; passed away on April 17, 2015 at Tendercare of Clare. A Memorial Service will be held at 1st Presbyterian Church of Mt. Pleasant, on Tuesday, April 21, 2015 at 11 a.m. with Rev. Andrew Miller officiating. The family will receive friends on Monday from 2 to 4 and 6 to 8 p.m. at the Rowley Funeral Home. Visitation will continue the day of the memorial service from 10 a.m. to 11 a.m. at the church. Memorial contributions may be made to the 1st Presbyterian Church Memorial Fund or Central MI University Athletic Fund. Envelopes are available at the funeral home and the church. Bill was born in Coloma, Michigan, the son of H.H. Theunissen and Lucille Vedder Theunissen. Moving to Mt. Pleasant, he graduated from Mt. Pleasant High School, was named Valedictorian and was the winner of 13 varsity athletic letters. He continued his studies at four universities and received his Bachelor’s degree from CMU, Master’s Degree from University of Michigan, and Doctorate from Indiana University. During his 38 year career at Central Michigan University, Bill was a Professor, Coach and Administrator. He served as Dean of both Health, Physical Education & Recreation (HPER) and Education, Health & Human Service. He also served as President of the National Council of Deans of HPER and received their Honorary Award. Bill was named as one of the 100 recipients of CMU’s significant contributors and the university’s baseball facility was named Theunissen Stadium as a tribute. He was also elected to the Athletic Halls of Fame for both CMU and Mt. Pleasant High School. Together with Provost Wilbur Moore, Bill established a chapter of Phi Kappa Phi Honorary Society (the nation’s oldest and most selective all-discipline honorary society) at CMU and he served as its Executive Secretary. From 1943-1945, immediately following his high school graduation, Bill served in the US Navy as an Ensign. Extremely involved in community service, Bill served as President of the Chippewa Valley Audubon Club, President of Rotary Club, President of the Isabella Child Development Center and Vice-President of the Mt. Pleasant Country Club. He crafted written histories of these organizations of which he presented copies to local libraries. In 1981 he was presented the Chamber of Commerce’s Outstanding Citizen Award, and was recognized by the national Rotary Club for having been a member of a single Rotary Club for over 50 years; and he remained actively engaged until his death. Bill along with Dottie, his wife of 65 years, enjoyed golfing and travelling. Together they travelled to each of the contiguous 50 states as well as 12 other countries. They were in attendance at the summer Olympic Games in Mexico City, Munich, Montreal, Los Angeles, Seoul and Sydney. Bill’s passion for golf led him to play more rounds at Mt. Pleasant Country Club than any other member in the club’s history, which also allowed him to win 11 club championships. Bill is survived by his wife, Dorothy (Dottie); brother, Bruce Theunissen; three sons, Michael (Joanne), Chris (Barb) and Richard (Maxine) Theunissen, his daughter Lorraine (Dale) Karolak; eleven grandchildren, Craig, Steve, Dan, Nate, Justin Theunissen, Tiffany Schultz, Stefany Schiller, Vicki Theunissen, Ryan Karolak, Christine Lashley and Melissa Mashatt; as well as six great-grandchildren, (R.J., Katelyn, Bryce, Avery, Liam and Callan). Bill was preceded in death by his parents; and two grandchildren, Renee Theunissen and Jessica Karolak. A man of integrity and strength of character, Bill positively influenced the lives of everyone who had the privilege of knowing him. He will be sorely missed by his family and friends. Please share your thoughts and memories with the family at the funeral home, the church or through www.rowleyfuneralhome.com ‘Honoring Traditions, Respecting Change’
To plant trees in memory, please visit our Sympathy Store.
Published by Morning Sun from Apr. 18 to Apr. 19, 2015.
MEMORIAL EVENTS
Apr
20
Visitation
2:00p.m. - 4:00p.m.
Rowley Funeral Home
330 South University, Mt. Pleasant, MI
Apr
20
Visitation
6:00p.m. - 8:00p.m.
Rowley Funeral Home
330 South University, Mt. Pleasant, MI
Apr
21
Visitation
10:00a.m. - 11:00a.m.
1st Presbyterian Church
, Mt. Pleasant, MI
Apr
21
Memorial service
11:00a.m.
1st Presbyterian Church
, Mt. Pleasant, MI
Funeral services provided by:
Rowley Funeral Home
MEMORIES & CONDOLENCES
Sponsored by themorningsun.com.
8 Entries
I was deeply saddened when I learned today, April 22, of the death of Coach. Had I known sooner of his passing, I would have attended his funeral. Coach Tenny was my freshman baseball coach in 1951, and I was a second baseman in his first year with the varsity. I have fond memories of CMU and CMU baseball because of him.

Bill Matson
Bill Matson
April 22, 2015
It is with great sadness that I bid my friend and long-time CMU colleague farewell. He was a kind and gracious person and will be greatly missed by many. Our thoughts and prayers go out to Dottie and the Theunissen family.
John Yantis
April 22, 2015
"Coach Tenny" was one of the most impactful
persons in my life. I played baseball for him in 1960 and 1962- -his last year of coaching. His wise counsel and concern at a critical juncture helped me turn around what was becoming a self-destructive life to one of contribution. I will always hold him in the highest esteem.
Leo Belill
April 21, 2015
So many memories of times spent with Bill as a student in his classes, a colleague on the faculty, and while working as one of his associate deans, and all of them are good. I learned a great deal from him that served me well as a university president. Bill was a role model for how to work with people and was a pillar of integrity. He was my mentor and friend for more than fifty years, and will be missed. 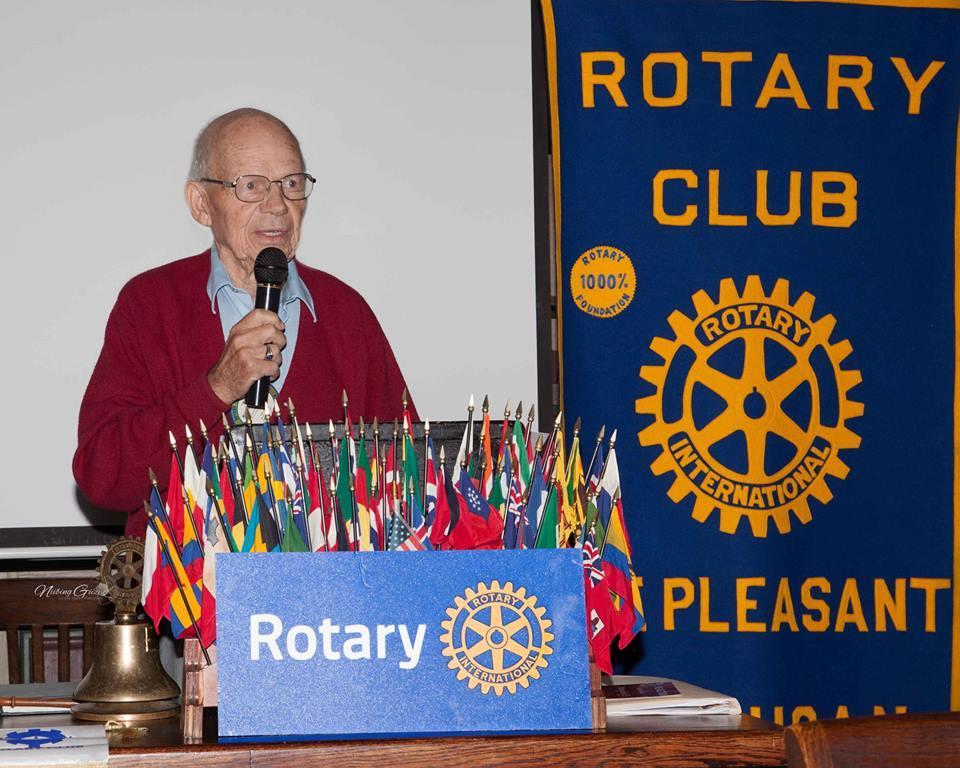 I love Bill. I am so sad today to learn of his passing. I'm so thankful that the last time I saw him at Rotary, the day before his stroke, he had put both arms around my neck and asked me what time to meet me at the Comfort Inn to work with me taking tickets for the Rotary Beef Dinner. We did it every year together with Jay Anders. Since Bill didn't ever give the perception that he was a hugging type of guy at Rotary, I really appreciate that last hug he gave me. He meant the world to me. He encouraged me all along the way when I was club president. He called me "astute." I think he was the only one who ever said that to me. I will miss him every Monday. I will pick up his pen and become the club historian, since we were the only two on that committee. Rest in peace my dear fellow Rotarian, and rise in Glory. I will miss you, my sweet friend.
Kathy Beebe
April 19, 2015
It is with sincere respect and love that we bid our beloved Coach, Bill Theunissen, a fond farewell. He was a true giver, and treated all his baseball players like family. He took a bunch of college kids and shaped us into men. He will never be forgotten.

Sam Licavoli, Class of 62
Sam Licavoli
April 19, 2015
Bill was a colleague and friend for over 50 years. He made a great contribution to CMU and the Mt. Pleasant community. My condolences to Dottie and the Theunissen family. Alan Quick
April 19, 2015
I am so sorry to hear of Bill's passing. Condolences to his family, friends, and fellow Rotarians. Christine Nace
Christin Nace
April 19, 2015
Showing 1 - 8 of 8 results