FUNERAL HOME
Tharp-Sontheimer-Tharp Funeral Home
1600 North Causeway Blvd
Metairie, LA
Bennet Scott Koren, age 64, died on Thursday, November 24, 2016 at his New Orleans residence after a courageous battle with A.L.S. Bennet was a native of Baltimore, Maryland, a graduate of Michigan State University class of 1974 and received his J.D. degree in 1977 from the Wayne State University Law School. He moved to New Orleans in 1981 joining the McGlinchey-Stafford Law Firm, where he built and led the firm's Consumer Financial Services Compliance practice. For more than 30 years, Bennet practiced in the areas of bank regulatory and consumer credit law providing counsel to clients throughout the United States. As a subject matter expert in his field, he was widely recognized nationwide for his talent, was a frequently sought after speaker, and a generous mentor to many. Mr. Koren was a member of the American Bar Association, Business Law Section, Banking Law Committee, Consumer Financial Services Committee and Housing Finance Subcommittee. He was on the Consumer Bankers Association Lawyers Committee, Louisiana Bankers Association Bank Counsel and Mortgage Bankers Association. He was named the "Top Mortgage Compliance Lawyer" by Mortgage Compliance Magazine in 2014, was a Martindale-Hubbell AV Preeminent Peer Review Rated Lawyer, and named among "The Best Lawyers in America (Banking and Finance Law, Litigation (1995-2016), honored by Chambers USA/National Financial Services Regulation (Consumer Finance Compliance), Louisiana Super Lawyers (Banking) 2007-2016. He was selected in 2013 as a Top Rated Lawyer in banking and finance by American Lawyer Media and Martindale-Hubbell and "Top Lawyer Banking and Finance Law" by New Orleans Magazine, 2010-2016. Among his other interests, Bennet was a member of Touro Synagogue, an avid cyclist and downhill skier, and a connoisseur of fine wine always with his dry sense of humor. Bennet is survived by his beloved wife, Dr. Lisa P. Germain, a son Alex L. Koren and daughter Rachel G. Koren. He is the brother of Paul Koren (Gail) of West Bloomfield, Michigan and brother-in-law of Amy S. Germain. He also leaves his beloved puppy, "Georgie-Girl." Funeral services will be held on Tuesday, November 29, 2016 at 10:00 AM at Touro Synagogue, 4238 St. Charles Avenue, New Orleans, LA with Rabbi Alexis Berk officiating. Interment in Hebrew Rest Cemetery No. III, 2100 Pelopidas at Frenchmen Street. In lieu of flowers, memorials are suggested to the Gleason Foundation or the A.L.S. Association. Condolences may be expressed online at www.tharpsontheimerfh.com. Information, please call (504) 835-234.
To plant trees in memory, please visit our Sympathy Store.
Published by The New Orleans Advocate from Nov. 26 to Nov. 29, 2016.
MEMORIAL EVENTS
No memorial events are currently scheduled.
To offer your sympathy during this difficult time, you can now have memorial trees planted in a National Forest in memory of your loved one.
Funeral services provided by:
Tharp-Sontheimer-Tharp Funeral Home
MEMORIES & CONDOLENCES
32 Entries
Marc Lifset introduced me to Bennet at a conference in Chicago in the '90s. I observed the two bantering with one another, and couldn't help laughing at them. This is the way they were, every time and everywhere I met with them over the years, including at the many McGlinchey Stafford conferences that I attended. I could see that they were the best of friends, and in many ways like two school age kids who couldn't get enough of one another. But they were the best lawyers you could get! And, they made each other better. I was lucky to have them as counsel. We miss you, Bennet -- New Orleans will never be the same without you!
John Ingram
Friend
November 24, 2020
Condolences to Bennet's family and to his extended work family. I had the privilege of dealing with Bennet for many years on behalf of First National Bank USA and attended many of his seminars over the years. He definitely listened more than he spoke however when he spoke, he spoke volumes. I have always had tons of respect for him. May the memories of Bennet keep him alive in your heart forever.
Audrey Champagne Raziano
December 5, 2016
to the family

I send my condolences on the loss of a friend and husband and may his memory be a blessing .
eileen wallen
December 2, 2016
To Bennet's family,
Like many others, I was taken aback upon learning of his illness earlier, and now obviously saddened by his passing. I need not address his professional skill, as his record of accomplishments speaks for itself. My interactions with Bennet came about primarily through our joint participation in the American Bar Association (ABA) activities, but my fondest memory of him involved my very first visit to an ABA meeting in New Orleans in the mid-1980s when Bennet and I were still relatively young. He took me and my wife on a trolley car ride to give us both an educational and entertaining tour of historical sites in what was then his newly-adopted hometown. It was not only fun but also reflective of how much Bennet really loved New Orleans and life in general.

Like many others, I will miss him very much, but he will always have a special place in my heart.
John Lee
November 30, 2016
Lisa, Alex & Rachel: I like many others had the pleasure of working with Bennet at McGlinchey Stafford. He was sharp and he was tough, but his droll humor was the most memorable of his qualities to me. I was saddened to hear of his passing--it is a loss for all of us who knew him in the profession but most of all for you. My family and I offer up our prayers and deepest sympathies to your family at this time. Godspeed Bennet.
Dawn Rawls-Valentine
November 30, 2016
Dear Lisa, Alex and Rachel, There are so many memories of laughter and smiles. His passing is difficult to fathom. Bennet said to me and others, so often, "wait, start from the beginning." I don't know whether Bennet would want to start from the beginning now; he lived a full life with a beautiful family and dear friends. To the Squid. Love, Deborah Robertson
Deborah Robertson
November 30, 2016
Lisa, Rachel and Alex: My heart goes out to you today. May Bennet's memory be for a blessing.
Julie Greenfield
November 29, 2016
I am so sorry for your loss. I knew Bennet in a professional capacity, and always found him to be a highly skilled, intelligent, and capable attorney, and, most importantly, a great person. I know you will miss him, and I certainly will as well. He touched many lives in many positive ways over the course of his career. I am wishing only the best for you as you move forward.
Lee Hardegree
November 29, 2016
I had the pleasure of working with Bennet at McGlinchey a total of 8 years. He was a true friend. Always kind, many wonderful memories with Bennet, Tammy and everyone at McGlinchey. His passing is truly a loss for all of us.
Sandy` Hoover
November 29, 2016
I have known Bennet for more than 20 years, as a client, and a friend. He always provided first class legal advice. He had a kind and gentle spirit, and he made me laugh. We had lots of fun over the years. I will never forget him. God Bless his family. John Ingram
November 29, 2016
Very sorry for your loss. I know how much your love and support meant to him.
Paul Arceneaux
November 29, 2016
Lisa, Alex and Rachael,
Sending our love, we are here for you.
Love,
Yvonne and the Yancovich Family
Yvonne Yancovich
November 29, 2016
Lisa, Alex and Rachel,
We are so sorry to hear of Bennet's passing.
He was a great guy and brilliant attorney.
I know he was a dedicated dad and loving husband. We will always remember his great sense of humor, quick wit and genuine personality. He was a man to be admired for all of his accomplishments professionally and a man to be respected for the love he had for his family. The entire Green family will keep you in our prayers during this difficult time in your lives. We will always cherish the good times we shared with Bennet.
Angela, Randy, COURTNEY, BLAKE and HALEY Green
Randy Green
November 28, 2016
Our sincere condolence to the family and God bless
Younes Bakkali
November 28, 2016
So sorry to hear of Bennet's passing. I knew him over the many years of attending ABA functions. He had a first class mind and was always generous to me. I will miss him.
November 28, 2016 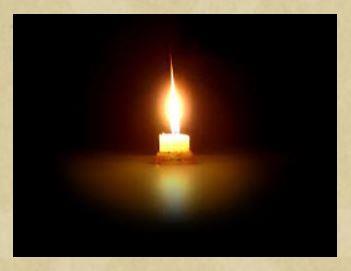 I had the privilege to be a client of Bennet's many times over almost twenty years during my tenure as an in-house attorney with several financial institutions. Bennet was not only a sagacious counselor and skilled advocate, but he was also, and most importantly, a grand gentleman. My heartfelt condolences to Bennet's family I pray that your grief will soon be assuaged and your hearts filled with the consolation of cherished memories of your lives together with Bennet.
Steve Freeland
November 28, 2016 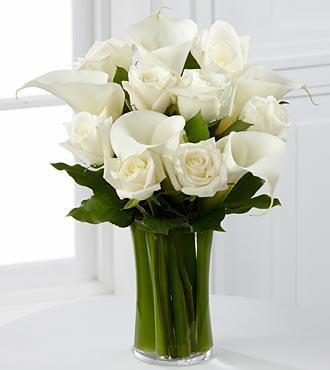