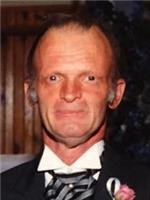 ABOUT
Warren Easton High School
FUNERAL HOME
Garden of Memories
4900 Airline Drive
Metairie, LA
Gerard "Jerry" Frederick Praetorius passed away of congestive heart failure at Ochsner Medical Center on Sunday, August 14, 2016 at the age of 67. He courageously fought numerous setbacks while waiting to receive a heart transplant. He is survived by his son, Shane Praetorius (Leslie); his loving grandson, Calvin F. Praetorius; his devoted father, Leo F. Praetorius, Jr.; his brother, Rodney Praetorius and his sister, Jill P. Oubre. He was preceded in death by his loving wife, Rachel Praetorius; his devoted mother, Shirley Straughan Praetorius; his older infant brother, Norwood B. Praetorius; his older sister, Dawn P. Ogden; his grandparents, Leo Praetorius, Sr. and Gertrude Praetorius and James Straughan and Isabelle Straughan and his infant grandson, Lafayette M. "Fate" Praetorius. Jerry attended Our Lady of Good Counsel and Holy Rosary Catholic Schools and graduated from Warren Easton High School. He attended Delgado Community College and was studying drafting. He was a longtime employee of NAPA Genuine Auto Parts, working his way up from clerk to gulf coast regional manager until 1978 when he joined his mother in her catering company, Shirlee Caterers, later known as Royale Caterers, Inc. In 1983, Shirley retired and Jerry partnered with his sister, Jill to lead Royale Caterers, Inc. and in 1988, they opened The Pirate's Pantry Deli & Restaurant located on Convention Center Blvd. in New Orleans. He was an avid fisherman, and it was a common occurrence for him to pull off the road and drop a line. He was very talented and enjoyed drafting, design and carpentry. He was a perfectionist and when others said "no", Jerry seized the challenge and delivered. He never met a stranger and was always eager to help others. In 1996, Jerry suffered a heart attack and stroke, leaving him paralyzed on his left side. Never one to be held down by a challenge, Jerry worked hard and to everyone's disbelief, became an avid cyclist. In his later years, he enjoyed frequenting the city's museums, festivals, community events and was a fixture in many local coffee shops. Despite his physical condition, Jerry refused to be limited and lived true to his motto, "I can do everything you can, only slower!" He was an inspiration and encouraged others to always do more. "One Last Ride and Memorial" will be held on Saturday, August 27, 2016. Staging will begin at 7:30 a.m. and the bike ride will be from 8:00 a.m. until 9:00 a.m., beginning and ending at Morning Call Coffee Stand in City Park in New Orleans. The graveside service will take place at 12:00 p.m. in Garden of Peace in Garden of Memories Cemetery in Metairie. To access the interment site, please follow the red arrows once inside the cemetery. Our family would like to thank Dr. W. Rolston, as well as the many doctors, nurses, technicians and support staffs of East Jefferson General Hospital and Ochsner Medical Center Transplant Team for their dedication, patience, care and guidance during Jerry's difficult hospital stays.In lieu of flowers, kindly consider donations to Jerry's favorite charities: ARNO (Animal Rescue of New Orleans) at www.animalrescueneworleans.org, A Child's Wish Foundation of New Orleans at www.achildswish.org or Second Harvest Food Bank at www.no-hunger.org. ARNO was instrumental in reuniting Jerry with his beloved pets, Spot and Sammy, after they had been shipped to a shelter in the northeast after Katrina. The online guestbook is available at www.gardenofmemoriesmetairie.com.

Published by The New Orleans Advocate from Aug. 23 to Aug. 27, 2016.
To plant trees in memory, please visit the Sympathy Store.
MEMORIAL EVENTS
To offer your sympathy during this difficult time, you can now have memorial trees planted in a National Forest in memory of your loved one.
Funeral services provided by:
Garden of Memories
MAKE A DONATION
MEMORIES & CONDOLENCES
4 Entries
So sorry to hear of your great loss. I always enjoyed talking with Jerry. You will be in our prayers as you go through this difficult time.
Yvette and Family
Yvette Cardinale
August 24, 2016
Jill,

You and your family are in my thoughts and prayers.
Kirk Simoneaux
August 23, 2016
Jerry was a great guy and a good friend. Always fun to be around. I'll miss him.
Scott Hart
August 23, 2016
Sorry for your lost. Praying for your family. Shane, Lesile, Calvin you are all in my heart and prays, Mom loves you Shane. Peace of Christ be with you all. Rest in peace Jerry.
Jacquelyn Ortolano
August 23, 2016
Showing 1 - 4 of 4 results