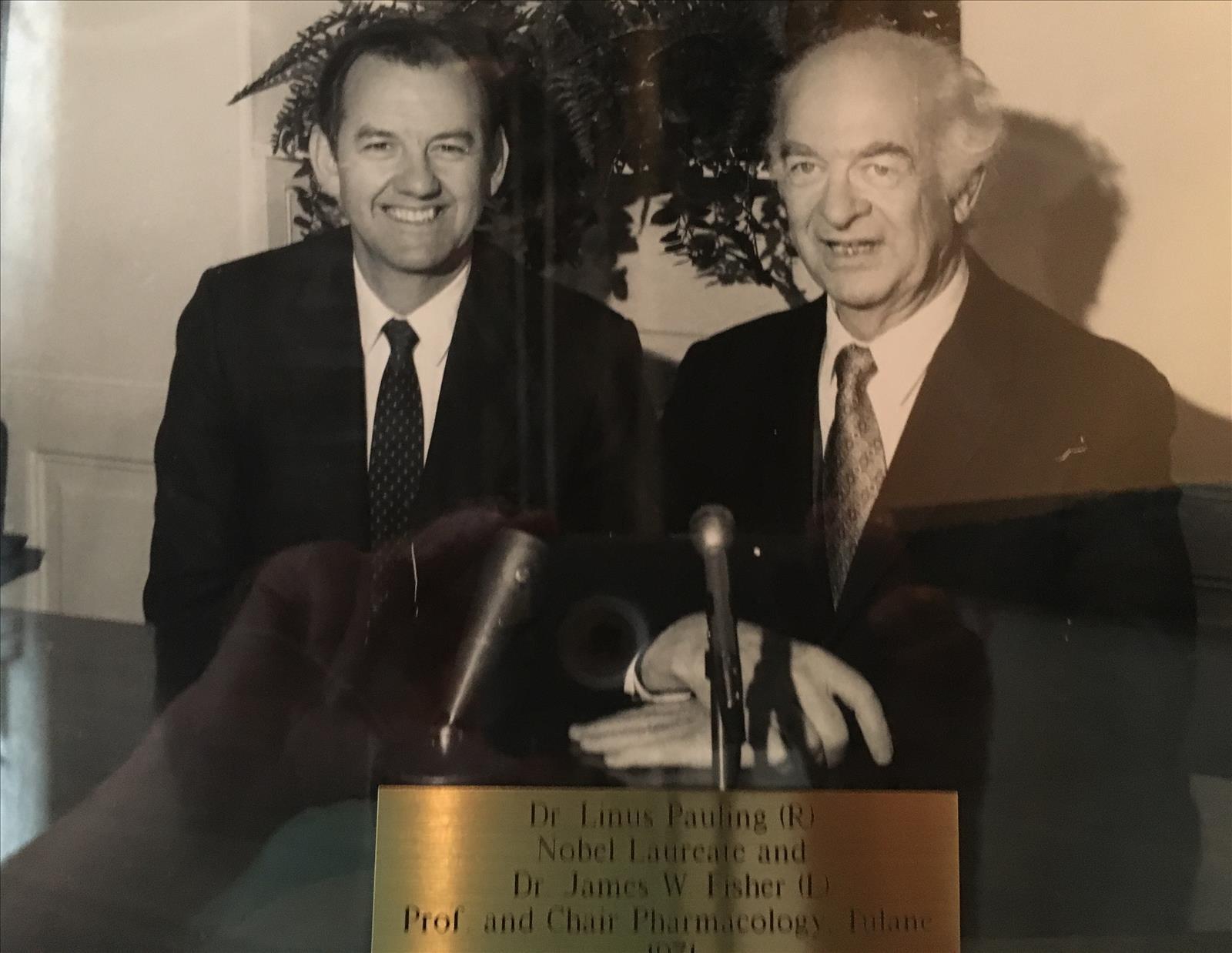 May 9, 2016
We love and miss you, Grandpa.
Deborah Fisher
May 9, 2016
Jim was a leading advocate for the discipline of pharmacology which not only was evident at building a strong department at Tulane, but in his contributions to developing the Pharmacology Knowledge Base through AAMSP and with his stellar research showing the therapeutic potential of erythropoietin.
Palmer Taylor
May 9, 2016
Jim gave me my first faculty position as a young Assistant Professor in 1985. He continued to be a great mentor throughout my career. He saw the best in everyone always providing constructive advice, and emphasizing the importance of teaching, research & service. Jim we miss you.
Craig Clarkson
May 9, 2016
I am so sorry to hear of Jim's passing. He was a tremendous inspiration to many of us, and was a very kind man.
Lynn Wecker
May 9, 2016
I am a friend of William's son, Bill, from my days at LSU in Baton Rouge. When I heard the news I thought I ought to find a way to leave a note. I am very sorry about your loss and will keep you all in my prayers.
Tony Frey
May 8, 2016
Jim and I were great colleagues in pharmacology circles. I will miss his friendship.
We changed the face of pharmacology teaching by originating a 200 drug list for students instead of them being responsible for all drugs in the text book. He was a true friend and a great pharmacologist.
I was visiting NO when I saw the obituary Unfortunately I will not be here for the service
Lowell Greenbaum Ph.D
May 8, 2016 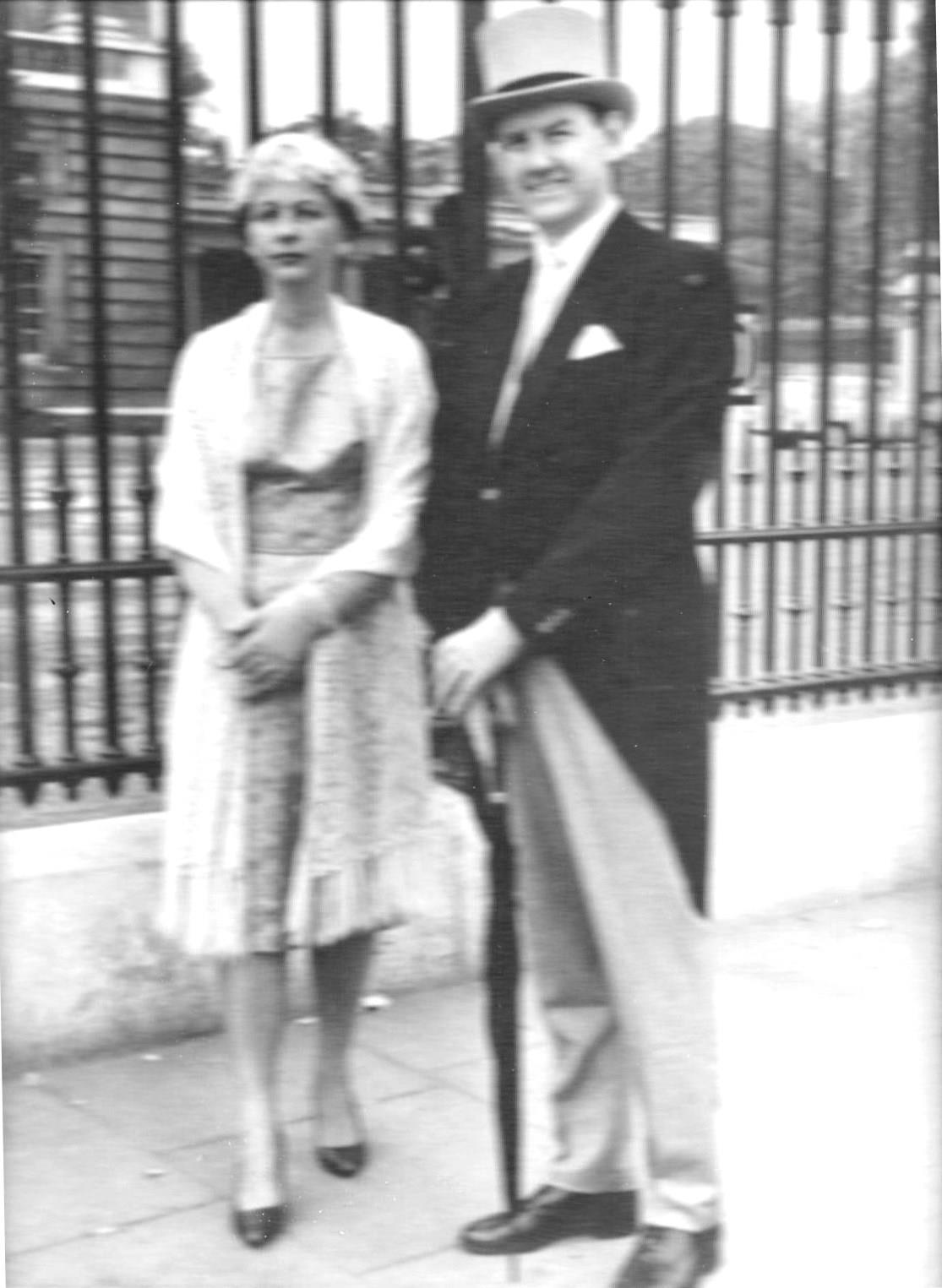 James and Carol Fisher at Buckingham Palace 1964
Dickie Fisher
May 7, 2016 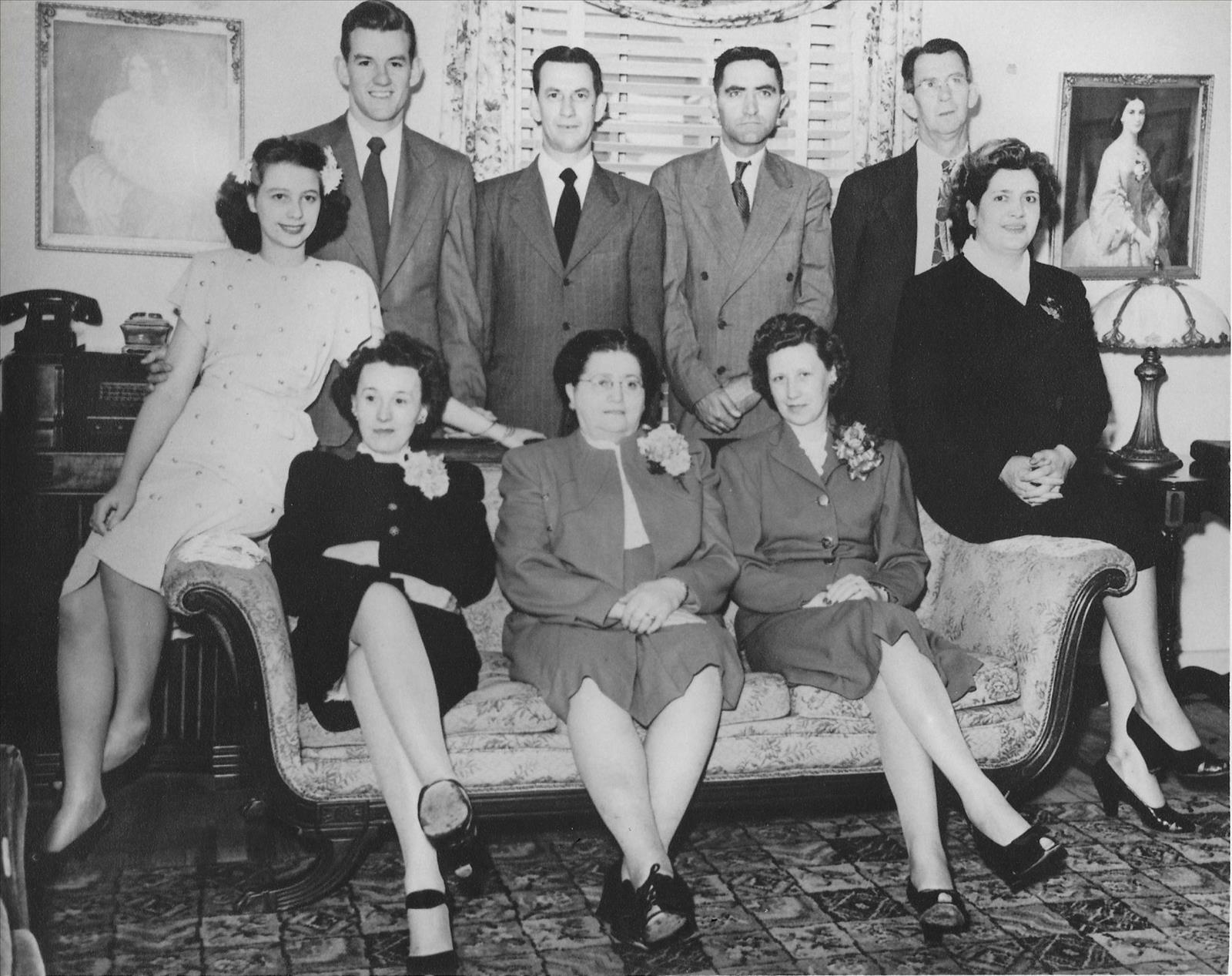 A youthful James and Carol Fisher
Rick Fisher
May 7, 2016 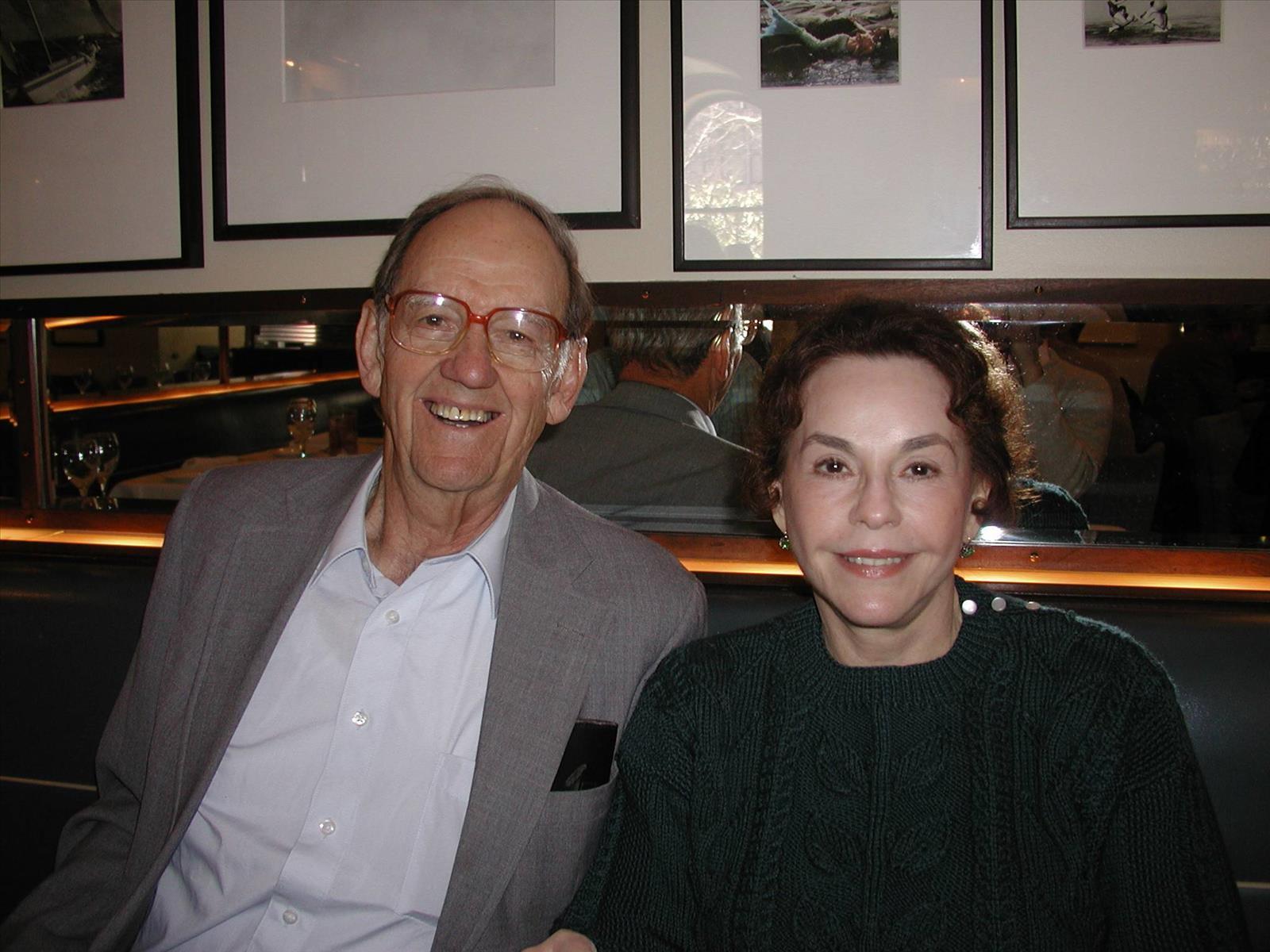 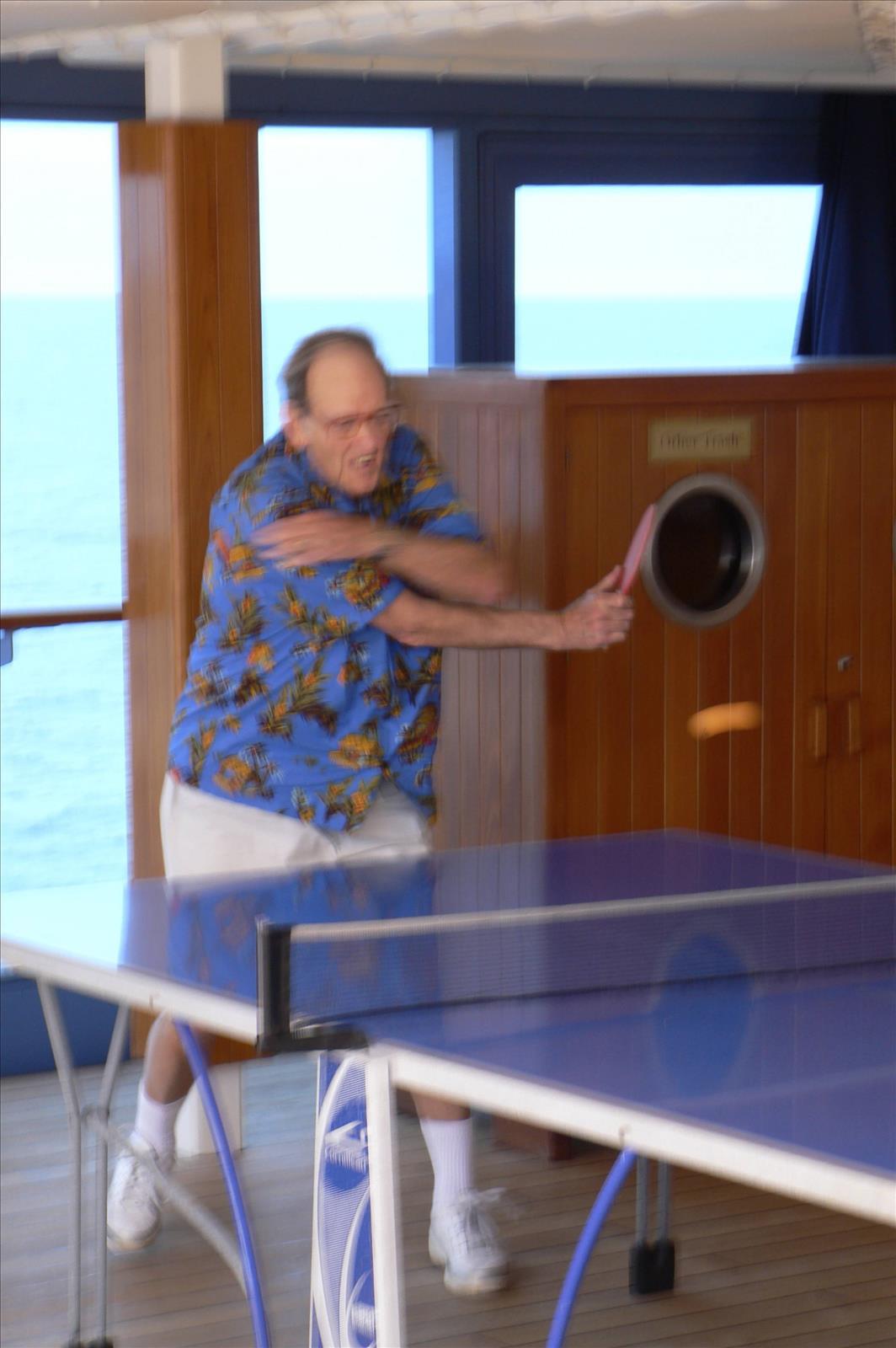 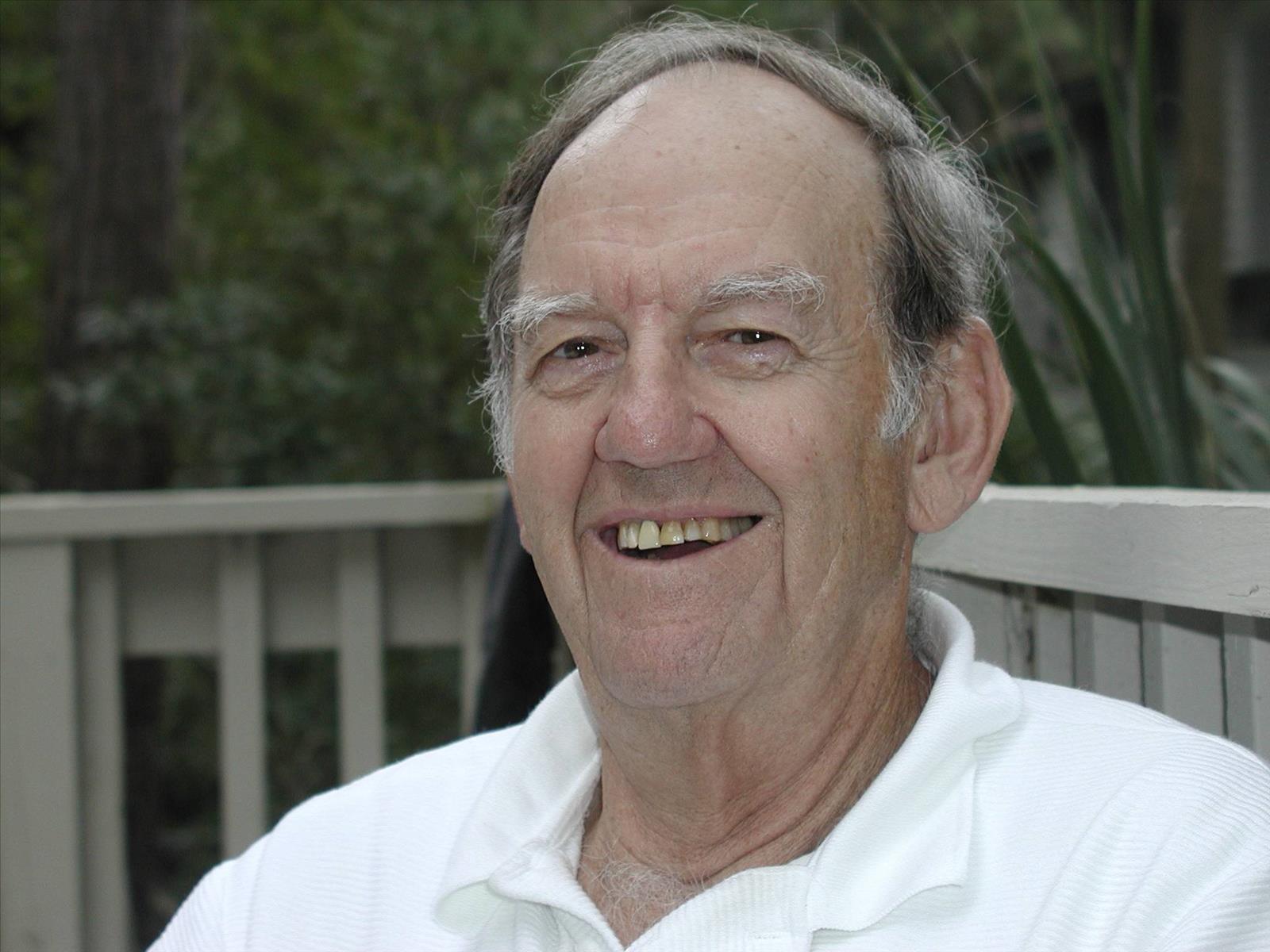 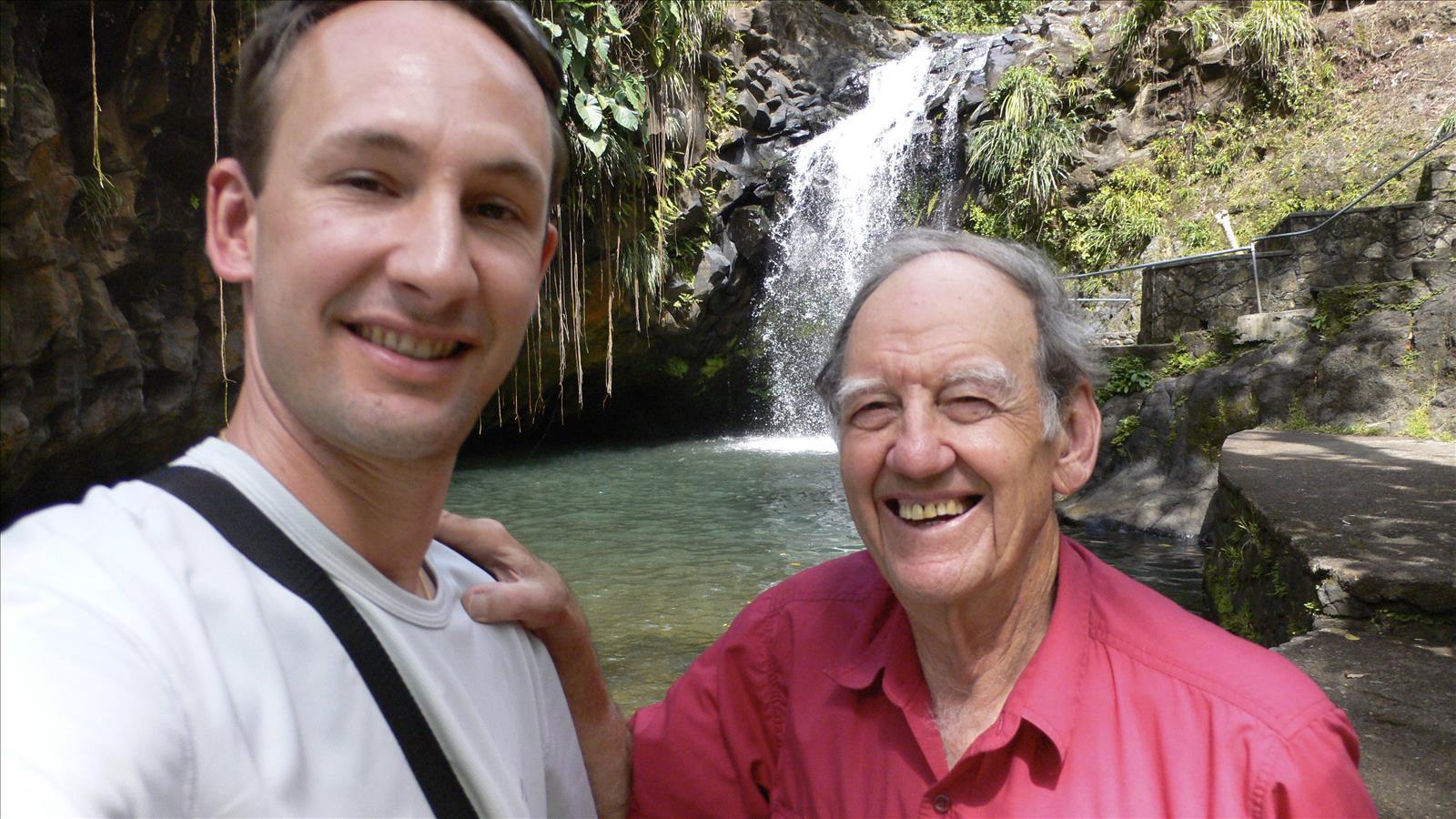 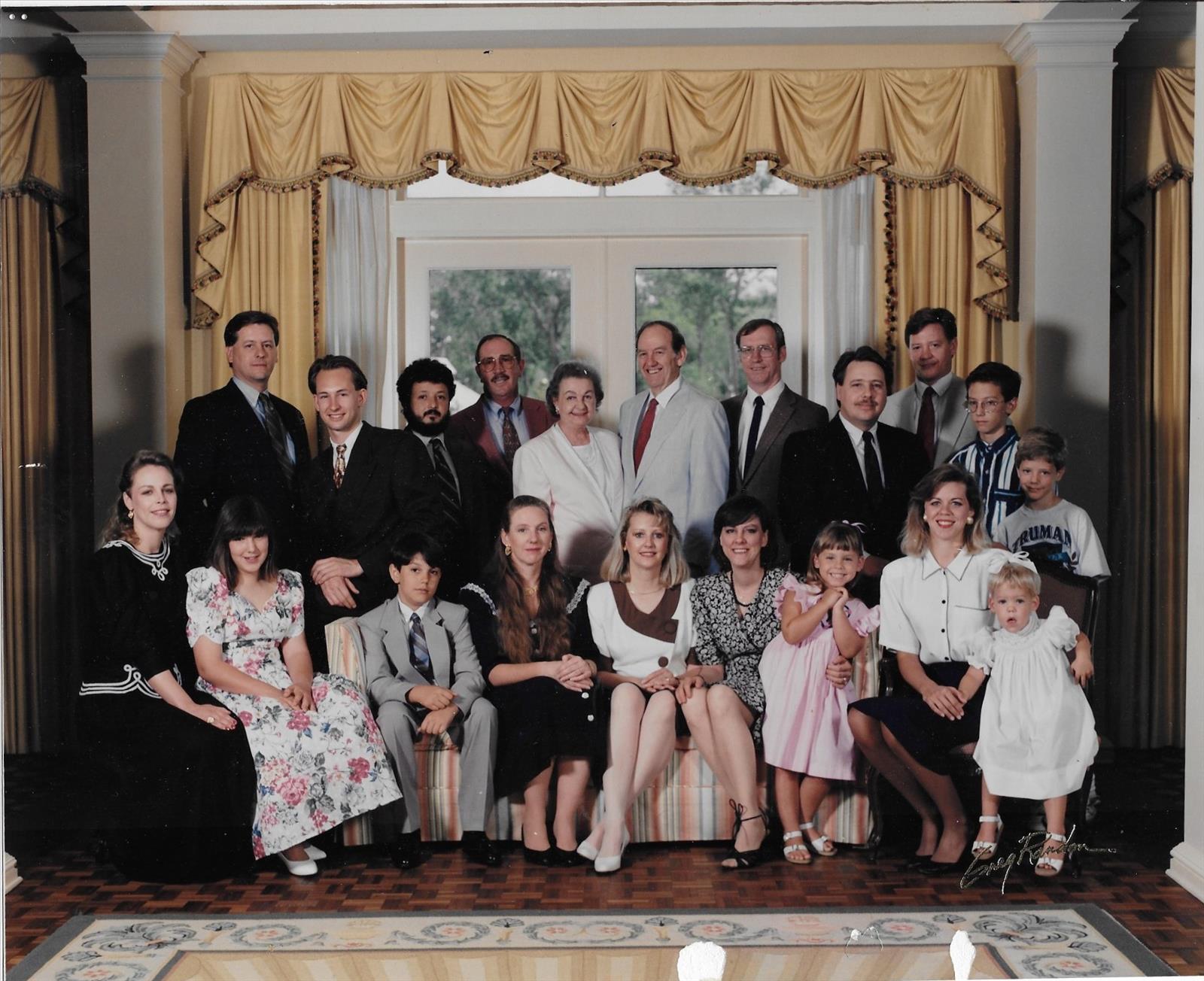 family portrait at English Turn with James Fisher, when we were all younger and skinnier.
Patrice Fisher
May 6, 2016 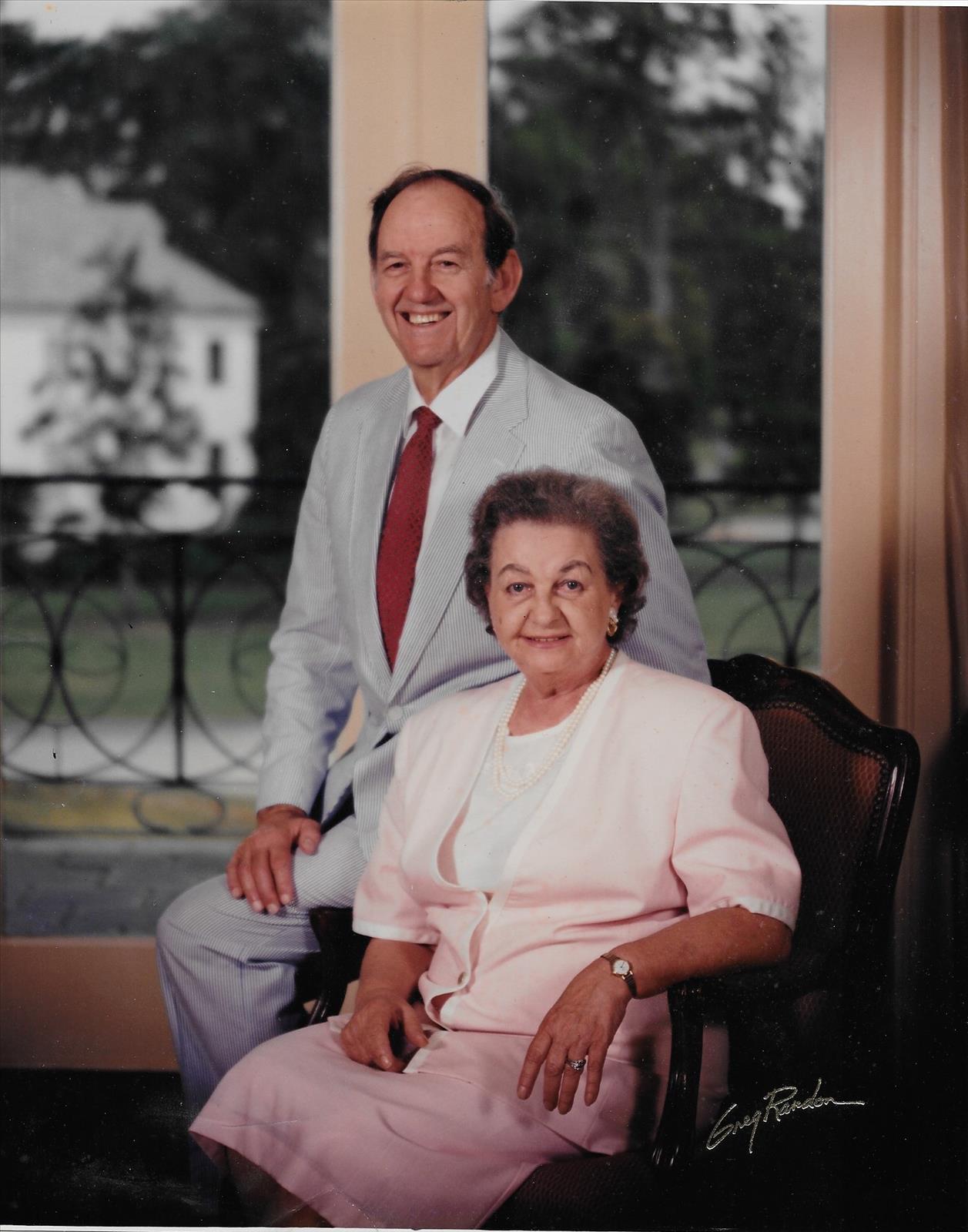 My mom and dad at English Turn family portrait.
Patrice Fisher
May 6, 2016 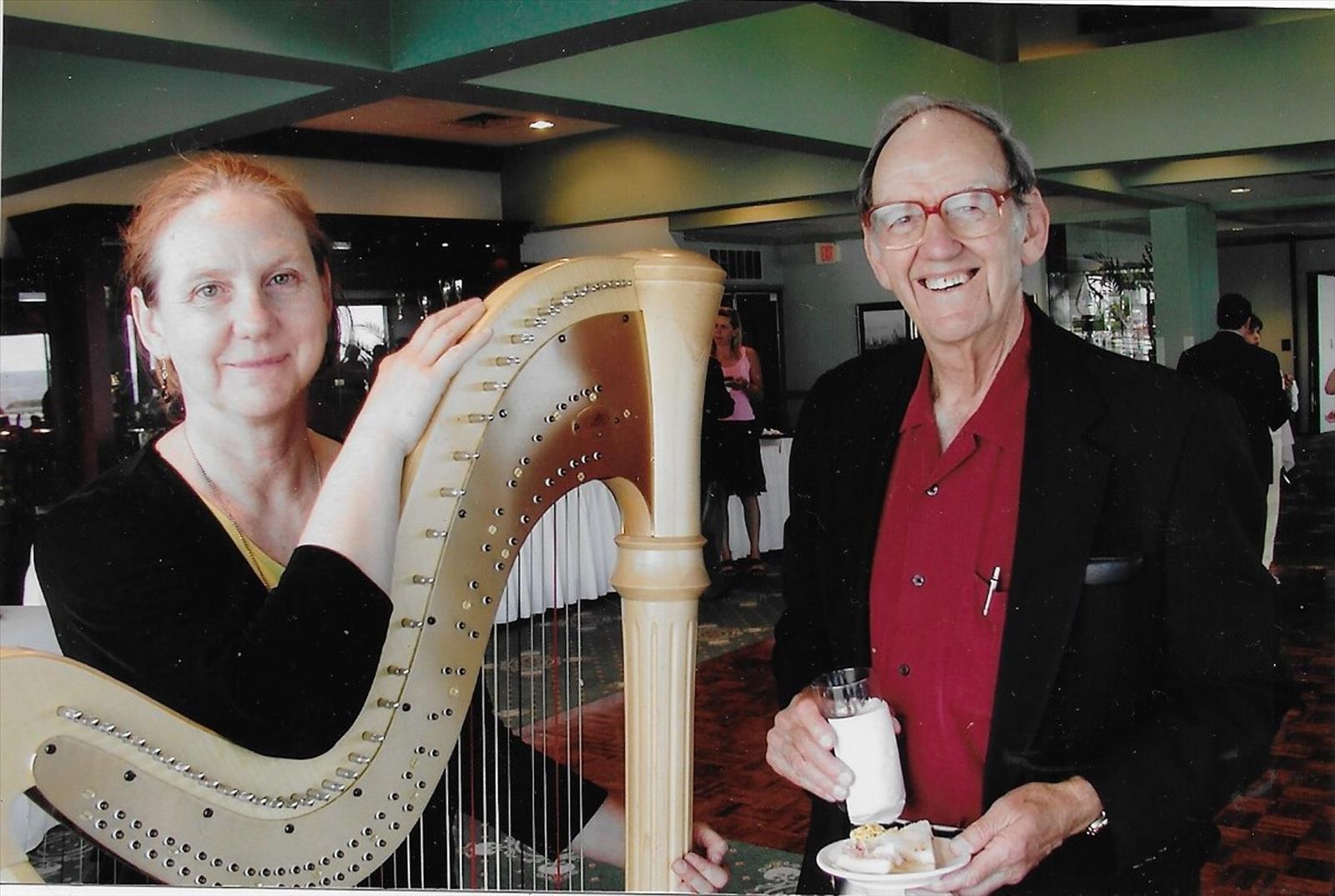 My Dad, Dr. James Fisher, at his 80th birthday party, with me, his daughter, Patty. We will miss you.
Patty Fisher
May 6, 2016
My prayers and condolences to the entire Fisher family. Your extended family is vey proud of all James accomplished in his professional career. We love James and have many precious memories. I will remember his ready smile, his zest for life, his tireless work to trace our ancestry, his love of singing and most of all his love of family. Until we meet again James rest in peace.
Brenda Panaccione
May 6, 2016
My deepest condolences to the Fisher family, whom I have personally known for nearly 50 years. when they moved to New Orleans (Algiers), La. Dr. Fisher was a man who stood very "tall" in many respects. His kindness, generosity and guidance over the decades proved to be highlights in my life, having lost my father at age 10. His "fatherly" advice was and still taken to heart, by me, and I will surely miss him. Since he is a WWII Navy veteran, I will just sign off with, "Anchors away, Dr. Fisher"!
Donald Costello
May 6, 2016
To Dad with our deepest and fondest memories . He is gone but not gone from our hearts and will always be us . Our family is in awe with such an outpouring of kindness from those who loved him and from those whose lives he touched . Thank you all for your comments to our family .Dickie Fisher
May 6, 2016
Sorry to hear about your loss Bill. Your dad must have been a blessed man to have such a wonderful family! Keeping you and your family in my prayers!! 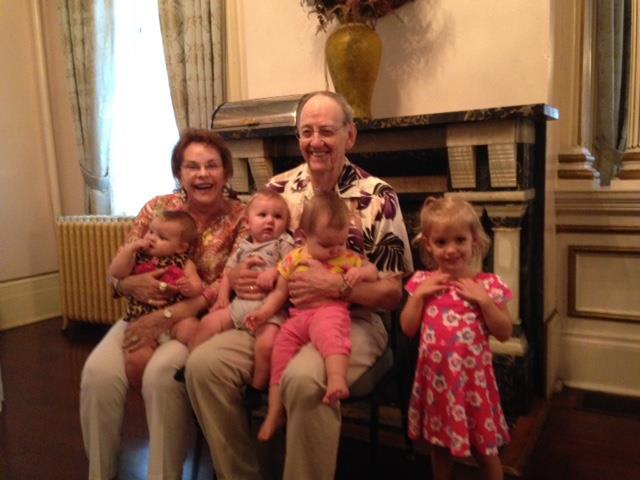 Michelle Fisher
May 5, 2016
So sorry for your loss Bill. We will be praying for you and your family. Your fathers obituary is truly amazing. He must have been a remarkable man to know. You and your family were lucky to have him and truly blessed.
God Bless
Barry Cambre, Denise Cambre, Joseph and Jordin Cambre
May 5, 2016
Uncle Jim will forever be in our hearts as a loving and dedicated family man who was passionate about everything he did. He was brilliant, yet humble in his demeanor.... kind and thoughtful to every one he met. I'll never forget his world travel stories, his extensive research in genealogy as well as his infectious smile. And the huge impact he made on the lives of so many medical students and in scientific research through his many years at Tulane will be a legacy that will live on forever. He always made a point to visit us in Florida if he was even remotely close, which was always so appreciated.
I'm so sorry I can't be there for his funeral, but my thoughts are with all of you at this time of loss. -Love from his niece Ellen (Brodarick) Fiss, Tampa, FL (husband Herb and family) ....and my mom Marion Brodarick, his sister-in-law too. ([email protected])
Ellen Fiss
May 5, 2016
We will never forget how wonderful Uncle Jim and Aunt Carol were to us when my wife Marilyn needed emergency exploratory surgery while we were visiting New Orleans in the summer of 1996. We were really blessed to have Jim make sure we got the best surgeon at Tulane. We are sorry for your loss.
We will keep the whole family in prayer.
Tom Morrissy
May 5, 2016
James will be missed by all of the Coble family. He was always good about coming back to the Spartanburg area to reconnect to his relatives for reunions. He loved his family and didn't mind showing it. We loved James and all of you, his family, from a very young age. We loved going to the beach every summer with all of you and watching his home videos. He was very proud of all of you and we love you and pray for you as you go through this difficult time of loss
Lana Turner/Coble
May 5, 2016
Uncle James was so special. My Dad Al Fisher loved him so much as do the rest of the family. Our prayers are with you all
Allison McCrary
May 5, 2016
I am very sorry for your loss. He will be missed.
Gary Brodarick
May 5, 2016 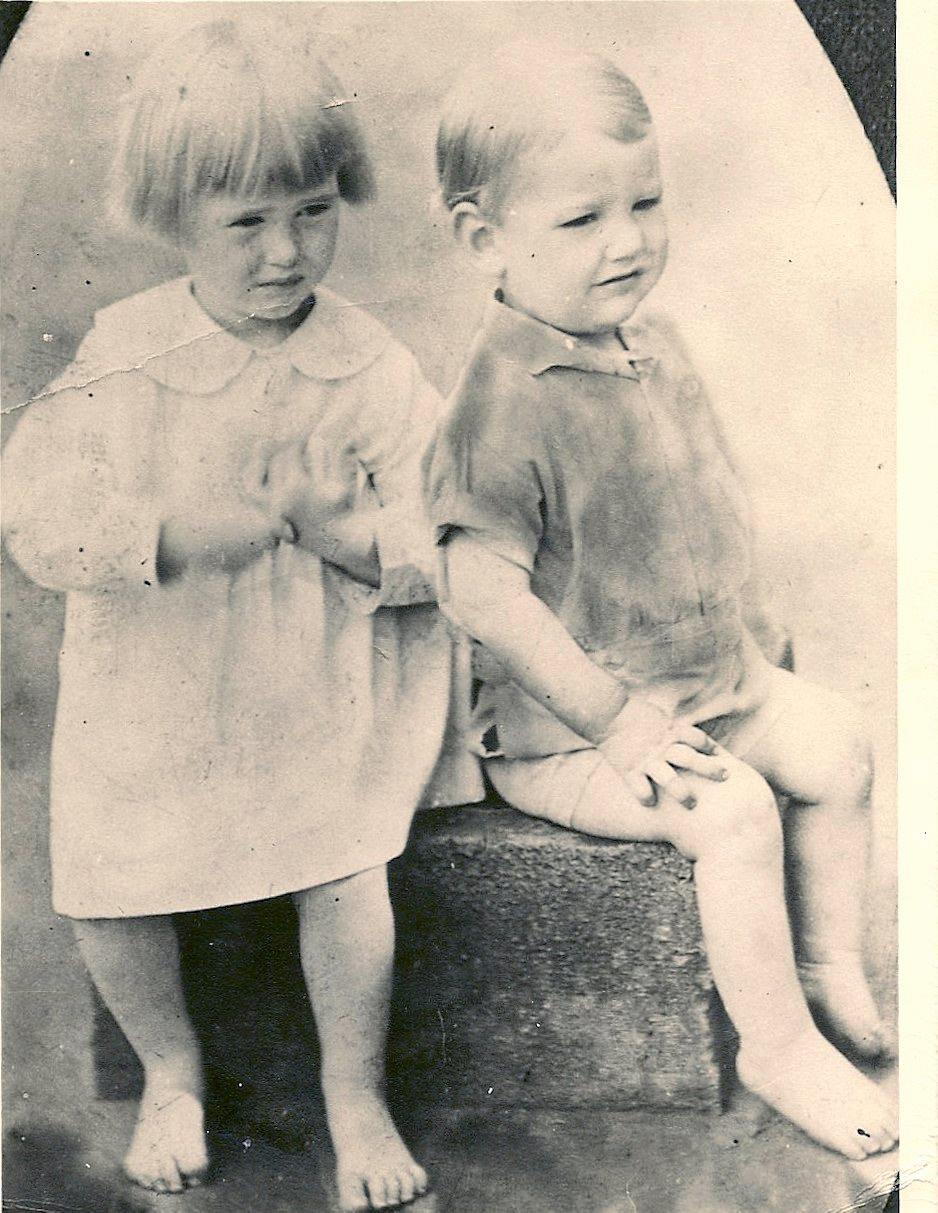 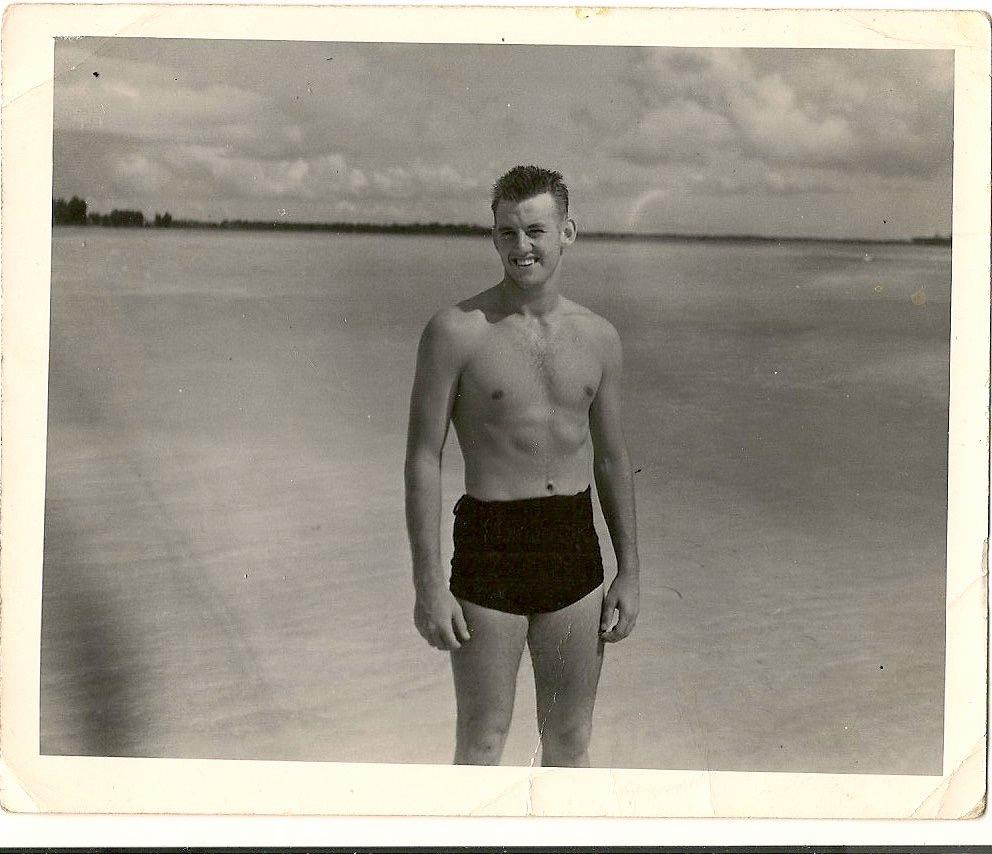 Candis Smith
May 5, 2016
May God be with him and his family. He was loved by everyone and was an instrument to keep contact with the other friends in South Carolina. He loved to go to reunions because he loves to sing. When I was real young we would go to Myrtle Beach fot two weeks every summer with the Turners, Fisher, and Allison families.
He would go to Richmond to look/review the kidneys process and he would come visit and stay with us.
My hope is that that his friends and family understand how much we will miss him.
Joel and Pat Turner
May 4, 2016

Joel Turner
May 4, 2016
Hugs, kisses and comfort for you Candi
Rozanne Ribble
May 4, 2016
Our sincere sympathy to all our related families; Fisher, Turner, Allison, in the loss of a hero who helped to keep us all connected and singing. We were proud of him and he was proud of us and our background. We loved him.
Evelyn Schaper
Columbus N.C..
Evelyn Schaper
May 4, 2016
My thoughts and prayers are with you Candis. I know how hard it is to lose a parent. Be strong. We're here for you.
Rhonda Strimple
May 4, 2016
Candi, It is so hard to lose a parent. My prayers are with you and God will give you peace. We love you.
Rozanne Ribble
May 4, 2016
To all of our family, regarding James Fisher.He was an outstanding friend, family member, cousin.The whole family thought there was no one like him. We always looked forward to his coming through SC because he would get the family together for a meal and fellowship. When my previous husband worked in New Orleans, I thought we would be moving there so I sought out schools. I landed a job at Westbank Christian School.However, we did not move. We stayed at the home of James and Carol and the three of us had a marvelous time.They took us all around and showed us the sights. What great food did Carol cook!! They were so glad family had come to visit them! They had six children, whom I dearly loved to play with when they were here. Now they are all grown. If you take note of picture #5, I took this in our back yard when they stopped by to see us when we lived in Williamston, SC. James, we will miss you but one day that link will be restored.
Janie Turner Ferrell
May 3, 2016
Bill:
We are sorry for your lose. Our thoughts and prayers are with you and your family.
Joe Cruseturner
May 3, 2016
Lux mundi est.
Frank Frey
May 3, 2016
All our love for you and your family. Our prayers are with you.
Frank Frey
May 3, 2016
In loving memory of a wonderful person. We will love you and miss you always.
Don&Jane Carter
May 3, 2016 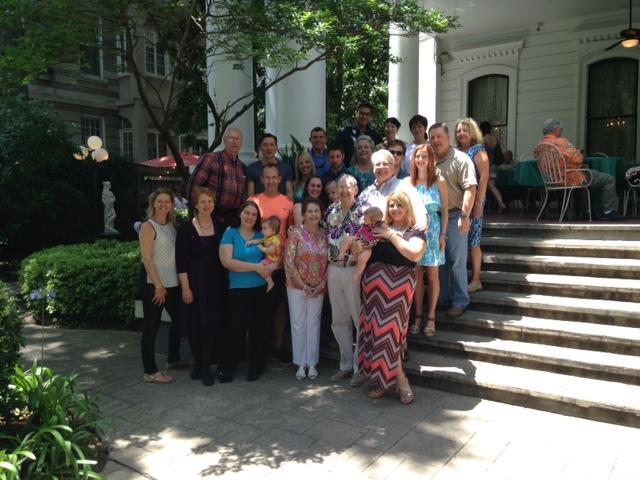 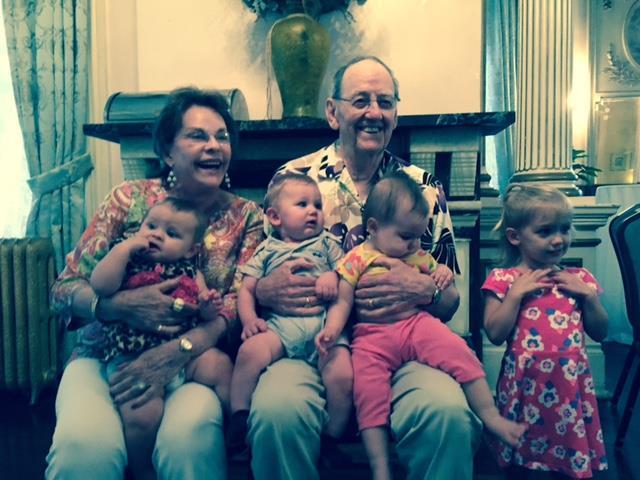 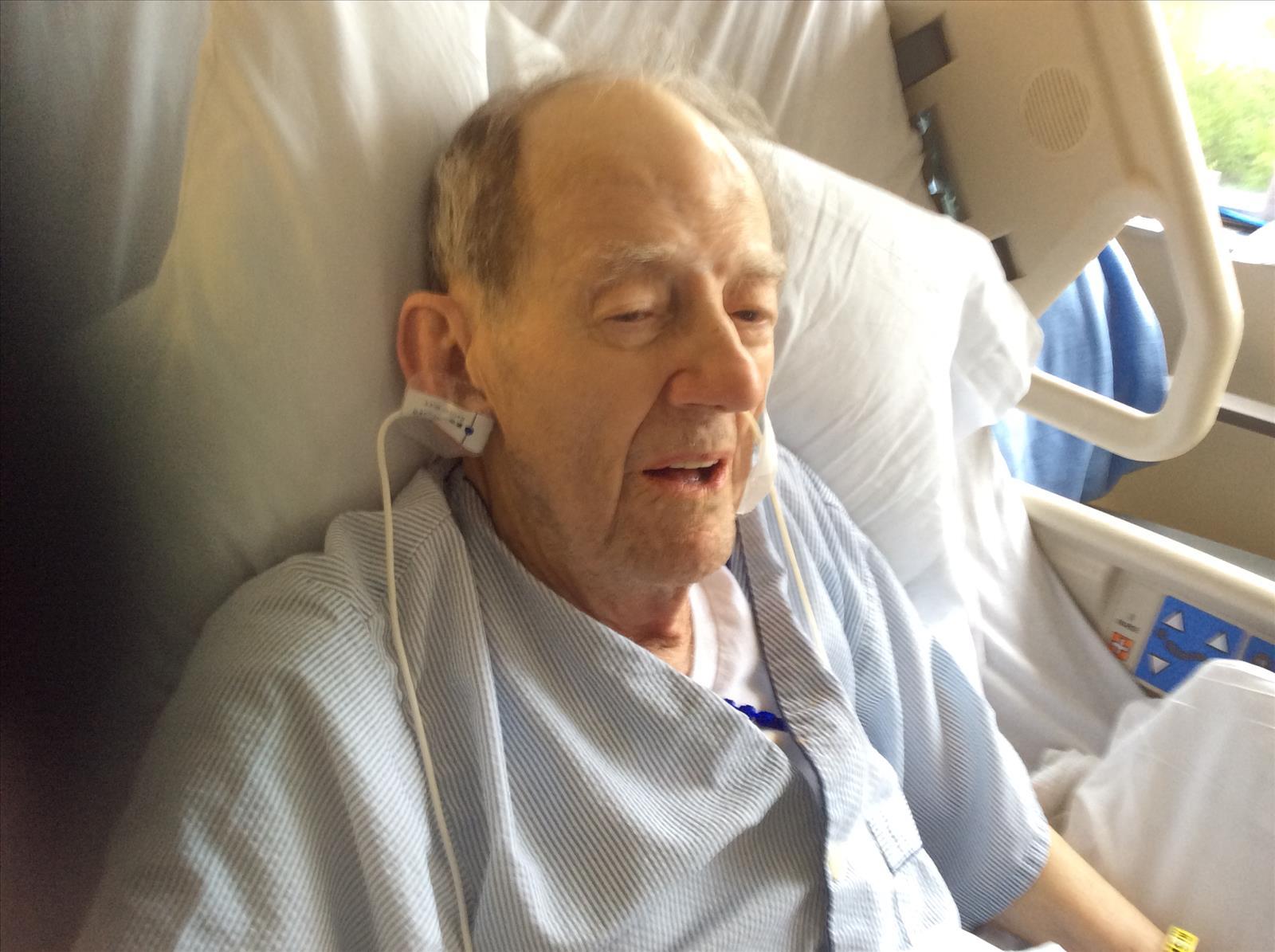 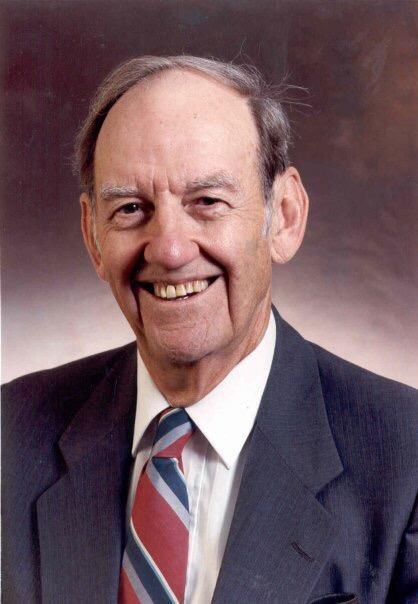 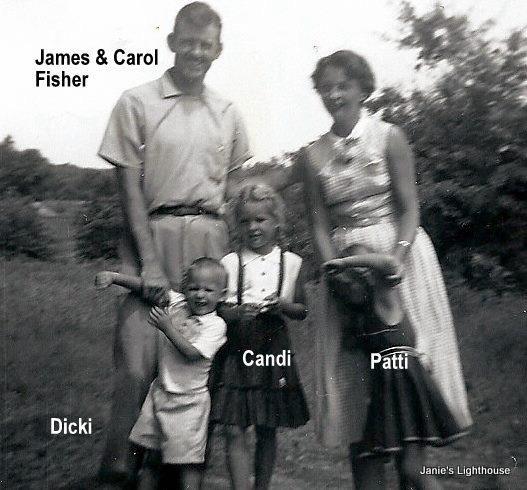