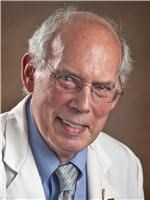 Amy Elizabeth Frey , ( A former patient )
August 23, 2014
I am deeply sadden by the passing of an exemplary physician who was also a kind and compassionate man. Those who worked for him at Tulane Medical Center knew of the numerous kindnesses he did for so very many. A gifted neurosurgeon, he was also a friend and a mentor in art.
I send my heartfelt sympathies to his family.

May your family find comfort in knowing that Dr. Nadell is in the arms of the Lord.
Kimberly Duplessis-Armstrong
August 21, 2014
May Dr. Nadell's soul rest in peace. I'm now 17 but shortly after birth at 2lbs 2oz, Dr Nadell did a shunt on me that allowed me to live and prosper. I'm now a junior at John Curtis with a gift and talent in instrumental music. I'm a member of three bands. Dr. Nadell made the difference in the course of my life. I will always remember him and our visits at Children's Hospital! Dr. Nadell was a legend to me and numerous kids in New Orleans.
Shannon Simmons
August 21, 2014
Showing 1 - 48 of 48 results