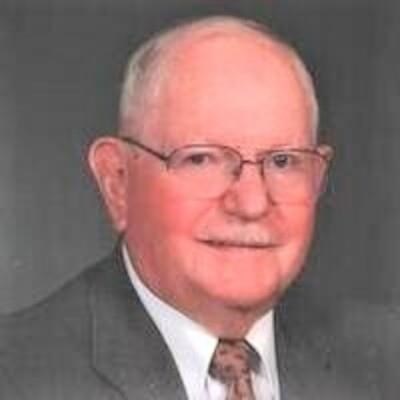 He was born January 21, 1925 in Fremont, the son and eldest child of Ralph Leland and Jeneva Mary (Notestine) Willer. Growing up on a farm during the depression, he learned the value of a dollar and hard work.

Richard was a United States Marine, entering on October 23, 1943, serving as a member of the 6th Marine Division in the Pacific Theater during World War II as a crewman on a 50mm Howitzer cannon. He was involved in action ¬on the Solomon Islands, Okinawa, Ryukyu, and the postwar occupation of China.

Upon his return home to Lindsey, he met Cora Jessie Hutchins in the fall of 1947, while attending the Gibsonburg Homecoming. They began regularly dating and married June 26, 1948. Dick worked for numerous local businesses including Clyde Porcelain (now Whirlpool). His primary career was at Brush Wellman (now Materion). In his 37-year tenure at Brush, Dick advanced from production into the Research and Development Lab, where he became the valued assistant of Dr. Wikle, an authority on beryllium alloy technology. Dick's name is on the original patent to produce Beryllium Copper.

Dick was a storyteller and historian, co-authoring two books - "The Willer Family from Pomerania to Sandusky County and Beyond" and "An American Family" - memoirs of family history which chronicle his life story from day one. He is among the handful of WWII veterans whose military experiences have been recorded and archived by the Rutherford B. Hayes Presidential Library.

He was proud of Lindsey, Ohio, serving as a town historian, with active memberships in the Lindsey Lions Club and especially the Lindsey Tree Commission. He purchased 37 Oak and Maple trees on his own which now grow along South Main and originated the placement of memorial markers and trees along the North Coast Inland Bike Trail. Dick oversaw the planning and planting of 384 trees in the village over a 14-year period. He was known in and around the village for his handyman and clock repair expertise.

Visitation will take place on Friday, June 18, 2021 from 10:00 A.M. until 11:00 A.M. at Herman-Karlovetz Funeral Home & Crematory, 900 North Street, Fremont, OH. Funeral services will begin at 11:00 A.M. at the funeral home with Pastor Travis Montgomery officiating. Burial with military graveside rites will take place at Four Mile House Cemetery. Memorial contributions may be made to Ohio Living Hospice, the Humane Society of Sandusky County, or the Lindsey Tree Commission. Online condolences may be expressed at www.hermanfh.com.