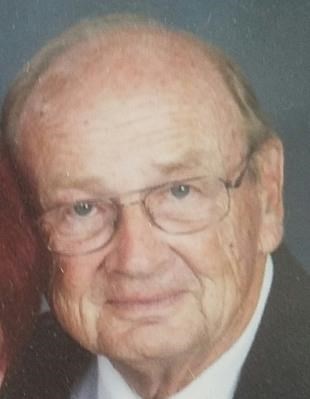 Robert was drafted into the U.S. Army right out of high school, and served as a staff sergeant during World War II, helping to build airstrips for U.S. military aircraft in Okinawa and the Philippines. He was a charter member of the National World War II Museum.

When he returned from service after the war in October 1946, Dr. Gedert attended the University of Notre Dame in South Bend, and obtained a degree in pre-med. He earned his medical degree at medical school at Georgetown University.

Dr. Gedert returned to his roots and joined his brother, John, in a family practice in Clyde. Feeling restless and unfulfilled, he returned to the field to gain experience as a surgeon.

He completed his general surgical residency at Mercy Hospital in Toledo, and also completed residency programs at Memorial Hospital in Fremont and Sloan Kettering in New York City. Dr. Gedert met the love of his life, a young nurse named Maureen Rahilly, during his Mercy residency. "Buz and Buzzy" married May 9, 1959, at Rosary Cathedral in Toledo, and were together almost 60 years upon his death.

In 1964, the couple returned to Northwest Ohio to raise their family, and Dr. Gedert began his storied career as a surgeon at Memorial Hospital in Fremont. Dr. Gedert was known for his excellent surgical skills while exuding a compassionate bedside manner. He performed hundreds of operations on residents of the community, and was proud that he never lost anyone on the operating table in his time of service.

Dr. Gedert served more than four decades as a general surgeon on the medical staff at Memorial Hospital. He was appointed Memorial chief of staff in 1985, and served as vice chief of staff in 1972, 1977 and 1984. He also served as secretary treasurer and member at large of the hospital's Medical Executive Committee over the years. He served several terms as chair of the surgery department.

Dr. Gedert was an avid golfer who enjoyed annual golf trips with his friends. He shot two holes-in-one during his golfing career, one in 2004 at The Natural golf course in Gaylord, Mich., and the second on April 15, 2005 at the Fremont Country Club. He was thrilled to meet Tom Watson at a golf course in Columbus, and always regretted not introducing himself to Arnold Palmer when he saw him on a golf course a year later.

Robert enjoyed family, politics, military history, his family pets, woodworking, making wood & paper military aircraft with his grandson, and Notre Dame football. He loved everything about living on Lake Erie, including boating, fishing, swimming and watching the sunsets from his deck. He was a longtime, savvy investor in the stock market.

He was a member of St. Joseph Catholic Church in Marblehead.

He was preceded in death by his son, Daniel J. Gedert; his parents; and brothers, Dr. John Gedert and Richard Gedert.

Memorial contributions may be made to the American Red Cross of Northwest Ohio or the Ottawa County Humane Society.


To plant trees in memory, please visit our Sympathy Store.
Published by News Herald & News-Messenger on Jan. 17, 2018.
MEMORIAL EVENTS
Jan
19
Calling hours
4:00p.m. - 7:00p.m.
Hanneman-Chudzinski- Keller Funeral Home
416 South Arch Street, Fremont, OH
Jan
22
Funeral Mass
9:00a.m.
St. Joseph Catholic Church
822 Barclay St., Marblehead, OH
Funeral services provided by:
Hanneman-Chudzinski- Keller Funeral Home
MAKE A DONATION
MEMORIES & CONDOLENCES
20 Entries
Roberta and family. Our sympathies on the loss of a wonderful man and a community leader. God be with you.
Roy and Marty Wilhelm
Coworker
February 2, 2018
Maureen,
Bob was one of the nicest guys I had the honor to work with during my practice of medicine in Fremont. I will always treasure his friendship.
He represented all that is good both in his professional and personal life. He will always be in my heart.
Gene Dierksheide
January 26, 2018
Dear Maureen and family, I am happy that you had so many wonderful years together! Dick and I always enjoyed talking with you and Bob at Jill's, discussing everything from the fabulous lake life, medicine, our faith and politics. He was such a kind sweet man and will be missed by so many people.
we are so blessed to have known him. Love you.
Lori Kiser
January 25, 2018
Shelby, I am so sorry for your loss. I know how much you loved to visit your uncle and Aunt Maureen. Take care and I will see you in March.

Judy
January 24, 2018
Roberta, I'm so so sorry to hear that you lost your dad. You and the family are in my thoughts and prayers. May his soul rest in peace,
Joyce Huntley
January 24, 2018
So sorry. Carolyn Mackey
January 22, 2018
I am so very sorry for your loss. Dr. will truly be missed. My thoughts and prayers are with all of you. God Bless you all.
Rita Owen - Cantu
January 22, 2018
A nice man for sure will be missed so sorry for your loss.
Mike Teri Dickman
January 20, 2018
HE WAS A WONDERFUL DOCTER. WE SEND PRAYERS AND LOVE TO THE FAMILY.
SHARON VALLE
January 20, 2018
My most sincere condolences to the family. I worked with Dr Gedert at Memorial Hospital. Such a kind and generous person. He will be missed.
Margo Capucini
January 19, 2018
Maureen, so sorry to hear of Bob's death. I so enjoyed our breakfast talks at Coffee Express and missed them when Bob was unable to come out anymore. Sorry I will not be able to make the funeral but you are both in my prayers.
Carole Kmetz - Marblehead
Carole Kmetz
January 19, 2018
Maureen, Paul, Roberta and Beth, you have our deepest Sympathy, Bob was a very kind and caring man.. I will always remember him as a great surgeon, he took good care of me. Your in our thoughts and prayers during this difficult time.
Carolyn & John Spieldenner
January 19, 2018
Maureen
So sorry to read of your husbands' death. I will remember you and the family in prayer. Bob was a good person.
Ruth Schwartzmiller Lucius
January 18, 2018
MY mother, Rosie Freeh worked as a nurse in his office for a while. She loved working with Dr. Gedert because he was so great and kind with his patients. I, Connie (Freeh) Riley worked with him as a RN at Memorial. All his patients admired him and so did us coworkers. My Dad,Jerry Freeh, also thought he was a great and kind man.
Connie Riley
January 17, 2018
Dear Mo and family,

Extending our deepest sympathy, knowing how close you and Buzzy were. Naturally you will be in our thoughts and prayers, remembering the many good times we shared including birthdays. Bob gave his all helping others.

Jeanne and Tom Gottron
Thomas Gottron
January 17, 2018
Maureen and family, Lee and I were sorry to hear about Bob, what a kind and caring person, loved by all. He will be greatly missed. Our Deepest Sympathy to all!
Lee and Sharon Bowden
January 17, 2018
Beth,
Thinking of you and your family at this sad time
Keri and her family as well as ourselves send our love.
Tim and Linda Kirwen
January 16, 2018
I just loved Dr. Gedert! He took care of me when I was 19 and very scared. He was kind and encouraging. May he rest in peace. So sorry for his family and you will be in my prayers!
Brenda Havens
January 16, 2018
We are so sorry Maureen. We sure enjoyed all those breakfast we had with you two. Will keep you in our prayers
Sandy and Dennis Kitchen
January 15, 2018
An Excellent surgen, A wonderful friend, You will never be forgotten!. Love You, Nancy (crna)
January 15, 2018
Showing 1 - 20 of 20 results