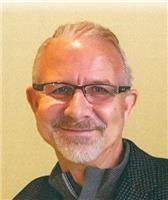 Don was born in Flaherty. He moved to Louisville in 1974 and worked in the fashion industry. He earned his BA and MA in theology from St. Mary's Seminary in Baltimore, Maryland. He was ordained a Roman Catholic priest for the Archdiocese of Louisville in 1987 and served as an associate pastor and hospital chaplain until 1993. Don immersed himself in Eastern and Western philosophies, theologies and spiritualities which he incorporated into his counseling, spiritual direction and teaching ministries. He felt honored to help others to enter peacefully into the wholeness of who they are. He ministered at Fox Hollow, in Dr. Louis Heuser's practice, and as a psychotherapist. He graduated with a Master of Science in social work degree and was a licensed clinical social worker in Kentucky, Indiana and Florida. Some additional professional accomplishments include serving as a chaplain for Hosparus, facilitating a breast cancer support group for 17 years, crisis counseling and traveling to Pass Christian, Mississippi, to volunteer as a mental health worker for the Red Cross following Hurricane Katrina. He was a co-host for the radio show "The Art of Healthy Living." His guided mediation CD "The Quiet" was released in 2007. He wrote articles on health and spirituality for Norton Healthcare's Get Healthy magazine. In April of 2016, he was interviewed on Metro TVs "Leadership Landscape."

Don was an avid runner, reader, meditator and lifelong learner. In December of 2012, he was diagnosed with squamous cell cancer and underwent treatment. In June of 2014, his cancer reoccurred. Don started journaling about his experience of living with cancer on the Caring Bridge website. His postings became the manuscript for his book: Life is NOW: "Living a Life of Peace in the Midst of Cancer." His book was published days before his death. Proceeds will endow the Life is Now Fund which Don established with the Norton Healthcare Foundation to provide financial support to families and patients of Norton Cancer Institute.

Don was preceded in death by his parents, Aloysius Anthony and Frances Celestine Hobbs Vowels; and a great niece.

Don will be deeply missed. He wanted to be remembered for being a good man. For those who knew and loved him, he far surpassed this aspiration. His legacy of goodness and compassion will live on through all he touched.

A memorial service celebrating Don's life is at 2:30 p.m Sunday, April 9, hosted by the Earth and Spirit Center, 1920 Newburg Road in Louisville. Parking is available in the lot next to St. Agnes Church. An outdoor reception will follow. A graveside service is at 11 a.m. Saturday, April 15, in St. Martin of Tours Cemetery in Flaherty.

If so moved, donations may be made to Donald M. Vowels Life is Now Memorial Fund through Norton Healthcare Foundation, the Kentucky Humane Society, CaringBridge or the cause of your choice.

Condolences may be expressed at www.Newcomerkentuckiana.com.
Published by The News-Enterprise from Apr. 4 to Apr. 9, 2017.
To plant trees in memory, please visit the Sympathy Store.
MEMORIAL EVENTS
Apr
9
Celebration of Life
2:30p.m.
Earth and Spirit Center,
1920 Newburg Road, Louisville, KY
Apr
15
Graveside service
11:00a.m.
St. Martin of Tours Cemetery
Flaherty, KY
Funeral services provided by:
Newcomer Funeral Home - E. Louisville Chapel
MAKE A DONATION
MEMORIES & CONDOLENCES
7 Entries
I was a patient of Don's for a very short time, several years ago. My sister, a therapist, just found and sent this to me today, November 26.

Don changed my life with one sentence. I was terribly frightened about something when I first went to him and one day, as I was leaving, still shaken, I asked, "Don, am I going to be OK?" He put his arms around me and answered, "Sharon, you already are OK. You just don't know it yet."

My entire outlook, trust and belief changed that day, because of these simple words.

I think of him and bless him all of the time.

Sharon Marx
Sharon Marx
November 26, 2017
Don was an amazing man who truly loved others, cared for others and gave of himself for others. He was a healer during his time on this earth and his empathy and compassion will be missed but also carried forth by all those who were touched by his gentle, healing soul. My path crossed Don's while working as a social worker and whenever you would see Don out in the community he was engaging other's in conversation or he was smiling. Often I would run into Don @ road races in Lville and yes, he was smiling after pounding the pavement for many miles. Don, your race on this earth is over so rest and know that you are greatly missed but your wisdom, love and courage lives on in all the lives you touched. Peace and love.

Cindy Horn
Cindy Horn
April 10, 2017
This world is now missing a Wonderful Person! A truly kind, compassionate, caring and bright individual who has both inspired and cared for many others. He helped to make this world a better place to live. I am looking forward to reading, his newly released book. This book is another gift from Don to others, because the proceeds, from his book, will continue to helping others. Thanks for helping me personally during this lifetime Don Vowels. I miss you!!
Debbie and Gary Ress
Friend
April 9, 2017
I am so sad for your loss! Donnie was always smiling and such a good person. May your comfort come from the life he lived and the numerous people he touched.
Steve Varga
April 8, 2017
Sweet man rest in the arms of the angels. From Epiphany to Fox Hollow and beyond...thanks for the joy and encouragement, the tears and laughter of Life. Although deeply missed you will live in the spirit hearts of all the lives you touched.
You remain a force of joy for me and I feel so blessed that our paths crossed in this lifetime...how genuinely lucky. God Bless you on this next journey, I know you'll be close. For your family, thank you for sharing Don with so many, may love and his huge smile fill you as you let go of his time here on earth. Till we meet again spread those wings of yours and soar.
Jean Elizabeth Grabowski
April 6, 2017
He was a lovely man with the sweetest disposition and quiet tone. Many years ago in Louisville he was one of our early friends and a kind soul. You will be missed.
Davis/Kasbaum
Friend
April 6, 2017
I am saddened to learn of Donnie's death. He was a fun friend from high school. His life's accomplishments are amazing! God's work is evident in his life and work.
Ruth Ann Mills-Moore
April 5, 2017
Showing 1 - 7 of 7 results