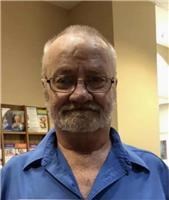 Johnny was a member of First Christian Church in Elizabethtown, a Vietnam veteran of the U.S. Navy and was a former driver for Yellow Cab.

He was preceded in death by his son, John Carl Probus; his parents, Delmar and Betty Probus and Rose Wilson; three brothers, Danny, Joseph and Gerry Probus; and two sisters, Joyce Marie Searcy and Carla Wilson.

The funeral is at 5 p.m. Sunday, Sept. 19, at Trowbridge Funeral Home in Elizabethtown with Brother Doug Mitchell officiating. Burial will be in Lebanon Junction City Cemetery..

Visitation begins at 1 p.m. Sunday at the funeral home.

The family requests those in attendance please wear their favorite University of Kentucky shirt.

To light a candle of remembrance and leave an online condolence, go to trowbridgefh.com.