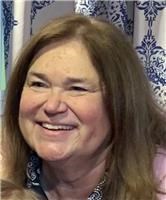 She retired from First Federal Savings and Loan as a senior underwriter and was a member of Radcliff United Methodist Church.

She was preceded in death by a son, Brian DePaul; her parents, Carroll and Sue Nelson; and two sisters, Claudia Moore and Donna Seelye.

A Celebration of life will be held at a later date at her home.
Published by The News-Enterprise from Aug. 28 to Aug. 31, 2021.
To plant trees in memory, please visit the Sympathy Store.
MEMORIAL EVENTS
To offer your sympathy during this difficult time, you can now have memorial trees planted in a National Forest in memory of your loved one.
Funeral services provided by:
Nelson-Edelen-Bennett Funeral Home
MAKE A DONATION
MEMORIES & CONDOLENCES
6 Entries
Frank and Brenda I am so sorry to hear of Susan's passing. Prayers for all of you.
Charlotte Oechslin
Family
September 1, 2021
I was so sorry to hear of Susan's passing. My thoughts and prayers are with you and your family. I'm here if you need anything.
Linda Hamm
Friend
September 1, 2021
May the love of friends and family help you as you grieve. And may God bless you and your family in this time of deep sorrow.
Ruben & Jeanette Gardner
Friend
August 29, 2021
I am here if you need anything
gerald berg
August 29, 2021
We were so shocked to hear of Susan´s passing. Our prayers and hearts are with you and the family.
Charlie and Sereita Seamans
Friend
August 29, 2021
Frank we are saddened to hear about Susan. We want you to know that are in our prayers and are here for you.
Larry @Linda Happel
August 28, 2021
Showing 1 - 6 of 6 results