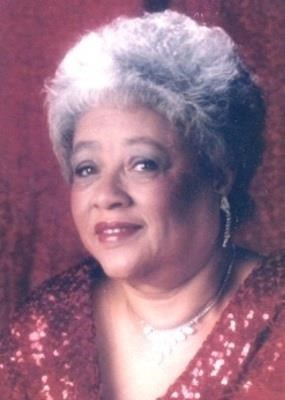 Barbara Louise Mansfield was born in Perryville, Louisiana on October 9, 1927. She was the first born of Reverend Luther Mansfield, Sr. and Mrs. Lureatha D. Mansfield. Mrs. Mansfield completed her early schooling in the Richland Parish School System. She did her undergraduate studies at Grambling College. She earned her Master's degree at Tuskegee Institute in Tuskegee, Alabama with further study at Northeast Louisiana University in Monroe, Louisiana.

Mrs. Mansfield received numerous awards and held many positions in numerous organizations. She was a member of Delta Sigma Theta Sorority, Top Ladies of Distinction and held the position of president of the National Federation of Democratic Women.

She was employed by the Morehouse Parish School Board for thirty-six years as a teacher, guidance counselor, principal and supervisor. After her retirement, she worked at New Vision Learning Academy in Monroe as a teacher and later as the School Food Services supervisor for several years. Mrs. Mansfield was a member of St. John Missionary Baptist Church and was the first female member of the Trustee Board for many years, a position she put her whole heart into.

Funeral services for Barbara Louise Mansfield will be held at 11:00 AM, Friday, January 8, 2016 at the St. John Baptist Church, Bastrop, Louisiana.


Published by The News Star on Jan. 8, 2016.
To plant trees in memory, please visit the Sympathy Store.
MEMORIAL EVENTS
To offer your sympathy during this difficult time, you can now have memorial trees planted in a National Forest in memory of your loved one.
MAKE A DONATION
MEMORIES & CONDOLENCES
1 Entry
A "Lady" of integrity and compassion. She will be missed.
Alice Grigsby
January 15, 2016
Showing 1 - 1 of 1 results