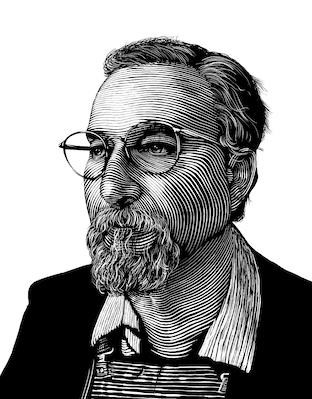 Natchitoches - Charles Brooks Hamaker, 59, passed away doing what he loved, brewing a brown ale at Cane River Brewery in Natchitoches, Louisiana on November 1, 2020.

Brooks was born on August 2, 1961 in Monroe, Louisiana, the first child of Charles L. Hamaker and Brooks E. Hamaker (Brooksie). He has two brothers Tom and Will Hamaker. Brooks was wed to Robin Michelle Bailey on August 23, 1984 and they were married 23 years. They raised their children Miles Franklin Hamaker and Charles Graham Hamaker in Abita Springs, LA.

Brooks was one of a kind. An intellectual, a historian including in the most trivial of topics, a charming raconteur, and a passionate chef and brewer. A true Southern character whose veneration of all things cultural: music, reading and writing, cooking - those things that make an ordinary life rich. He could spin a tale of tales to anyone who would listen. And listen they did.

Online condolences may be extended to the family at www.kilpatrickfuneralhomes.com.


Published by The News Star from Nov. 12 to Nov. 15, 2020.
To plant trees in memory, please visit the Sympathy Store.
MEMORIAL EVENTS
To offer your sympathy during this difficult time, you can now have memorial trees planted in a National Forest in memory of your loved one.
Funeral services provided by:
Kilpatrick Funeral Home
MAKE A DONATION
MEMORIES & CONDOLENCES
Sponsored by Kilpatrick Funeral Home.
1 Entry
Brooks, you were one of a kind. I will always cherish your coconut almond cake recipe.
Randi Macdonald
Friend
November 22, 2020
Showing 1 - 1 of 1 results