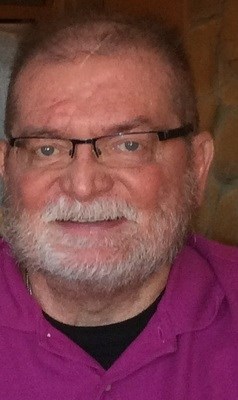 Brian attended Northeastern Illinois University, Chicago, where he met the love of his life, Jeannie Holda. Following college, he attended Northern Baptist Theological Seminary, Lombard, IL, receiving his Masters of Divinity degree. He subsequently answered a call to pastor the First Baptist Church, Fond du Lac, then became chaplain at St. Agnes Hospital, Fond du Lac where he ministered to many including hospice patients. Following that, Brian was an adjunct professor at Marian University, where he taught classes including Death, Dying and Hope. He next became a campus minister at UW-Oshkosh where he talked to students about their faith, took them on Habitat for Humanity work trips, and developed a clown ministry. Brian served as pastor of St. Paul's UCC Church, Oshkosh where he helped institute a contemporary service. He was involved in many organizations including E.S.T.H.E.R., a social justice group on behalf of which he helped institute the Warming Shelter in Oshkosh.

Brian had a zest for life that touched lives to numerous to count. He was genuine in his care for others and always made time for conversation. Brian's many friends and family will miss his unique laugh and the often mischievous twinkle in his eye.

A celebration of Brian's life will be held Saturday, February, 25 at 2:00 p.m. at First Congregational Church, Oshkosh with the Reverend Nancy Taylor officiating.

In lieu of flowers, donations may be made to the Crohn's and Colitis Foundation of America. 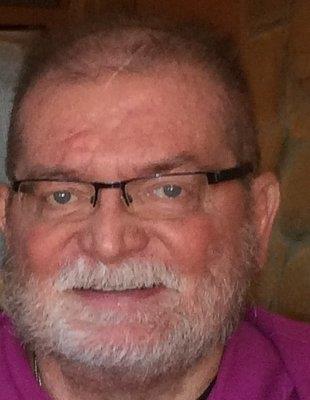 Published by Oshkosh Northwestern on Feb. 22, 2017.
To plant trees in memory, please visit the Sympathy Store.
MEMORIAL EVENTS
Feb
25
Celebration of Life
2:00p.m.
First Congregational Church
Oshkosh, WI
Funeral services provided by:
Konrad-Behlman Funeral Homes - Westside
MAKE A DONATION
MEMORIES & CONDOLENCES
Sponsored by Konrad-Behlman Funeral Homes - Westside.
12 Entries
In loving memory of a wonderful person. We will love you and miss you always. I was also a pastor in WI, and Brian was a colleague and friend. Enjoyed our conversations and times together. My wife, Dale, and Jeanne and Brian also got together occasionally. I realized that he dealt with Kroehns disease for many years. But he continued to serve the Lord and lovingly, caring and faithfully reached out to others. I served in Stevens Point and Lake Geneva before moving to Phila in 1989, serving on the staff of Phila Bapt. Assn. until retirement in 2012. Our love and sympathy to the family. We are strengthened and assured by Jesus promise that He has prepared a place for him. God bless each of you and our condolences and Christian Love. Rev. John and Dale Murrow, Havertown PA
Rev. John C. Murrow
Friend
August 26, 2020
Jeanie -
Jim and I were saddened to learn of Brian's passing. You are in our thoughts and prayers.
We remember our dinners with you and your family fondly.

Mary and Jim Klein
Mary Klein
March 1, 2017
Jeannie and Family
So sorry to hear of the passing of Brian. His road was not an easy one, but he's home and at rest now. Memories, especially of his many caring ways hopefully will carry you through the rough days.

Take Care and Love
Cousins John and Carol
John and Carol Bobeng
February 25, 2017
I knew Brian both as the pastor of my father's church and then when he worked for Marian University. He was a wonderful compassionate person and we had many wonderful discussions over the years. I am sure he will be very much missed by his new church family and many friends. Love to Jeannie and the kids. God bless you all and I am so thankful that he finally has received his healing in a place where there will be no more suffering or pain.
Sue Stoddart
February 24, 2017
Brian taught my very first class at Marian (THE 100) back in 2013. He was always a very kind gentleman. My condolences to his family and friends.
Garry Moise
February 24, 2017
Brian taught my very first class at Marian was with Brian. He was a very nice gentleman . My condolences to his family and friends.
Garry Moise
February 24, 2017
Brian befriended me when I first arrived at Marian. He always had a story to tell and a smile to share. I miss him. I am glad I had the opportunity to get to know him.
Lynda Schultz
February 24, 2017
I worked with Brian at Marian on several occasions and always appreciated his kindness and sense of humor.
Carl Kalwaitis
February 24, 2017
I worked with Brian at Marian University and with the Winnebago County Literacy Council. His kindness and caring for others was an inspiration.
Jan Edelstein
February 24, 2017
Jean and Family--
I had the pleasure of being in the clergy group that met in Neenah Menasha, which Brian also attended when he was able. I have since relocated...as has Lynne Spenser-Smith (our hostess for the group). I truly wish I could be with you in person on Saturday...but I am not able.
I remember Brian's Installation at St. Paul's in Oshkosh. I made him a Bete Noir (flourless chocolate cake).
May his rest be as sweet as his smile was...as sweet as his Spirit is...as sweet as that cake was.
May God's comforting presence enfold you during this time.
Rev. Kathleen Gloff
(Somers Community UCC)
Kathleen Gloff
February 23, 2017
Brian was a regular patron of the Oshkosh Public Library where I work. I enjoyed working with him when he came in as he was always pleasant. I wish I had known that he was a Reverend as I would have liked to explore that with him. I will miss seeing him at the library. I am sorry for your loss.
Lisa Rudolph
February 23, 2017
My sincere sympathy to Brian's family. I worked with Brian at St. Paul's. "Happy Trails" Brian.
Robin Oxley
Robin Oxley
February 22, 2017
Showing 1 - 12 of 12 results