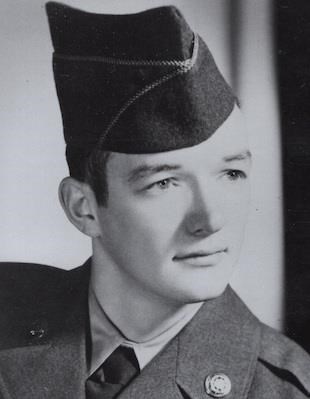 BORN
1933
DIED
2020
Oshkosh - Carl Gunnar Anderson, Jr., age 87, passed away unexpectedly at Aurora Medical Center on Sunday, December 13, 2020. He was born to the late Karl and Alice (Lauren) Anderson on November 26, 1933 in Chicago, IL. After graduating from Steinmetz High School, Gunnar joined the U.S. Army and was stationed in the Panama Canal Zone. He married Marilyn Jeanne Ulman, the love of his life, on August 21, 1954 in Berwyn, IL, and they were together 61 years until her passing on November 29, 2015. Gunnar was the owner of Anderson Instant Printing in Chicago and worked there for many years. He was a member at First English Lutheran Church in Oshkosh. He enjoyed jigsaw puzzles, fishing and was a very talented artist, painting numerous pictures for his family, working with stained glass, and making ceramics for his grandchildren. In their younger years, he and Marilyn enjoyed square dancing. Gunnar was an avid bowler, traveling with Marilyn to bowling tournaments all over the country. He was an enthusiastic Disney fan and spent many happy days at Disney World with his family. He had a great sense of humor and liked making other people smile.

In addition to his wife and parents, Gunnar was preceded in death by his brother, Arthur Anderson; grandson, Thomas Anderson; daughter-in-law, Barbara Anderson; brothers-in-law, William Ulman and Alfred Asciutto; and nephew, Thomas Asciutto.

The family wishes to thank the nursing staff at Aurora's ICU for making Gunnar's final hours so peaceful. A private service will be held later in the spring.

Published by Oshkosh Northwestern from Dec. 22 to Dec. 24, 2020.
To plant trees in memory, please visit the Sympathy Store.
MEMORIAL EVENTS
To offer your sympathy during this difficult time, you can now have memorial trees planted in a National Forest in memory of your loved one.
MAKE A DONATION
MEMORIES & CONDOLENCES
Sponsored by the Oshkosh Northwestern.
0 Entries
Be the first to post a memory or condolences.