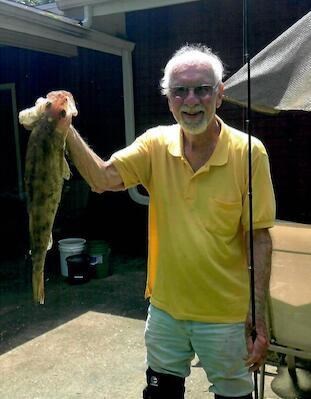 June 22, 2021 was a glorious day because Carl went to heaven and is at peace.

Surely the gates opened wide for such a good soul. We thank you, Lord.

He was born in Oshkosh, WI on March 31,1933, the eldest child of Anthony and Gertrude Lueck. He was born at home in the apartment above his uncle and aunt's tavern that, today, is Jansen's Bar and Restaurant. The big tree, still standing at the edge of the parking lot, shaded him as he played in his sandbox. Two days before his ninth birthday, the Lueck family moved to Simpson Street. It was the perfect homestead, large enough to accommodate all of Carl's siblings as the family grew: Cliff, Marie, Dorothy, Lawrence (Corky), Bernice, Eleanor, and Greg.

There were, of course, a few tiffs and scuffs along the way as they grew up... something about someone tying someone to a tree... In adulthood, Carl continued to love the role of big brother and their phone calls, cards, and visits. He was excited to be asked for input as Cliff wrote novels and honored to have one dedicated to him.

Carl attended St. John's Catholic grade school, where lifelong friendships were formed and treasured. He met Joan Kellermann, who would later become the love of his life. He attended the seminary. He attended Oshkosh High School and was elected class president and speaker at his graduation. He played basketball and baseball throughout his youth. He was a soda jerk at Sunlite Ice Cream and Joan often visited him there.

Following graduation, Carl enlisted in the Air Force. He was stationed in San Antonio, TX, Holyoke, MA, Washington D.C., and Hawaii. He was honorably discharged on February 25, 1956. His name plaque is included on the Military Wall at West High School. He was very proud of the Veteran's quilt he received from Keepsake Homemakers, requesting it be displayed at his funeral.

Carl and Joan were married at St. John's Catholic Church on December 20, 1952. They raised their three children, Annette, Carl Jr. (Cal) and Jeff, to have a strong work ethic, value and celebrate family traditions, care for family members, and reach out to others when they need help. They ate meals together, went to church and prayed the rosary together. Annual summer trips to the cottage and trailer, Harlem Globetrotters games, going along with their Dad when he refereed high school basketball games and trips to Minnesota to visit Joan's cousin are treasured childhood memories. Carl and Joan were devout Catholics that believed in providing Catholic education to their children, who all attended parochial schools. In earlier years, Carl was a member of the church counsel.

In addition to the military, Carl was an employee of Esser's Paint. Later, he followed in his dad's footsteps and wore a firefighter's hat, serving at Station 10.

He wore his 'family business hat' for most of his life, working with his dad and brother, Corky, at Lueck's Home Improvements, Inc. Carl was very proud to have his two sons join him at the family business, which has provided quality service to Oshkosh and the surrounding area for 63 years. To Carl, Lueck's was not just a business, it was his life's work. He was well liked and respected by those who worked with him and by the company sales representatives. He helped many employees over the years and was considered a 'guardian angel' to one of them.

Carl and Joan spent summer weekends at Evergreen Campsite and traveled to Las Vegas during the winter months as Carl loved playing blackjack. They took many trips with Ambassador's Club friends. He enjoyed meeting friends for breakfast and chatting with staff at his favorite lunchtime places. Carl also was an avid Packer and Brewer fan. Carl shot a hole-

in-one at Westhaven Golf Club on the eighth hole with a 7 wood. When answering machines were first used, he created a jingle for Mom and him that everyone still has in their memory.

Carl was a caregiver to his mom and to his in-laws, Leo and Mary, in their later years. He took excellent care of Joan and religiously visited her during her years at Sharehaven. If he learned that anyone needed help, he always reached out to them. Carl believed that is someone's darkest hour, God sends an angel to help. And he was that angel for someone many times.

Carl wore his 'Grandpa hat' proudly. Carl and Joan made holidays and birthdays special for their grandchildren and great-grandchildren. There was no place as wonderful as Grandma and Grandpa's on Christmas Eve. This magical time with them was filled with traditions, favorite foods and the memories their grandchildren hold most dear. They all remember Grandpa calling out their names as he handed out the presents that filled the room. Carl loved searching for hickory nuts in the fall and enjoyed selling them at the Farmer's Market with his granddaughter, Amanda.

On his birthdays, he reminded his grandchildren he liked it when they sang loud. For his 80th birthday, our family sang extra loud as the 80 candles glowed. Guitarist grandson, Chad, played the 'Grandpa Carl Song,' written especially for the occasion. Grandpa liked it so much he requested it several times during the gathering. He loved watching them grow to become outstanding adults. He was so proud of them. Grandpa: Our family tree has strong roots because of you and Grandma. You were the source of our most-loved traditions and the values you have shared will branch out forever.

His favorite hat, it goes without saying, was his 'fishing hat.' He loved fishing with his son, Captain Jeff. Carl loved to fish off of the dock at his home in May 'when the crappies were running off the dock". In this lifetime, Carl filleted more fish than there are stars in the heavens.

Daughter-in-law, Wendy, made yummy home cooked meals for him for many years after Joan's death. He was so grateful to her, and to son-in-law, Brian, for his expertise in many areas. Daughter-in-law, Bridget and Carl often went out to lunch together and enjoyed teasing one another. Carl appreciated the kindness, visits, Christmas cards and colorful drawings from a young couple and their children in the church parish, who he lovingly called his 'church family'.

He loved the pies Janet made for him and the helpfulness of neighbor, Gary. He appreciated the kindness of the owner of QuikPantry who had 'drive up service' for the morning newspaper for him when mobility became difficult.

Carl is further survived by his siblings: Clifford (Anita) Lueck, Marie (Tom) Welle, Dorothy Stahl, Bernice (Richard) Vajgrt, and Greg (Rebecca) as well as brother-in-law, John Maslowski, and sister-in-law, Faith Lueck. Carl has many nieces and nephews. He enjoyed spending time with them and receiving their cards on special days.

Carl was preceded in death by his wife, Joan, who he missed every day since her passing in 2010. Their devotion and dedication to one another was undeniable. His parents, Anthony and Gertrude Lueck, also preceded him in death as well as his in-laws, Leo and Mary Kellermann. Carl's brother, Lawrence (Corky), his sister, Eleanor Maslowski, and brother-in-law, Donald Meidl, also preceded him in death.

Our family extends their gratitude to the Assisted Living staff at Evergreen Retirement Community and Hospice Care who enjoyed Carl's sense of humor and his hat collection. We also appreciate the loving care and expertise of Dr. Xian-feng Gu, Dr. Phyllis Lee, and Dr. Elizabeth Mitchell.

He leaves a good name behind him, a priceless treasure purchased through the labors of a good life. We thank you, God, for our time with him. Our hearts will not forget the feeling of being loved by him. We give him back for Your keeping. 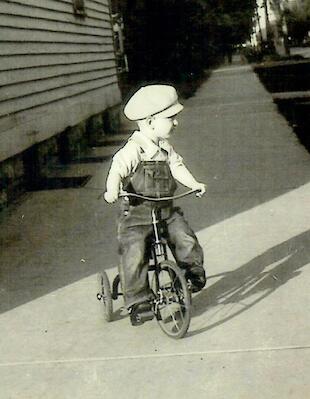