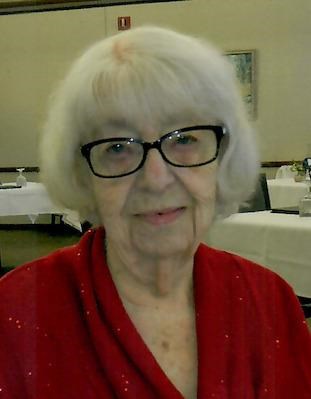 Carole was born in Manitowoc Wisconsin on May 2, 1928 to parents Emil and Dorothy Sohrweide. On August 30, 1947 she married Wesley Meilahn in Winneconne WI. Carole worked as a secretary for many years at the Oshkosh Ready Mix Company. Carole was an active member at her church, ELO Church of Nazarene. She was also a volunteer at Ascension Hospital and Aurora Medical Center. One thing Carole greatly enjoyed was trips to the casino with friends.

Carole was preceded in death by her husband; Wesley Meilahn, one son-in-law; Russell Schrank, two brothers (and one sister-in-law); Wayne Sohrweide and Donald (Janet) Sohrweide, her parents; Emil and Dorothy and in-laws.

Published by Oshkosh Northwestern from Jul. 23 to Jul. 25, 2021.
To plant trees in memory, please visit the Sympathy Store.
MEMORIAL EVENTS
Jul
26
Visitation
10:00a.m. - 11:00a.m.
Fiss & Bills-Poklasny Funeral Home
865 S. Westhaven Dr., Oshkosh, WI
Funeral services provided by:
Fiss and Bills Poklasny Funeral Home
MAKE A DONATION
MEMORIES & CONDOLENCES
Sponsored by Fiss and Bills Poklasny Funeral Home.
3 Entries
Judy ,Dave and Families , all my sympathy and thoughts are with you all.
Roxy Robl
Friend
July 26, 2021
My condolences to the entire family of Carole's. I worked with her on the sale of lots in her lovely, Imperial Hills subdivision! She was so easy to work with and will be missed by so many people. Paul Redemann
Paul Redemann
July 25, 2021
My sympathy to you and your family, Judy. I have fond memories of your mom.
Carol Zeitlow Parshall
July 24, 2021
Showing 1 - 3 of 3 results