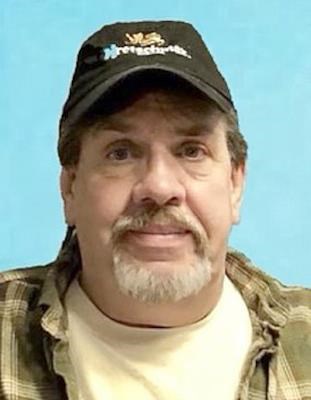 Redgranite - Douglas Todd Rohde, age 59 of Redgranite, passed away peacefully Sunday evening July 25, 2021 at his home under the care of ThedaCare at Home Hospice. He was surrounded by the love of his family.

Doug was born December 26, 1961 in Berlin, a son of Robert Lee and Carol Mae (Bartol) Rohde. He married Linda A. Yearwood September 30, 1988 in Oshkosh. Douglas had been employed as a tester at Oshkosh Defense (Truck) for 21 years, until June of 2020.

Doug loved spending time with his grandkids, riding motorcycle, and fishing. He had served his country in the Army and Army National Guard.

Survivors include his wife, Linda, his mother, Carol (the late Robert) Rohde of Berlin; a son, Alex (Ericka) Rohde of Kaukauna, a daughter, Kelsey A. (Justin) Shepherd of Redgranite; 3 grandchildren, Gabriel, Elliot, and Charlee; 2 brothers, Robert (Jackie) Rohde and Kevin (Sandy) Rohde, both of Neshkoro; and 2 sisters, Kelly (Steve) Wadel of Chilli, WI, and Kay (Jim) Schultz of Port Washington, WI. He is also survived by his father-in-law, Rich Yearwood of Land O’ Lakes, and mother-in-law, Sharon (Jim) Witzke of Sun City, Arizona, and a sister-in-law, Tami (Kenneth) Madura of Peoria, AZ, other relatives, and good friends, and his canine companion, Bradley.

Doug was preceded in death by his father, Robert Lee Rohde.

The Ruminski Funeral Home of Redgranite is assisting the Rohde family with arrangements. (920) 566-2313.