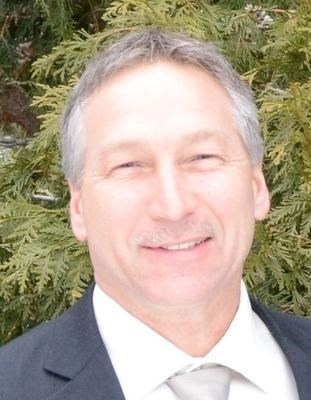 Gregory William Welk age 56, of Wild Rose, died suddenly at Theda Clark Hospital in Neenah, Wisconsin, on November 23, 2015 with his family by his side. He was a wonderful husband, father and friend with a huge heart that touched everyone he knew.

Greg was born on March, 5th, 1959 in Merrill Wisconsin to William L. and Lois M. (Ament) Welk. He along with his family moved to Kenosha, Wisconsin in 1965 where he attended all grades of school & graduated from Bradford High School He was active in sports such as football & wrestling and Boy Scouts-attaining the honorable rank of Eagle Scout. After graduating high school, Greg attended UW Parkside University.

Greg moved to the Wautoma area in the early 1980's where he began a career in carpentry and home construction. He eventually founded and grew his own successful business, Landmark Construction Central, LLC-specializing in residential and commercial construction.

Greg enjoyed hunting with his son Jordan and four-wheeling with his son Ethan. He loved working with his hands including woodworking, metal working and mechanics. He helped his father rebuild and customize an old Ford pickup. Along with his love for the outdoors and travel, Greg enjoyed sharing his faith as one of Jehovah's Witnesses and helping others find happiness in serving Jehovah God.

He was the oldest son of six children who included three girls and three boys. He was preceded in death by one sister, Linda Jackson and Nephew, Russell Jackson, of Kenosha in 2008. Also preceded in death are his paternal grandparents, William E. and Gladys (Batchelder) Welk and his maternal grandparents, Roman J. and Esther (Borchart) Ament, All of Merrill, Wisconsin.

Greg was a very caring, generous, happy and loving person who was always smiling. He is sadly missed by all!

Published by Oshkosh Northwestern on Nov. 27, 2015.
To plant trees in memory, please visit the Sympathy Store.
MEMORIAL EVENTS
To offer your sympathy during this difficult time, you can now have memorial trees planted in a National Forest in memory of your loved one.
Funeral services provided by:
Leikness Funeral Home
MAKE A DONATION
MEMORIES & CONDOLENCES
11 Entries
May the comfort of Jehovahs promises sustain you during this time. . Our thoughts and prayers are with you. Your sister in California (;
Kashara Davidson
December 16, 2015
To Karen and the entire Welk Family,
Please accept our deepest condolences on your profound loss of Greg. We are so very sorry to hear this sad news. You and your entire family are in our thoughts and prayers at this most difficult of times.
Your Friends and Classmates Bradford Class of 1975
December 2, 2015
I went to school with Greg, we were friends from Kenosha's North side. I am so sorry for you loss, you have my heartfelt condolences. He was a very kind person, even back then.
Rita Holm
December 2, 2015
Karen, sorry to hear about the loss of your brother. My thoughts and prayers are with you and your family.
Barbara Braze
December 2, 2015
May God bless you and your family in this time of sorrow.
Bill Friday
November 28, 2015
He was a very nice person!
Paula Patek
November 28, 2015
Bill&Lois We are so sorry to hear about Gregory's accidental death. My prayers and thoughts are with you and your family at this difficult time. Randy and Vivian(Welk) Schlueter.
November 28, 2015
Bill & Lois, We were so sorry to hear of the loss of your son. Our prayers are with you.
Jim & Pam Gust
November 28, 2015
We are so sorry to hear about Greg. He had a wonderful sense of humor and great smile. Jill, you made him so happy. He loved you and all 4 kids so much! We love you all.
Amy Stafford
November 27, 2015
Bill and Lois - My deepest sympathy. I think of the good times we had at your land getting wood from you and all the other fun times. I am so sorry this happened.
Barbara Hahn
November 27, 2015
My Deepest Sympathy Bill, Lois and Family.
Gloria King
November 27, 2015
Showing 1 - 11 of 11 results