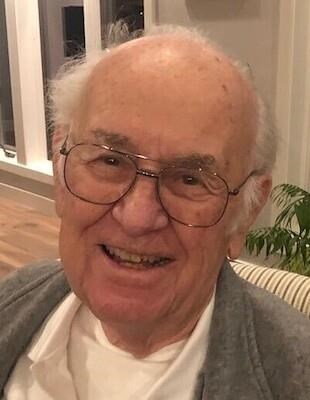 Ken was born on September 27, 1939, in Oshkosh Wisconsin. He was the son of Frank and Marie (Johnson) Hubli. He graduated from Winneconne High School in 1957 and attended the University of Wisconsin - Madison. Ken worked his entire 40-year career with Wisconsin Public Service and served our country in the US Army Reserve.

Ken married Marilyn Ruedinger on November 3, 1962, and together they enjoyed 59 years of marriage. He is survived by Marilyn of Oshkosh; one son, K. Scott (Rajan Vallinayagam) Hubli of Front Royal, Virginia and three daughters: Kristen (Robert) Cimera of Ravenna, Ohio; Gina (Gary) Biesinger and Lisa (Derek) Sharratt both of Winneconne. He is also survived by two sisters: Donna (Robert) Coffey of Newbury Park, California, and Carol (Glenn) Rand of Oshkosh as well as nieces, nephews, and in-laws.

In his younger years, Ken enjoyed hunting, fishing, and card playing with friends. In retirement, he will forever be remembered for his daily monitoring of the stock market. He should have invested in Coca Cola as there was almost always a Diet Coke in his hand. However, the most important thing to Ken was making sure he was able to provide for his family.

Ken couldn't have been prouder of his grandchildren (Luke and Alex Cimera, Jamie and Jordan Biesinger, Drake and Dylan Sharratt). You could see a sparkle in his eye when he spoke of them, their academic success, achievements in extra-curricular activities, and there was nothing he enjoyed more than watching their sporting events.

He was preceded in death by his parents, Frank and Marie Hubli, his sister Edee Wright, brother-in-law Clarence Wright and nephew Doug Wright.

The family would like to provide a heartfelt thank you to Joline, Tonya, Roberta, and the other members of the Hospice Team at Theda Care at Home for the support and loving care they gave to Ken and his family over the last 10 months.