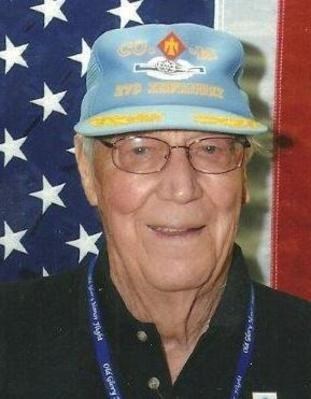 Leroy "Lee" F. Williams, age 87, of Oshkosh passed away with his family by his side on Saturday morning March 14, 2015 at his residence. Born July 21, 1927 in Redgranite, WI to William and Agnes (Kotkowski) Williams. Always has been very proud of both his Welsh and Polish ancestry. Graduated from Redgranite High School. Served in the Navy aboard the USS Currituck during WWII and was a medic with M Co of the 45th Division during the Korean War. Married Helen Albrecht on October 8, 1955 in Waupun, WI. Attended UW-Madison and graduated from UW-Oshkosh with a degree in Biology. Worked at Hrnak's as a grower and designer and then at the US Post office in Neenah from which he retired. After retirement did substitute teaching in the Oshkosh Public schools and then with the Unified Catholic Schools. Spent many hours volunteering with the Paine Art Center and Gardens, Winnebago Conflict Resolution Center, Oshkosh Senior Center and Oshkosh Community media. Was a construction captain during the building of Little Oshkosh. Was a over 50 year member of the Winnebagoland Barbershop Chorus, active in Learning in Retirement and a member of the American Legion. Enjoyed many outdoor activities and especially time spent on his "island" just outside Redgranite. He also went on the Old Glory Honor Flight in 2011.

He is survived by his wife; Helen Williams of Oshkosh. Daughter; Robyn (Terry) Goodhart of Plainfield, IL and son; John (Sue) Williams of Oshkosh. Grandchildren; Kimberly and Alex Williams of Oshkosh, cousin; Ruth Fleming and many wonderful nieces and nephews who he dearly loved. He was preceded in death by a son; Michael Quill Williams, sisters and brothers-in-law; Blodwyn "Bobbi" and Arthur Fraser, Elizabeth "Betty" and George Dahlke, Alvina "Jane" and Theodora Gromacki, brothers and sisters-in-law; Qwilym "Quill" and Alice Williams and Eifion Dewi "Dave" and Miriam Williams.

Memorial services will be held on Tuesday March 17, 2015 at 3pm at the Poklasny Funeral Home at 870 W. South Park Ave. Oshkosh, WI 54902. Chaplain John Nieman will officiate. Visitation will be held on Tuesday at the funeral home from 1pm until the time of service. Lee's family would like to give special thanks to Heartland Hospice for their wonderful care and support, especially Ann and Debra, Dr. John Weber and Dr. Edward Lake and their staffs for all the care given to him over the years and to Evergreen Creekview Rehab units for their great care. In Lieu of flowers a memorial fund will be established in Lee's name.


Published by Oshkosh Northwestern from Mar. 15 to Mar. 16, 2015.
To plant trees in memory, please visit the Sympathy Store.
MEMORIAL EVENTS
To offer your sympathy during this difficult time, you can now have memorial trees planted in a National Forest in memory of your loved one.
Funeral services provided by:
Fiss and Bills Poklasny Funeral Home
MAKE A DONATION
MEMORIES & CONDOLENCES
3 Entries
Lee was a wonderful man who will be missed. I had the pleasure of sitting by the river with him one day and hearing his stories of service, we thank you for your service to our country Lee. Helen, my thoughts and prayers go out to you.
George Truell
March 18, 2015
Uncle Lee, Will miss you very much. You were so much part of my and my family lives and you are leaving a huge whole in our hearts, but I know that you are with your many other love ones and now pain free. With a sad and loving heart saying "So long Unkie." Love, Georgie
March 16, 2015
Will miss you Tyde. Will always love you.
Sue Williams
March 15, 2015
Showing 1 - 3 of 3 results