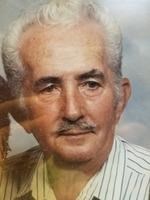 BORN
1925
DIED
2021
ABOUT
Olympia High School
FUNERAL HOME
Woodlawn Funeral Home and Cemetery - Lacey
5930 Mullen Rd SE
Lacey, WA
Orin Hebert
September 12, 1925 - November 30, 2021
Lacey, Washington - Orin Hebert was born September 12, 1925, the only son of Hector and Johanna Hebert, and passed on November 30th, 2021 at the age of 96. A viewing at Woodlawn Funeral Home will be held from 2:00 pm to 5:00 pm, Wednesday December 8th. The funeral service will be held the following day, Thursday December 9th at 10:30 am at Sacred Heart Catholic Church in Lacey, followed by the burial with military honors at Woodlawn Cemetery. A celebration of life will be held at O'Blarney's Irish Pub following the burial service beginning around 12:30 am to 1:00 pm.
Orin grew up in Mud Bay and attended McClain school as a young boy. He spent much of his time in the woods trapping and helping his dad log the local woods, learning to be a "high climber" using spurs to climb trees up to 150 feet tall. When not climbing trees he worked in the local wood mills.
He attended Olympia High School, graduating in 1943. As World War 2 had started in 1941, Orin joined the navy in 1942 as a high school student interested in becoming a pilot. Due to the number of active pilots, Orin chose to transfer to the fleet and serve on a ship in an active theater. He went to Quarter Masters School where he learned navigation and was assigned to the aircraft carrier Monterey. Orin fought in many "smokers", or boxing matches, where he became the fleet champion in his weight class for Task Force 58. Orin was awarded a Certificate of Recognition as a member of the first group of Americans' to land on the beach near Tokyo Japan, after the Japanese surrender.
After the war Orin attended Saint Martin's College on the GI Bill, where he graduated with a Bachelor's degree in Civil Engineering in 1951.
He met and married Therese Wolery who had been widowed with 3 children, Walt, Jeannette and Rita after her first husband's death from cancer. Orin and Terry had 2 more sons, Richard and Paul.
Orin accepted a job with the Army Corps of Engineers at Fort Lewis where he eventually became the Chief of Buildings and Grounds before retiring in 1991.
Besides family, Terry and Orin enjoyed bird watching, their home on Lake Lois, and supporting Saint Martin's College (University). Orin and Terry were consistent attendees at the men's and women's basketball and men's baseball games for decades. Orin was a founding member of the Saint Martin's Athletic Foundation promoting the athletic programs. He worked tirelessly to reinstate baseball after it was discontinued in the early 1970's and threw out the inaugural pitch for the first SMU Baseball game in 1996. Both Orin and Terry were inducted into the Saint Martin's Athletic Hall of Honor in 2009.
His son Paul passed away at the age of 23 and his beloved wife Terry passed away on February 7th, 2019, her 91st birthday. Orin is survived by his 4 remaining children, Walt, Jeannie, Rita and Richard.