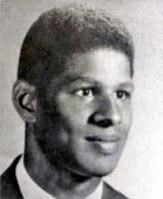 BORN
1949
DIED
2021
FUNERAL HOME
Funeral Alternatives of Washington - Lacey
2830 Willamette Drive North East
Lacey, WA
Ronald Michael Roberts
March 25, 1949 - September 22, 2021
Olympia, Washington - Ron passed away peacefully on September 22, 2021, after a long, tough battle with early on-set dementia, a stroke and Parkinson's. Ron was the third of six children born to Philip Roberts and Thiola Auzenne Roberts on March 25, 1949, at Marine Hospital (now Pacific Tower) on Beacon Hill, Seattle.
He was a 1967 graduate of Tumwater High School, where he participated on the football, wrestling and track teams. Ron later attended two years at Centralia Community College and worked several summers for the Washington State Department of Fish and Game.
Ron was a masterful carpenter; there wasn't anything he couldn't repair or build. He belonged to the local NW Carpenter Union and worked countless construction projects throughout Thurston County and Western Washington, and served as the union representative for a time.
Ron loved the outdoors and enjoyed a lifelong passion for fishing and clam digging. He discovered skiing later in life and spent many happy times on the slopes with his father, sons, siblings and their children. Ron was a creative cook with a green thumb and could grow just about any plant, mastering the art of bonsai. A music lover and a self-taught guitar player, Ron also loved spending time on his sailboat, which became his treasured refuge. He delighted in sharing his passion for sailing with his family and many friends. Ron was happiest when he fished and camped with his sons, Nicholas and Vincent. His sons were passionate Boy Scouts; Scoutmaster Ron so loved spending time fishing and camping with them and their fellow scouts.
Ron's father, mother and younger sister, Leslie Griffith preceded him in death. Ron leaves behind his sons, Nicholas, Vincent; his daughter, Hanna; siblings, Mona Thomas, Phyllis Davison (Rick), Tina Crary (Dave Mathews Sr.) and Philip Paul Roberts (Piper). Ron passed away without ever knowing what became of his grandson, Logan who has been reported missing since 2016.
Ron's family can never thank enough Ron's guardian Dan Smerken of Smerken Consulting Eldercare Services, for his professionalism, integrity and utmost care with Ron's medical and financial life; Dan's care went beyond what we could ever have hoped for. We also want to thank from the deepest and warmest bottom of our hearts, Jo Delosreyes, the CNA Proprietor for Canna Court Adult Family Home. The love and tireless care and compassion Jo and her family showered on Ron was infinite. Canna Court Adult Family Home care gave Ron a quality of life in his last years he would not have had in any other home. Jo and her family's care gave Ron the peace to let go when he was ready and there are no words to express our gratitude; we can never thank Jo and her family enough. We also would like to thank Funeral Alternatives of Washington for their professional services during our difficult time. We appreciate their kind and thoughtful service.
Ron's cremated remains will be scattered at his favorite place.
In lieu of flowers, memorial donations may be made to Canna Court Adult Family Home, 1128 Canna Court SE, Olympia, WA 98513.
Please share memories at www.FuneralAlternatives.org.

Published by The Olympian on Dec. 5, 2021.
To plant trees in memory, please visit the Sympathy Store.
MEMORIAL EVENTS
To offer your sympathy during this difficult time, you can now have memorial trees planted in a National Forest in memory of your loved one.
Funeral services provided by:
Funeral Alternatives of Washington - Lacey
MAKE A DONATION
MEMORIES & CONDOLENCES
Sponsored by Funeral Alternatives of Washington - Lacey.
1 Entry
Knew Ron in high school, we graduated together at THS. A good person. sorry for your loss..
William Schuler
December 6, 2021
Showing 1 - 1 of 1 results