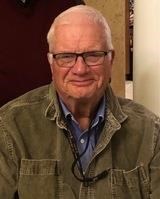 BORN
1938
DIED
2020
FUNERAL HOME
Funeral Alternatives of Washington - Lacey
2830 Willamette Drive North East
Lacey, WA
Tom Fell
February 27, 1938 - October 24, 2020
Olympia, Washington - Thomas E Fell was born in Chicago, IL, the middle of three children of Dr. Egbert Fell and Florence Warner Fell. Inspired by the charity work of his parents, Tom graduated from medical school at the University of Chicago, completed his internship at the University of Iowa, and then joined the U.S. Navy to serve his country during the Vietnam War.
He volunteered for two tours in Vietnam and was honored to serve as a General Medical Officer with the United States Marine Corps on village patrols and at a M.A.S.H. unit in Da Nang, Vietnam from 1964-1966. Moved by the incredible skills of those with whom he served, he decided to pursue a career as an anesthesiologist. Upon his return from Vietnam in 1966, he married Suzanne Mary Stanton at the University of Chicago Graham Taylor Chapel. The couple had 2 children and were married for 54 years at the time of his death.
After completing his anesthesia residency at the University of Washington in 1970, Tom was recruited by Dr. George Bray and Dr. Rodney Brown, and the three of them started an anesthesia group at St. Peter Hospital in Olympia, Washington. This was the beginning of a career dedicated to anesthesiology, volunteer work overseas, and serving the Olympia community.
In 1973, he took a year-long leave of absence and, along with Suzanne and his two young daughters, moved to Kingston, Jamaica to volunteer with Project Hope.
Upon his return to Olympia in 1974, he and Dr. Brown established Thurston County Medic One, the first public, county-wide, tiered response EMS system in the United States. Tom proudly served as its first Medical Program Director, trained some of the best paramedics in the country, and, as a result, improved cardiac arrest survival in Thurston County. He served on the Board of Medic One until 2018 when, after 44 years of service, he became the first member Emeritus. Dr. Fell also helped organize the St. Peter Hospital School of Nurse Anesthetists and aided in the plan for the hospital's original ICU unit. Dr. Fell's selfless devotion to the Olympia community saved and improved countless lives.
During the years of 1978-79 and 1981-82, Dr. Fell and his family moved to Kathmandu, Nepal, where he developed a program, through United Mission to Nepal, teaching nurses to become Nurse Anesthetists in order to deliver safer anesthesia. He eventually took his program all over the world, and, to adapt the delivery of anesthesia to any region of the world, he invented an anesthesia machine that could be used without power.
He continued his long, dedicated worldwide volunteer work teaching and administering anesthesia in Cameroon, Pakistan, Madagascar, Zaire, Malawi, India, Uganda, Vietnam, China, Mongolia, Eritrea, Uzbekistan, Tanzania, Armenia, Mexico, Columbia, Guatemala, Nicaragua, Ecuador, Togo, Ethiopia, and Liberia. He returned multiple times to many countries and often partnered with Health Volunteer Overseas, International Relief Teams, Global Relief and Children's Services and Mercy Ship. Though he was a long time member of Westminster Presbyterian Church his faith, he often said, was shown through his work.
After retiring from St. Peter Hospital in 2004, and not one to sit around, Tom continued his active involvement in the community. He volunteered with the Sea Scouts, was a Big Brother in the Big Brother Big Sister program, and tutored students at the Lacey Boys and Girls Club, Nisqually Middle School, Chinook Middle School, North Thurston HS, and the After School Tutoring Program at Good Shepherd Lutheran Church.
Tom, first and foremost, was a dedicated husband, father, and grandfather. He was heavily involved in the lives of his grandchildren, and nothing was more important to him than his family. His sense of outdoor adventure and travel took the Fell family to many outreaches of the Himalayas, India, SE Asia, Africa, and Europe. He also was a very passionate sailor, and the ocean was his second home. He spent many years racing sailboats in the Puget Sound and was an active member of the South Sound Sailing Society.
Dr. Fell is survived by his wife, Suzanne; his daughters Elizabeth Fell Pauldine of Seattle and Catherine Fell Niemann of Olympia; brother, Jack Fell, of Miami, FL; and his four grandchildren, Michael, Charlotte, Alex and Abigail, who all loved him very much.
Tom Fell was an extraordinary human: brilliant, kind, ever generous with his time and money, and loved by his family, countless friends, and coworkers. He touched many lives all over the world.
The Fell family is grateful to the Medic One community for their kindness and are honored by their support.
Remembrances can be sent to the Rodney Brown and Tom Fell Scholarship Award, c/o Thurston County Medic One, 2703 Pacific Ave. SE, Suite C, Olympia, WA 98501; The Boys and Girls Club of Thurston Co, WA – 2424 Heritage Ct. SW #301, Olympia 98502 directed to Lacey; and The Dr. Thomas Fell Endowed Scholarship in Healthcare Fund at SPSCC, 2011 Mottman Rd SW Olympia, 98512. https://spscc.edu/foundation.
A formal celebration of Tom's life will happen when we can all gather safely together. 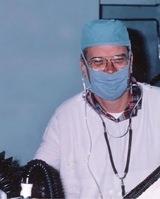 Published by The Olympian on Nov. 8, 2020.
To plant trees in memory, please visit the Sympathy Store.
MEMORIAL EVENTS
To offer your sympathy during this difficult time, you can now have memorial trees planted in a National Forest in memory of your loved one.
Funeral services provided by:
Funeral Alternatives of Washington - Lacey
MAKE A DONATION
MEMORIES & CONDOLENCES
Sponsored by Funeral Alternatives of Washington - Lacey.
13 Entries
In 1976, I moved from Maine to Washington and got a job working nights on the ICU-CCU Step Down Unit on 4th floor at St Peter. My 1st encounter with Dr. Fell was there, he was always a reassuring presence, willing to guide, answer questions, and supportive of our efforts. Two years later, I transferred to the OR and spent the next 15 years working with him thru scheduled cases , on call and urgent arrivals. There were many long hours, he was always professional, calm, helpful and caring. I will always remember him as the "grumpy teddybear", he cared about all of us, and we worked hard not to let him or the patients down. He will always be a special memory. Rest in peace my friend, your work is done, you will be missed. Condolences to your very special family.
Sylvia (Sue Duquette) Bitterling
Coworker
November 25, 2020
Dear Sue and Family,
Knowing and working along side Tom on water company business was a true partnership. Now reading through his life’s work I see I only knew a glimpse into the man. In the book of Ecclesiastes 7:1 it makes clear a good name is better than good oil....
Clearly this was true for Tom. I am very sorry for your loss.
He is truly missed.
I look out at the water and feel sadness that I will no longer see him rowing out.
Rebecca S.
November 19, 2020
I had the privilege of Tom taking 3 classes from me when I taught history at SPSCC. He was naturally an outstanding student and was always very pleasant. Sorry to hear of his passing.
Jim Vosper
November 15, 2020
We didn't know Tom well, but we knew Suzanne when she was the school nurse at St. Mikes. Our love to the family.
Tom & Kathi Rafferty
Friend
November 11, 2020
It was truly an honor to work with Dr. Fell over the years. Always a pleasure. He will be missed by everyone that knew him.
Cliff Rice
Coworker
November 10, 2020
My thoughts and prayers are with your family Tom.❤
You will be missed by many many people that worked with you over the years. You and Dr Brown established, in my opinion, the best Medic One system in Washington. Thank you for your dedication and caring to the medical field.
When I first started working with Thurston County Medic One in 1978 I was a little scared of you at first. As I came to know you and work with you I realized what an awesome guy you were. Thank you and say hi to Dr Brown when you see him.
Bette Shultz
Coworker
November 9, 2020
Dr. Fell was a remarkable human being. I count myself very lucky to have worked with him and known him. He enriched every life he touched.
Jack Vander Beek
Coworker
November 9, 2020
Dr.Tom so many kind words.... he would always give me a big hug and say nice to see you again. His passing is so sad. My deepest condolences
Paula Willadsen
Coworker
November 9, 2020
I worked with Dr Fell in PACU. He was an amazing doctor and friend. He is forever in my heart
Carol Huntley
November 9, 2020
I have know Tom since I was a nursing student in 1970. He has contributed so much to Olympia and to the world. He is one of the greatest men that I have ever met.
Alaine Schumann
Coworker
November 8, 2020
A life well lived.
Kevin Robinson
Friend
November 8, 2020
Words cannot express our feelings about this great man who was truly larger than life. We will feel his absence daily and keep him in out hearts forever. May his memory be for a blessing.
Jerry and Sheila Fay
Friend
November 8, 2020
Mere words cannot express how much I thought of this mountain of a man, Dr. Fell. He inspired, taught, listened, understood, and encouraged so many, including a new student nurse in training at St. Pete's. I can't ever remember seeing him wearing anything but hospital scrubs, always ready for whatever came next. Dr. Fell, you were a true hero for our time and a huge legacy to healthcare around the world. May your family find peace and comfort knowing how many respected Dr. Fell.
Debra Fischer McReynolds
Coworker
November 8, 2020
Showing 1 - 13 of 13 results