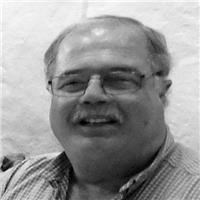 Ben was born in DuBois on Oct. 1, 1954 and was a 1972 graduate of DuBois Area High School. He then opened up S&S Kawasaki with his brother, Mike Simpson. Ben loved racing motorcycles with his brother. As teenagers and adults, they shared a passion for hunting, fishing and trapping, and spent many weeks fishing in Canada with their families and many weekends at Pymatuning Lake.

Ben was co-owner of Simpson Communications with his father, Ben Simpson Sr., for many years. Prior to that, he loved driving tractor trailer trucks for Riverside and other local companies. After his retirement, he drove school bus part-time.

During his early years, Ben was very involved in the scouting program and became an Eagle Scout. As an adult, he pursued that love of scouting as the assistant scout master of Troop 28 of DuBois. His entire life was centered on 12 Points of the Boy Scout Law, including being loyal, helpful, friendly, courteous, and kind. As a father, Ben instilled in his sons a deep love of nature and the outdoors, as well as the desire and importance of helping others.

In 1980, Ben married Barbara Brocious, also of DuBois. Together they enjoyed riding motorcycles, bicycles, long walks in the woods, camping, and taking groups of students and adults on tours all over the world. Ben enjoyed working on projects around the house and yard. He was very generous with his time in helping other people, especially with his backhoe.

Ben was an active, life-long member of Bethany Covenant Church in DuBois, where he served many years as treasurer. His deep faith and belief in Christian values instilled in him as a child by his mother made him a kind, generous man in his adult life. Ben never had a mean word to say about anyone. He defended those who were criticized by others and went out of his way to help those in need.

Ben and Barb have two sons, Paul Simpson and his wife Janelle of Rockton, and Karl Simpson and his wife Erica of Mechanicsburg; they all survive. Ben is also survived by his mother, Sandra (Stewart) Simpson of DuBois, his brother Mike and his wife Carol of Penfield; and Ben's sister Michele Hoover and her husband Dale of DuBois. Ben and his family were always very close.

Ben is also survived by his mother-in-law, Charlotte Brocious of DuBois; and six grandchildren, Avery and Addison Simpson of DuBois, Kyla and Keagan Simpson of Mechanicsburg, and Kayla and Hannah Gregory of Rockton. Ben also has numerous cousins, nieces and nephews.

He was preceded in death by his father, Ben Simpson Sr.; and his father-in-law, Carmon Brocious, both of DuBois; as well as his maternal and paternal grandparents.

The family is requesting that no fresh-cut flowers be sent due to allergies.

There will also be a Celebration of Life Memorial Service held at Bethany Covenant Church on 26 E. Long Ave. in DuBois on Saturday, Jan. 22, 2022 at 11 a.m.

The family suggests that memorial donations can be made to Bethany Covenant Church in DuBois or the Bucktail Council, Boy Scouts of America, at 209 First St., DuBois, PA 15801.