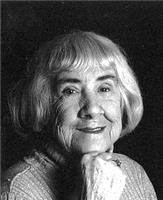 Mrs. Irwin was a graduate of Clearfield Area High School, class of 1945. She was a member of the West Side United Methodist Church, Clearfield, and enjoyed being a long time supporter of the Clearfield High School Band program.

In honor of Mrs. Irwin's wishes, there will be no services.

Beardsley Funeral Home & Crematory, Clearfield is in charge of arrangements.

To sign the on-line guest book go to www.beardsleyfuneralhome.com.
Published by The Progress from Nov. 29 to Nov. 30, 2021.
To plant trees in memory, please visit the Sympathy Store.
MEMORIAL EVENTS
To offer your sympathy during this difficult time, you can now have memorial trees planted in a National Forest in memory of your loved one.
Funeral services provided by:
Beardsley Funeral Home and Crematory, Clearfield
MAKE A DONATION
MEMORIES & CONDOLENCES
Sponsored by Beardsley Funeral Home and Crematory, Clearfield.
1 Entry
Mrs. Irwin was a good friend of my cousin, Dr. Raymond Robinson (Wellesley, Mass.), who graduated with her in the CHS Class of 1945. Raymond would ask me to check on Mrs. Irwin from time to time, and we would sometimes have lunch during our visits at Moena's when she lived at The Dimeling Hotel. I always enjoyed talking with her, and my cousin would be anxious to hear about our visits. I was sorry to hear of her passing. Condolences to the family. David Bailey, State College, PA (Retired Administrator, Clearfield Area Schools)
David A. Bailey
Friend
November 30, 2021
Showing 1 - 1 of 1 results