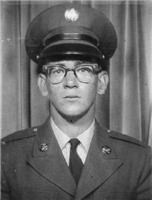 He was born on March 4, 1946 in Lock Haven, a son of the late Richard Summers and Pauline (Phillips) Rescinito.

Gary worked for NARCO for 35 years, and then later retired after five years with Appalachian Wood.

He was an avid fisherman, and enjoyed tying jigs and digging bottles.

Mr. Summers served with the U. S. Army attaining the rank of Specialist 4th Class.

In addition to his parents, he was preceded in death by a brother-in-law, Thomas Smeal.

Honoring Gary's wishes, there will be no public services.

Beardsley Funeral Home and Crematory, Curwensville is in charge of the arrangements.

To sign the on-line guest book go to www.beardsleyfuneralhome.com.
Published by The Progress from Jul. 28 to Jul. 29, 2021.
To plant trees in memory, please visit the Sympathy Store.
MEMORIAL EVENTS
To offer your sympathy during this difficult time, you can now have memorial trees planted in a National Forest in memory of your loved one.
Funeral services provided by:
Beardsley Funeral Home and Crematory, Inc. - Curwensville
MAKE A DONATION
MEMORIES & CONDOLENCES
Sponsored by Beardsley Funeral Home and Crematory, Inc. - Curwensville.
4 Entries
I will always hold my memories of Uncle Gary close to my heart. He was definitely one of a kind, he liked to pick on us, but he made me laugh so hard and I wouldn´t have changed him for anything in the world. Rest easy Uncle Gary. I love you
Aaron
Family
July 29, 2021
Mary, so sorry for your loss. Will keep you all in my prayers.
Debbie Folmar
July 29, 2021
I am sorry to hear about the passing of Gary. We graduated together and was a good friend. My condolences to Mary and the rest of his family. May he Rest In Peace.
George Snyder
July 29, 2021
I loved his clam chowder. He was a lovely man.
Kathy Oswald
Family
July 28, 2021
Showing 1 - 4 of 4 results