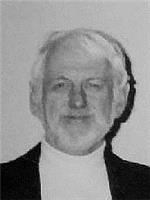 He was born on Nov. 4, 1932 in the Clearfield Hospital, the son of Kathryn (Hunter) Senser and Howard A. Senser of Clearfield.

Jack graduated from Clearfield High School in 1950 where he played varsity basketball, trumpet in marching band, concert band, orchestra and dance band, and sang in the boys and mixed choruses. He also played Junior Legion baseball and YMCA fast pitch softball. He graduated in the top fifth of his class.

While a student at Grove City College, Senser worked as a waiter, sang in the choir, played varsity tennis and completed four years of Air Force ROTC. He was elected Omicron Delta Kappa national honor society his senior year.

A civilian again, Senser taught high school math and English. He was awarded two National Science Foundation fellowships at Georgetown University and Penn State University. He taught math and English for 25 years in Pennsylvania, the Eastern Military Academy Long Island, N.Y., and in Tazewell, Va. where he coached tennis and started the astronomy club. The astronomy club did naked eye, binocular and telescope viewing on the heavens. He twice drove the club to inspect the radio telescopes at Green Bank, W.V. and invented a method for indoor telescope viewing of the constellations.

John loved to read and study history, biography, novels, mathematics, and names. He wrote the following books - The Green Marine (a light novel), Seven Short Plays for Reading, and Tracking the Hunters (a chronicle of 900 years of persons named Hunter). He also made artwork over the years.

Mr. Senser was the last of his generation. He is survived by extended family and friends.

He was preceded in death by his parents and his dear sister, Sally K. Senser Carns.

Per Mr. Senser's wishes there will be no public services.

Fond memories and condolences may be made to the Senser family at www.bennettandhouser.com