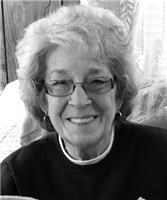 She was born on Dec. 12, 1943 in Shippenville, a daughter of the late Raymond and Sarah (Sherman) Rex.

She was a member of the Christ United Methodist Church where she served various positions and after its closing attended the Spring Valley United Methodist Church. She was also a member of the Elk Hose Co. Auxiliary, the Clearfield Election Board, and served several positions with the Philipsburg Mountaineer Camping Club. She worked as a waitress at St. Charles Cafe and was also a clerk at Palumbo's Meat Market for many years. Rose also helped out at the Living Bread food pantry.

Rose loved to go camping and sit around the camp fire. She enjoyed being around people and people watching. She also liked to bake, listen to polka music, and spend time with her beloved pets. Rose was an avid fan of 'Survivor' and never missed an episode. She will be remembered for always having a positive attitude and helping others.

In addition to her parents, she was preceded in death by a step son, James Kling; two brothers, John Rex and Gene Rex; and a sister, Meda Beichner.

Funeral services will be held at the Beardsley Funeral Home and Crematory, Clearfield on Saturday, Dec. 4, 2021 at 11 a.m. with Pastor Michael Knepp and Pastor Scott Schultz co-officiating.

Interment will be at the Hillcrest Cemetery, Clearfield at a later date.