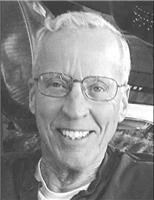 BORN
1943
DIED
2018
Lt. Col. David Robert "Rob" "Buff" Honodel (USAF Ret.) departed suddenly for his final Heavenly flight on Feb. 12, 2018. Born Oct. 9, 1943 in Waynesboro, Pa, he was the son of the late David E. and Ethel (Miller) Honodel.
He graduated from WASH class of 1961 and from Penn State in 1964. Shortly after that, he enlisted in the US Air Force and became a fighter pilot. He did 2 tours of duty during the Vietnam War, where he won numerous medals and awards including 2 Distinguished Flying Crosses, Meritorious Service Award and Air Force Commendation Medal. He was among the first to fly the A-10 (Warthog) along with the F4 Phantom etc. and retired after 22 yrs. of service only when the USAF asked him to fly a desk!
He then spent the next two decades as an Adjunct Faculty Member of the Daniels College of Business School of Accountancy at the University of Denver where his "Boot Camp" style of teaching earned him a reputation with incoming students but his passion for teaching combined with his sense of humor and belief that every student could succeed if they tried, led him to become one of the more beloved faculty members at DU. When he retired in 2015, they started a scholarship fund in his honor! During the next 2 yrs. he finished his first novel, a memoir which drew on his memories of being an F-4 pilot during the Vietnam war. The first print of "The Phantom Viet Nam War" is expected out this fall and will be available on Amazon & book stores. This was to be the 1st of a fictional trilogy (but now a single) and he was very proud of this accomplishment.
He and his wife of 22 yrs, Mary, built a cabin in the mountains of CO and loved to travel, enjoyed attending football games (Penn State & USAF Academy) and his beloved dogs. Since his retirement, they have spent winters in Texas and summers in CO. In addition to his wife, he is survived by 2 daughters, Amy Honodel of Nev. and Norah Lile (T.J.), son Todd Pitcher (Jessica) both of Colorado, 4 grandsons and 2 granddaughters , his twin sisters, Joyce Eyler (Ronnie) and Jean Kahl of Waynesboro, along with numerous nieces and nephews and a great nephew.
A Full Honor Funeral was held at Fort Logan National Cemetery in Denver, CO on Feb. 23rd 2018 with a following Memorial Service at the University of Denver. Memorial donations may be made to either Samaritan's Purse International Relief (www.samaritanspurse.org) or to the David "Buff" Honodel Endowed Scholarship at the University of Denver Daniels College of Business (https://access.du.edu/s/1150/interior2013/interior-giving.aspx?sid-1150&gid-15068&cid-25965&dids-519)

Published by The RecordHerald on Mar. 3, 2018.
To plant trees in memory, please visit the Sympathy Store.
MEMORIAL EVENTS
To offer your sympathy during this difficult time, you can now have memorial trees planted in a National Forest in memory of your loved one.
MAKE A DONATION
MEMORIES & CONDOLENCES
4 Entries
"Hons", as we called him in the early 1960's while students at Penn State, was a good friend and classmate. We lived in adjacent dormitory rooms for two years and were both accounting majors. In 2014, we reconnected through a Penn State Alumni Association program to share email addresses of alumni for the purpose of locating and catching up with old friends. Hons and I began exchanging emails and pictures in early 2014, and generally shared the years since we were last in contact. We both loved dogs, adventure, and the outdoors. I am grateful for that opportunity and saddened that he wasn't able to spend more time enjoying retirement after such a full life. I have just ordered a copy of his book about flying F-4's in combat during the Viet Nam War.
Doug Baxter
Classmate
November 22, 2019
Fly free, Bob! I have thought about you many times over the years.
Sue Lizer Beard
March 11, 2018
Now I know why Robbie came to mind a few weeks ago. Robbie and I went to elementary school together (old North Street). Then, his family moved and when we met again in high school he had become "Bob". But, to me he was still "Robbie". I found a pic of him, Ric and John in the old high school parking lot at the blue and white Ford they claimed to have painted with a broom and when it conked out in Baltimore they left it at a curb and walked away. All three are gone now. I have a pic of our second grade class in Halloween costumes, too. That was the class Robbie reminded me of during a gab fest and told me a secret. Ah, kids. It was nice reading that he contributed so much to our world and enjoyed doing it--especially if it included a cockpit. My sympathy to all his family and friends for their loss. My world is going to be sadder even tho I haven't seen him for over 50 years. He was one of those people it was just nice knowing he was around--somewhere.
Shy Wesen
March 3, 2018
Now I know why I was thinking of Robbie a couple of weeks ago. We went to elementary school (old North Street) together where he was "Robbie". His family moved and I didn't see him till senior high where he had become "Bob"; except to me he was still Robbie. I have some pictures of him, Ric, and John at that old blue and white Ford they claimed they painted with a broom and when it conked out in Baltimore they left it by a curb and walked away. They were real characters and they're all gone now. It sounds like Robbie contributed a lot to our world. These are the people who will be missed not only by family but by those they came in contact with. Yes, that was Robbie.
March 3, 2018
Showing 1 - 4 of 4 results