Alice Lorraine Skellenger was born in Seattle, WA to Vera and Charles Skellenger, when milk was delivered by horse-drawn wagons, and her elder twin brothers, Larry and Grant, always snuck the cream from the bottles. She was blessed with an incredible memory for song and poetry, and after playing the Pied Piper of Hamlin in third grade, knew she would be an actress. With financial help from her younger brother, David, later co-founder of the Skellenger Bender law firm, and a full scholarship, Alice attended the University of Washington and joined the School of Drama, then under the direction of Glenn Hughes. She performed in dozens of productions in the UW Showboat and Penthouse Theatres, and planned on moving to New York after graduation to pursue a career in theatre. However, in 1946 Alice met Ralph Hays, an Army Air Corps pilot, and in 1948 she left Seattle on a ship bound for Japan to join her new husband.Alice entered the next phase of her life as a U.S. Air Force wife and mother with pride and joy. Susan was born in Japan, Elizabeth in Illinois, Mark in Morocco, and Katrina in Delaware. During all of their postings, Alice always sang with air base and church choirs, directed community theatre plays, and read prodigiously. When Ralph retired in 1975, they bought property outside Vacaville, CA, and Alice entered another phase as a Realtor and broker. She served as President of the Northern Solano County Association of Realtors for many years, and was given multiple business and community awards for her service. She was a member of the Community Presbyterian Church in Vacaville for 40 years.Alice and Ralph traveled the world with friends and welcomed the grandchildren and great-grandchildren that came to extend their clan. A passionate supporter of the Oregon Shakespeare Festival, Alice attended plays in Ashland, OR for four decades, and took along the next generations of her family to instill (successfully) a love of live theatre. She was a water-woman from childhood, swam and water-skied, and rarely passed a body of water without exclaiming on its beauty, particularly Puget Sound, the place she described as "God's country."Predeceased by Ralph, Alice died in her home of 45 years in the presence of her family, having completed her umpteenth Los Angeles Times crossword puzzle just a couple of weeks earlier. She leaves behind a legacy of keen intelligence, deep appreciation of the arts, a love of water, and profound joy in family. Life well-lived, Bambi!Alice is survived by her sister-in-law, Marion Hays; children, Susan Ibarra, Mark Hays, Elizabeth Hays-Lohrey, and Katrina Hays; nieces, Kate Skellenger and Yvonne Sumner; grandchildren, Elyse, Christopher, Tiger, Jules, Scott, Jessica, Brittany; and great-grandchildren, Judah, Asher, Zoe, Elliana, Arius, Evangeline, Jaxson, Nathaniel, and Oziah.Donations in her name can be made to the University of Washington School of Drama Glenn Hughes Memorial Scholarship Fund. https://www.washington.edu/giving/make-a-gift/?source_typ=3&source=HUGHES
W00157400-image-1.jpg,W00157400-image-2.jpg 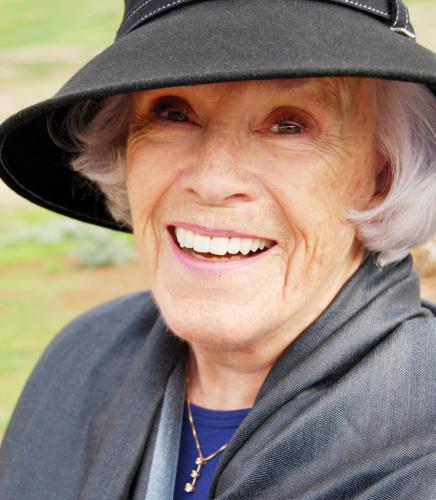 Published by The Reporter on Aug. 22, 2021.
To plant trees in memory, please visit the Sympathy Store.
MEMORIAL EVENTS
To offer your sympathy during this difficult time, you can now have memorial trees planted in a National Forest in memory of your loved one.
MAKE A DONATION
MEMORIES & CONDOLENCES
Sponsored by TheReporter.com.
4 Entries
Alice was always cheerful and gracious as well as entertaining. She will be greatly missed.
Michael and Mary Burns
August 22, 2021
Countless afternoons were spent at the kitchen table drinking iced tea. No matter how many times I tried copying her preparation of the beverage, it never tasted as good as when she made it. Our conversations over the years have been a blessing. I love you G´ma!
Scott Hays
August 22, 2021
My mother.
Katrina Hays
August 22, 2021
Alice was a wonderful, kind, talented and loving person. She gracefully and professionally presided over the NSCAR when I was entering the Real Estate profession. Later on she was a mentor to me in all things Real Estate and leadership. May she Rest In Peace.
Hal Alpert
August 22, 2021
Showing 1 - 4 of 4 results