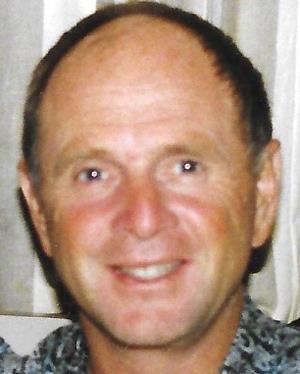 On the evening of Jan. 1, Jack "Mike" Millward Jr., passed on peacefully at his home in Vacaville after an extended battle with cancer.Jack graduated from Berkeley High School in 1962 where he played football and met his wife, Ann Sarzin. He attended San Francisco State University, majored in biology and played on the soccer team. It was there that Mike embraced his life-long love of all things science and prepared himself for a 33 year teaching career as a science teacher at Fairfield High School where he also coached football and golf. Jack touched the lives of thousands of students and athletes.He was also an enthusiastic competitor outside the classroom. He coached his sons Keith and Scott in baseball and soccer and often worked the clock at Fairfield High basketball and football games.After retirement Jack played golf and worked out regularly, traveled the world, enjoyed coffee, chess and comradery in many cafes. He was a beloved husband, father, brother, grandfather and friend.He is survived by Ann, to whom he was married 53 wonderful years; sons, Keith (Danielle) and Scott (Jessica); grandchildren, Owen, Riley and Logan, and by his brother, Newt. Jack will be dearly missed by friends and family, but will remain forever in our hearts. Donations toward the Jack Millward Memorial on Paradise Valley Golf Course can be made on his Facebook page.
W00140400-image-1.jpg

Published by The Reporter on Jan. 11, 2020.
To plant trees in memory, please visit our Sympathy Store.
MEMORIAL EVENTS
To offer your sympathy during this difficult time, you can now have memorial trees planted in a National Forest in memory of your loved one.
MAKE A DONATION
MEMORIES & CONDOLENCES
Sponsored by TheReporter.com.
4 Entries
Ann,

I'm so sorry for your loss. I didn't get to meet him when he was alive. That would have been so fun. I was in Kelyne Campbell-Townsend's class for 1st, 2nd and 3rd grades at Orchard School. Hope you and your family will recover soon.
Ryan Sherman
January 17, 2020
Dearest Mrs.Millward,
I was so sorry to hear about your husband's passing. What a handsome man he was!
Please reach out if you would like. My second career is Library Tech at WCW. I work "school schedule" and would love to have lunch with you during my off schedule.
My daughter, Meghan Sherman also sends her condolences. She's working at Rubio's in town dayshift and loves it.
Take care and sending love-
Teresa Cosper
Teresa Cosper
January 17, 2020
Teresa Cosper
January 17, 2020
SUCH a nice person. Loving embrace to you all.
Nancy Miller
January 11, 2020
Showing 1 - 4 of 4 results