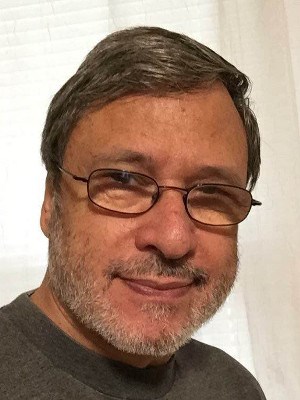 BORN
1950
DIED
2016
Joseph George Szabo of North Wales Joseph George Szabo, 65, of North Wales, PA, passed away Tuesday, February 2nd, 2016 at his home, just two days shy of his 66th birthday. Joe was born February 4th, 1950 in Budapest, Hungary to Jozsef and Erzsebet (Solyom) Szabo. He graduated from the Academy of Journalism in 1974. On July 19, 1975 he married the former Flora Toth of Budapest, Hungary. In 1980, the couple took the brave leap in fleeing the communist country in search of freedom. Joe worked as a writer and editor for various companies, including WittyWorld, an international cartoon magazine he founded. He was a passionate risk taker, boundless world traveler, and world-class debater. He never once lost an argument. Joe’s friends described him as having an infectious personality with a continuous thirst for knowledge. He had a life-long love affair with politics, swimming, ping-pong, chess, dark chocolate, and collecting artifacts from the various countries he’d visited. Joe took fashion cues from no one. His typical attire consisted of a short-sleeved patterned button-up, cargo shorts with at least 6 pockets, and brown sandals with black socks. Joe marched to the beat of his own drum and was a proud man. He loved his family dearly and excelled at giving gifts that were unique in every way imaginable. He thoroughly enjoyed telling stories and spending time with his children and grandchildren. Joe is survived by his three sons, Ago Denes Szabo and his wife Megan of Dover, DE, Sylvo Joseph Szabo and his wife Alyson of Brownstown, PA, Dominick Zoltan Szabo and his wife Joy of Mercer Island, WA, and his two daughters Veronica Flora Szabo of Alexandria, VA, and Cecilia Victoria Szabo of Alexandria, VA; six grandchildren: Owen, Cole, Kylie, Mia, Sophia, and Sylvia Szabo; brother Zoltan Szabo of Baltimore, MD; and several nieces and nephews. He was preceded in death by his parents, Jozsef and Erzsebet, and his sister Agota Bardos (Szabo). A celebration of life service will be held between the hours of 1:00 and 6:00 pm, Saturday, February 13th, 2016, at Christopher Dock High School 1000 Forty Foot Lane, Lansdale in the chapel/cafeteria. Memorial contributions can be made to the International Spring Festival, Lansdale Public Library, 301 Vine Street, Lansdale, PA 19446.
Published by The Reporter from Feb. 8 to Feb. 9, 2016.
To plant trees in memory, please visit the Sympathy Store.
MEMORIAL EVENTS
Feb
13
Celebration of Life
1:00p.m. - 6:00p.m.
Christopher Dock Mennonite High School
1000 Forty Foot Lane, Lansdale, PA
MAKE A DONATION
MEMORIES & CONDOLENCES
Sponsored by TheReporterOnline.com.
19 Entries
Missing my Uncle Dodi and praying for the repose of his soul and for the family. Sending love to all Dodi's loved ones.
Vicki Trujillo
February 2, 2021
I'm sorry to read this. We knew Joe and Flora 30 years ago in North Wales. He was everything that everyone has said about him. It's not a cliche to say he will missed.
Tom Sloan
August 9, 2016 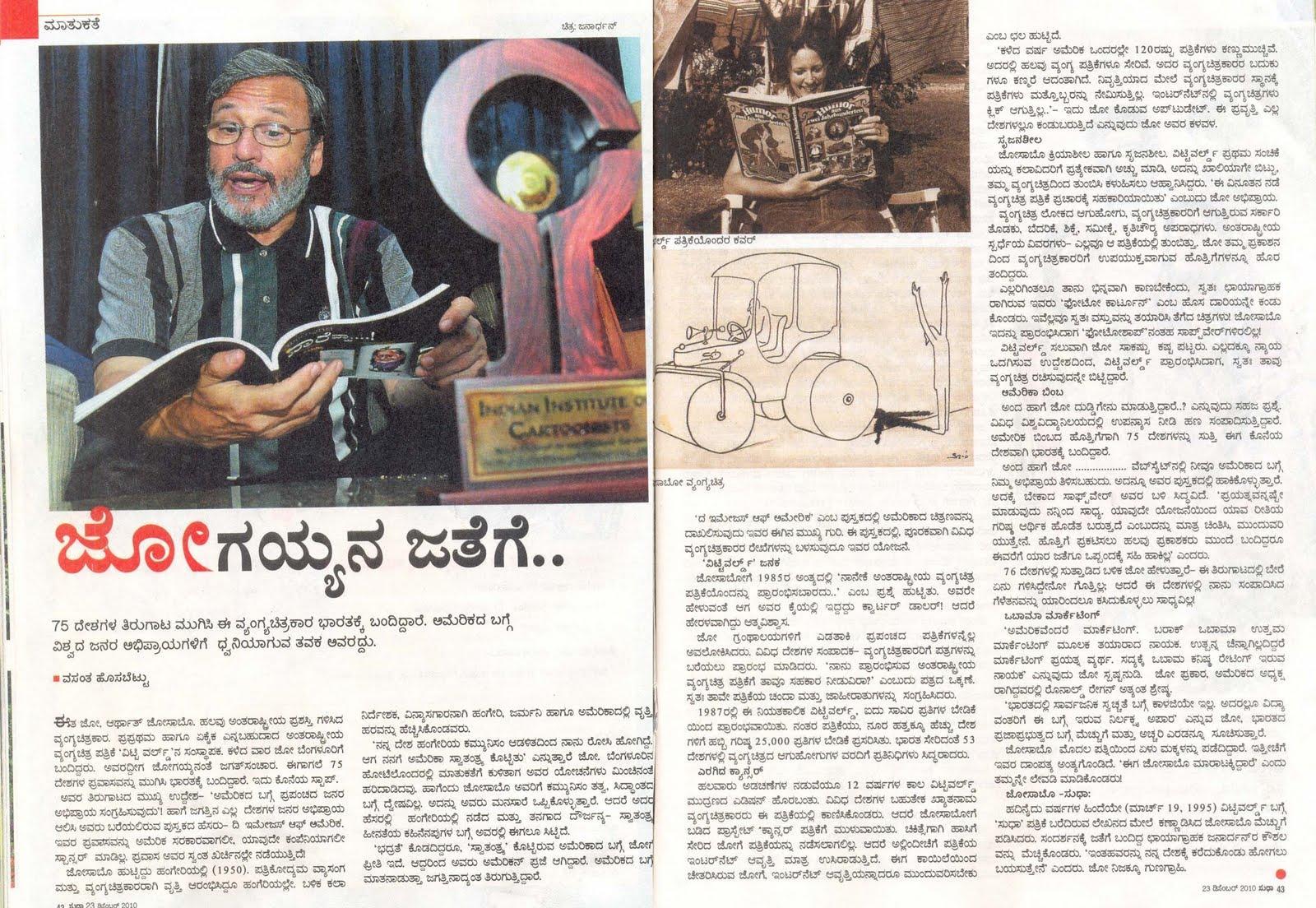 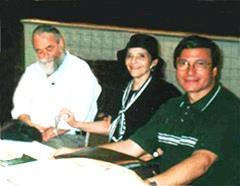 MY HONOR TO THE "WITTYWORLD" FOUNDER, JOE SZABO ,AND FRIEND ARTIST- AS WW.FOREIGN EDITOR I PARTICIPATED SINCE 1988, IN TWO OF THE INTERNATIONAL CONGRESS THAT SZABO, PROMOTE,WITH WISSDOM AND PEACE, BETWEEN CARTOONISTS AND COUNTRIES-
RAQUEL ORZUJ- "ms. orzuj"-URUGUAY
March 13, 2016
We would like to extend our deepest condolences to Joe's family. His passing came as quite a shock to us. It was because of Joe introducing us to the Heimann family that we visited and later decided to move to Australia. Last week we were all together and we toasted Joe. We also told some funny stories about him, and that helped our hearts through all of this. May your soul find peace, Joe.
Mark and Debbie Tamplin
February 12, 2016
Joe Szabo was a friend and inspiration to cartoonists all over the world. His passing leaves a big blank white space on the page.
Larry Feign
February 12, 2016
My Dear Friend,

May Your last infinite journey be blessed to the Haven, let there be sunshine, may the rain wash your face, and when the wind caresses may you think it was me.

Remembering you with love,
many embraces for your great family,

Zilia
Lívia Zilahi
February 12, 2016
Joe was a "witty" cartoonist who was with his family a dear friend.
John & Diane Fisher
February 10, 2016
I remember your stories, your zest for life and will always be grateful to you for hiring me at the Tri County Record. Your light will shine on through your wonderful children and your global friends. I know the Blessed Mother is holding you in her arms. Rest in Peace dear friend. Carol q
Carol Quaintance
February 10, 2016
Joe was a dear friend and colleague to me. We worked together on several of his websites and he broadened my horizons in many ways. I will never forget his passion for his family and the many strangers that he met along his many travels. Somehow they weren't strangers any longer after he smiled and listened to their stories. Throughout all the troubles he experienced in his life he maintained a beautiful sense of humor and a joy of life. I will miss him.

My deepest condolences to his family.
Mercer Sisson
February 10, 2016
All my love and condolences to the family of my dear uncle. His pursuit of our family history and book he published about it have been a priceless gift for our generation as well as future generations. Much love,
Hajnalka Klieman
February 9, 2016
Thank you for always valuing our family ties. Thank you for the beautiful books you wrote and put together on our family history! Thank you for that wonderful surprise 75th birthday party you threw for my dad! What a wonderful, joyful memory for us to treasure! We miss you terribly and hope and pray to all be reunited with you in Heaven when the time is right for each one of us! Love, Vicki and Trujillo family
February 9, 2016
Szabo family,
Deepest sympathy to you at this so difficult time. May God Bless and comfort each of you.

Sincerely,
Truong family.
February 9, 2016
I will miss you, Dódi bácsi! Thank you for always being supportive and your tireless efforts to bring our family together! I can't believe I'll never hear your distinctive voice again. Your untimely passing has been a lesson to me in the importance of appreciating the people in my life. I look forward to seeing you at the mother of all family reunions on the other side:)
Monica Szabó-Nyeste
February 8, 2016
Flora and Family,

Deepest sympathy to you at this difficult time.
May God bless and strengthen each one of you.

The Jaros Family
February 8, 2016
I have a million amazing memories in the szabo house. It's impossible to choose one. I think it's best just to communicate how I felt getting to grow up with you guys. Sense of humor has trickled down through the generation from your dad to all of you as well as love of history in Ago's case, art for Sylvo and Veronica, and love of swimming for Dominick....intelligence for Cecilia and all of you..your dad always had some random bit of knowledge to share and I remember exploring his office when he wasn't around. I cherish every bit of laughter, every intense conversation, every Hungarian lesson, every family dinner and will feel forever blessed to have known your dad and all of you. I'm sending so much love your way during this time and I hope you feel the outpouring of it from everyone in your lives as your family has done for me and I'm sure many others.
Joanna Snyder
February 8, 2016
I am honored and blessed to have known you as a friend You were truly a blessing in my life and I will miss you.
Márta Karsai
February 8, 2016
Losing someone we love is nothing easy, but knowing that we have been able to be a part of the life of that person, we can realize that we are blessed to have been able to share in his life before he went to rest in eternal salvation. My condolences.
Márta Karsai
February 8, 2016
Showing 1 - 19 of 19 results