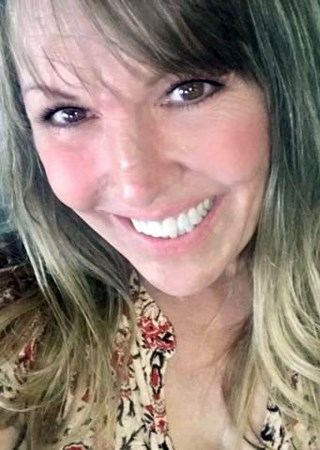 Debbie was a homemaker and received her master's degree in Forensic Psychology in 2016 at the Chicago School of Professional Psychology. She adored nature, the outdoors, all animals, flowers, but most of all, being called Momma Deb. She had an energetic smile, and a wonderful belly laugh. Debbie will be missed very much. She was preceded in death by her father, David L. Johnson.

Debbie is survived by her husband, Chris Deering; her stepchildren, James and Vincent Deering; her mother and stepfather, Bonnie (Denis) Rochon (nee Lyons); her brother, David D. Johnson; and her father-in-law and mother-in-law, Rick, and Connie Krone.

Per Debbie's wishes, she will be cremated. A Celebration of Life will be held at a later date at the family farm.

To plant trees in memory, please visit our Sympathy Store.
Published by The Southern Illinoisan on Jun. 18, 2021.
MEMORIAL EVENTS
No memorial events are currently scheduled.
To offer your sympathy during this difficult time, you can now have memorial trees planted in a National Forest in memory of your loved one.
Funeral services provided by:
Kassly Mortuary
MAKE A DONATION
MEMORIES & CONDOLENCES
Sponsored by Kassly Mortuary.
1 Entry
Oh no!! What happened??! She's such a sweetheart. Tell me what happened.
Cathie Morgan
Friend
June 18, 2021
Showing 1 - 1 of 1 results