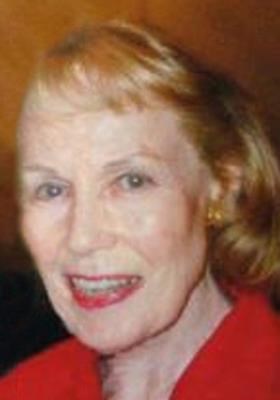 FUNERAL HOME
Southern Utah Mortuary (Cedar City)
190 NORTH 300 WEST
Cedar City, UT
Virginia Leah Herrick Garrison (known by many as Alannah), age 99, passed away on January 29, 2016, at the home of her caregiver and long time friend, Jackie Williams Robertson, in Provo, Utah. She was born at her family home in the small community of Elwah, Port Angeles, Clallam County, Washington, on June 13, 1916. Virginia was welcomed by her parents, Henry Bert Herrick and Elizabeth B. Casner, and two brothers, John Wilbert and Grant.

She was raised on the family ranch where she developed many skills and talents. Her mother was a professional seamstress and taught Virginia the art of sewing at the age of five. She learned to sew on an old treadle machine and was making her own clothes by the age of nine. She designed and created all of her own costumes and personal clothing. During the depression, she and her mother left the ranch to support themselves and found their sewing skills were in great demand.

Music was her first love and she started piano lesson at the age of six. Since her teacher was a fine musician and had a beautiful contralto voice, Virginia learned to sing as well, and performed her first vocal solo when she was eleven.

Later in life, she became involved with musical theatre, which took her to New York. While in New York, she became a hat model for the Harry Conover Agency. When they learned she designed her own clothing, she was asked to create a petite line for Macey's Department Store. She was not able to complete that request, when her mother was taken ill, and she returned to Hollywood, California, to care for her.

A few days after her return to California, a man approached Virginia, claiming to be an agent who represented movie actors. At first, she was suspicious. However, his claim turned out to be legitimate and she was employed steadily as "one of the girls" in B-Westerns for the next three years, from 1950-1952. Some of her movies were, FRONTIER PHANTOM (Lash LaRue), MONTANA DESPERADO (Johnny Mack Brown), SILVER RAIDERS (Whip Wilson), I KILLED GERONIMO (James Elision), VIGILANTE HIDEOUT (Rocky Lane). Additionally, she played in the CISCO KID T.V. SHOW, GENE AUTRY SHOW, and COWBOY G-MEN. She made fourteen movies and a serial, ROAR OF THE IRON HORSE. The latter was her favorite work, since she was able to use her riding and horsemanship skills, which the producers appreciated. Virginia further impressed them with her ability to shoot a rifle.

While in an interview for another role, she met Omar V. Garrison, a handsome gentleman who had been a war correspondent during World War II and was currently a syndicated columnist for the Los Angeles Times-Mirror Company. Omar fell for her like the proverbial "ton of bricks" and they dated regularly. Virginia told Omar her dream was to sing opera. He then told her he was being transferred to Cinecitta in Rome, Italy, and asked if she would like to study voice, while he did his column. They were married on September 10, 1952, in Los Angeles, California. Virginia, an operatic soprano, subsequently sang leading roles, while in Italy.

Virginia and Omar traveled abroad extensively, but finally purchased their first home in Cedar City, Utah, in 1977. They had no children of their own, but soon fell in love with the Williams children who lived a few doors away. They treated these children, Carolyn, Chase and Jeff, as if they were their own grandchildren and enjoyed spoiling them. While residing in Cedar City, Virginia was active with the local drama club and was also a member of the Southern Utah Chorale, performing many solos during her participation with the group. Omar and "Alannah" moved to Las Vegas, Nevada, in 1996 where Omar died, a short time later, in 1997.

Virginia soon became acquainted with a gentleman from her church, James "Dick" Madigan, who remained her friend and companion until his death. Both James and Alannah relocated to Utah in January 2009, where he moved to an assisted living center, and she lived with her unofficially adopted daughter and friend. Alannah continued to visit Dick everyday until his death in 2014.

Virginia was a cherished and loved part of the Williams/Robertson family for 38 years, and received solicitous care from Jackie and her husband, Victor Robertson, as well as other family members. She will be greatly missed by the family who will always remember her pleasant nature, her wonderful sense of humor, and her efforts to be adaptable and easily satisfied. Virginia had no surviving family of her own. Gratitude is also extended to Tender Care Hospice, who rendered kind assistance.

Funeral services are scheduled for 11:00 a.m. on Saturday, February 13, 2016, at Southern Utah Mortuary, located at 190 North 300 West, Cedar City, Utah. Viewing will be held from 9:30 to 10:30 a.m Saturday, February 13th at the mortuary. Interment will be in the Cedar City Cemetery, together with the ashes of her husband, Omar, under the direction of Southern Utah Mortuary. Online condolences can be made at www.sumortuary.com. 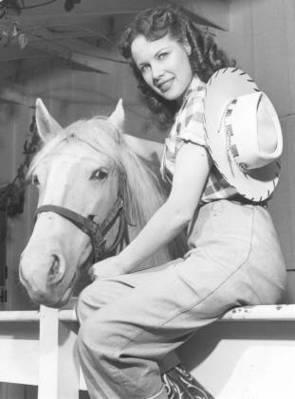 Published by Spectrum & Daily News from Feb. 11 to Feb. 12, 2016.
To plant trees in memory, please visit our Sympathy Store.
MEMORIAL EVENTS
To offer your sympathy during this difficult time, you can now have memorial trees planted in a National Forest in memory of your loved one.
Funeral services provided by:
Southern Utah Mortuary (Cedar City)
MAKE A DONATION
MEMORIES & CONDOLENCES
1 Entry
We so loved my Aunt Virginia. She was such an incredible woman, so beautiful and gracious. She will be missed.
Denney & Nancy Strong
February 11, 2016
Showing 1 - 1 of 1 results